Learn more about the health benefits of yoga directly from a certified yoga teacher! Discover what changes take place in your body after one session, a couple of months, or a few years of yoga.

My story, as well as yours, is as personal as it may be. I believe, however, that our stories are united and we are all connected by what we want to bring and cultivate in our lives: a state of self-satisfaction, happiness, serenity, ease (as opposed to “troubled soul “,”heavy mind “,” heavy head”,” heavy body “).

My adventure with Yoga started in 2014. I was 30 years old then. I couldn’t tell exactly what drove me into yoga: curiosity, the desire to recognize the human and spiritual nature that binds each one, the way I can recognize and overcome certain limitations, a personal state of balance and harmony. But as soon as Yoga entered my life, the gates opened.

In 2015 I was graduating the 200-hours accreditation course as a yoga teacher and in January 2018 was receiving the Yoga Alliance accreditation for 500-hours, in India. Meanwhile, other trips to India and Nepal have opened doors for Ayurveda (“Science of Life”), Yoga Therapy, Buddhist Meditation.

The impact of Yoga in my life is a huge one, through the changes brought to my personal and professional life, the people I met and their life stories. And how I found my way.

I was and I remain a pragmatic person. Yoga is a tool I use to support maintaining a state of physical, mental and emotional harmony. And this is also the way in which I pass on this knowledge: through personal experience and its proven utility, answering the current needs of the society and the individual.

The amazing fact about Yoga is that this 5000-year-old philosophy has come so much in the interest of modern science and medicine, and the results confirm the benefits of this practice for good health and well-being. As medical evidence stand the testimonials of those who participated in the numerous studies, validating the health benefits of yoga. Yes, Yoga works!

During these modern times when the rhythm of life is becoming faster and more demanding and the individual is almost continually in the position of “doing” and “producing”, it is no wonder that we are becoming more and more disconnected from our own body and from what we really feel. And the consequences of stress (mental, physical, emotional) become more and more visible:

Yoga, through its well-known limbs spread in the West – Asana (physical postures) and Meditation – is recognized as a way of reducing stress, building physical and emotional strength, promoting a state of well-being. 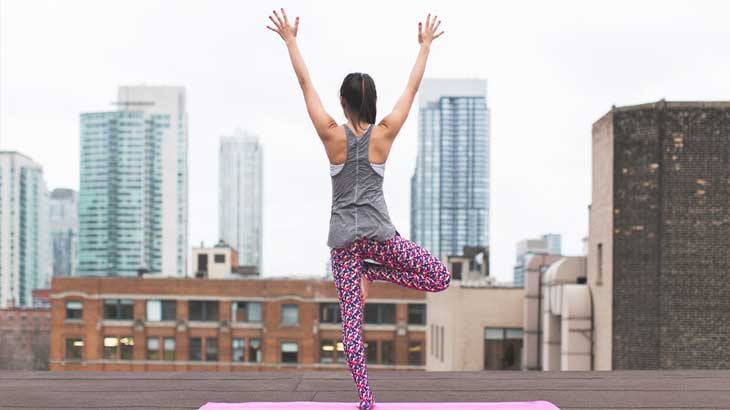 Health Benefits of Yoga – after a yoga session

Just 20 minutes of Hatha Yoga – a traditional form of Yoga Asana that emphasizes postures and maintains them in a meditative and contemplative state – can improve cognitive function, stimulate short-term memory and concentration ability. (Source: University of Illinois)

Changes in the structure of DNA

This is the result of a recent study that analyzed the implications at the molecular level, yoga influencing beneficially the immune cells. (Source: Australia study)

Health Benefits of Yoga – after a few months

In a pilot study conducted by the University of India, researchers have found that practicing yoga over a period of several weeks contributes to lowering blood pressure for people with mild to moderate hypertension.

The South Korean University study went further, analyzing the effectiveness of yoga and meditation on people with hypertension. Thus, both yoga and meditation have contributed significantly to the decrease and normalization of blood pressure, where Meditation has played a significant role in people over 60, and Yoga has had a more pronounced effect on people under 60 years old.

A recent study by one University in the United States has revealed that specific breathing techniques (Pranayama) integrated with the Yoga practice lead to a significant increase in lung capacity and quantity of the expelled air.

A Harvard study has shown that yoga contributes to improving the sexual life: stimulating excitement, increasing libido, reducing pain during intercourse, orgasm and general satisfaction for women. Yoga also helps women to connect and become familiar with their own body.

A study conducted by the University of Geneva has shown that practicing Iyengar yoga (a style based on the traditional Hatha Yoga system that emphasizes correct alignment and using props) is effective in reducing pain and improving the quality of life in adults suffering from chronic back pain or neck pain.

Perhaps one of the latest studies on this topic, published in 2018 by the University of Iran, showed that 12 weeks of HathaYoga supports reducing anxiety and depression.

Better control of the blood sugar levels in people with diabetes

Hatha Yoga practice added to a typical diabetes care regimen leads to normalization of blood sugar levels in people with pre-diabetes and type 2 diabetes, as shown by the studies of several prestigious universities in the US and India. Moreover, it is noticed decreased body mass, normalization of lipid and cortisol levels and improved quality of life in patients with diabetes. (Sources: S-VYASA India, Institute for Research and Medical Education in India, Unites States University.

Following a twelve-week Iyengar yoga program designed for older adults (the average age of 68 years old) has led to improved balance and mobility, according to a study by the Institute for Global Health in Australia. 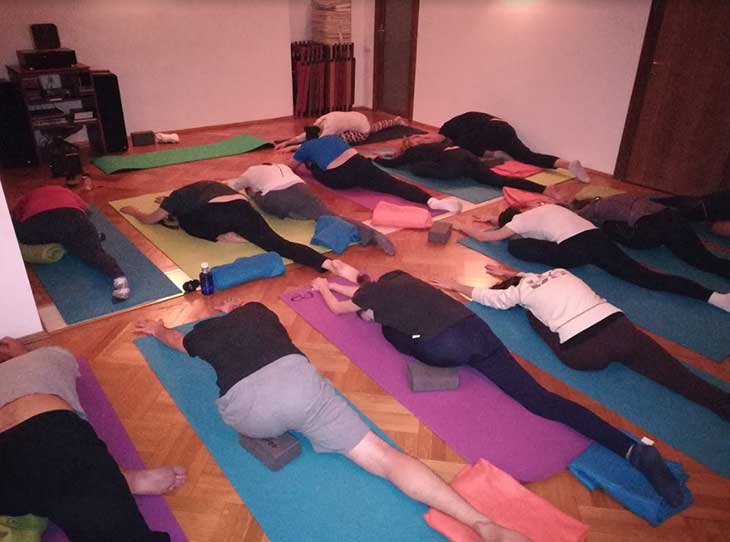 Health Benefits of Yoga – after a few years

A 10-year study conducted by the University of New York highlighted the benefits of practicing yoga (with a daily program of 12 minutes only!) for the increase of bone density, as examined by scanning the bone mineral density of the study participants. Consequently, it has come to light that yoga leads to the regression of osteoporosis.

Moreover, a study conducted by the Institutes of Orthopedics and Physiotherapy in India for a period of over 6 months led to the improvement of the mineral bone density of women with menopausal osteoporosis.

Following the study led by the Seattle Institute, researchers have discovered that regular yoga practice supports maintaining a normal weight in adulthood and contributes to reducing body weight in people with obesity.

Adopting yoga as part of a healthy lifestyle leads to the reduction of cardiovascular risk, a result confirmed by the Institute of General Medicine in India, which is also correlated with total cholesterol reduction.

Also, the study of the Indian Medical College conducted over a group of postmenopausal women (between 45 and 60 years of age with a 5-years menopause) highlighted the improvement in heart rate variation (HRV) and the reduction of cardiovascular risk.

What would you want to prevent or treat through Yoga? What are your challenges for which Yoga can offer the support you need?

Mirela Ivaz is a Yoga Teacher and Ayurveda Lifestyle Counselor. She is certified by the Yoga Alliance RYT500 and STED Council, obtained in India, where she travels regularly for perfecting her yoga teaching skills.

Mirela is particularly attracted by the direct interaction with people, driven by curiosity and passion for sharing her personal knowledge and experience. She teaches yoga in Bucharest, leads workshops and regularly organizes relaxation and revitalization camps in Romania.

Find out more about Mirela through her blog www.ivaz.ro