This vegan chocolate banana bread is extremely easy to make and has a rich, decadent chocolate taste you’ll love!

This is a simple chocolate banana bread but you can think of other ways you can adapt this versatile recipe. You can opt for the chocolate glaze topping I used in the cake recipe, add some chopped walnuts inside or as a topping, mix it up with peanut butter and so many other variants. Imagination is the limit!

This is a very easy recipe, all you have to do is pretty much just mix and bake! It was tested multiple types and turned out perfectly each time, so don’t worry, it will rise nicely and taste amazing! 🙂

I also added some sliced banana on top and inside, so you can have a little surprise with each slice of this chocolate bread. You can see how it looks, in the photo below. 🙂

Also, this vegan chocolate banana bread recipe is gluten-free!  I used my favorite gluten-free flour, Mix It Universal by Schar. 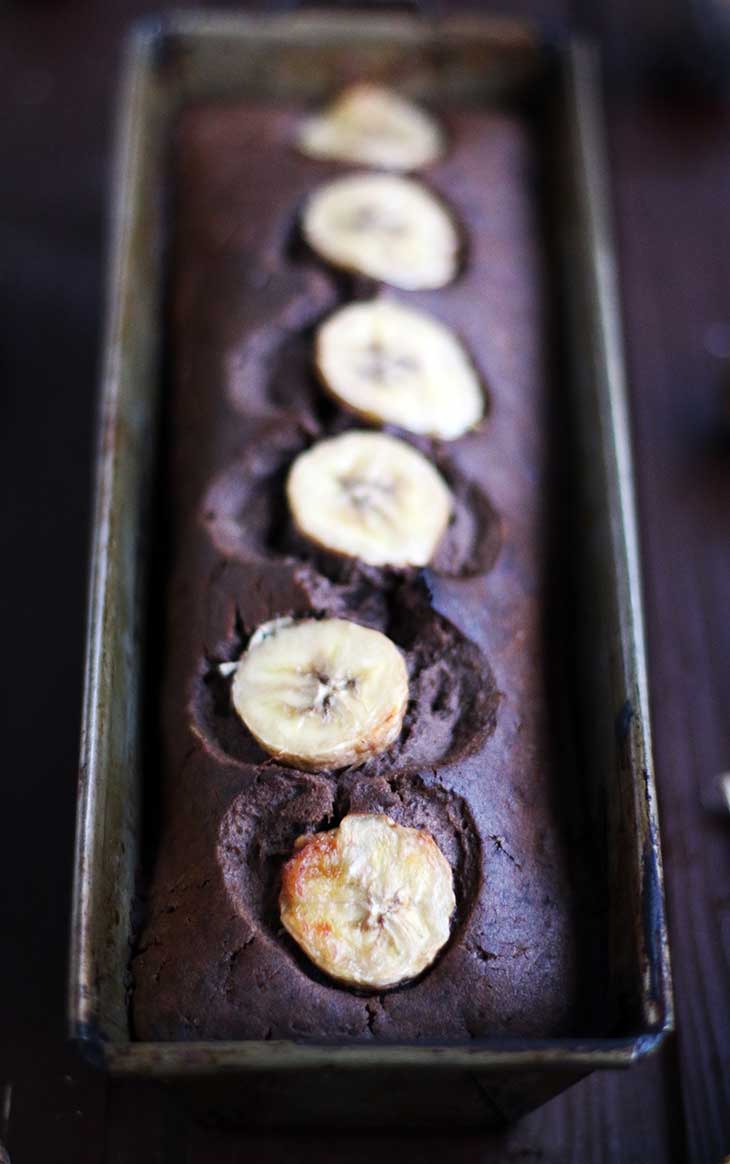 What really brought banana bread into being, was baking powder! Or, more accurately, the acceptance of baking powder by American housewives as a baking ingredient. Banana bread became very popular in American cookbooks around the 1930s and some variations include: banana raisin bread, banana nut bread, chocolate chip banana bread, and banana bread muffins.

As a little bit of backstory, let me tell you that bananas first appeared in the United States in the 1870s and it took a while for them to start being used as ingredients for desserts. Naturally, it happened, and we’re really thankful for it. I’m sure that a banana based dessert is definitely on your list of favorites!

As for why American housewives came up with this banana bread idea, some food historians believe it was one of the effects of the Great Depression. During this time, people had to make do with the food that they had available because it was hard to come by and it was expensive. That’s why housewives found a way to use overripe bananas instead of throwing them away.

Nonetheless, other historians believe that banana bread was developed to promote the use of flour and baking soda products. If you ask me, I think that the resourceful housewives theory seems a lot more spontaneous which makes it more likely in my eyes. But that’s just me!

Hope you’ll give it a try and let me know how this turned out for you! This gluten free banana bread recipe is perfect if you want to impress your friends and family! 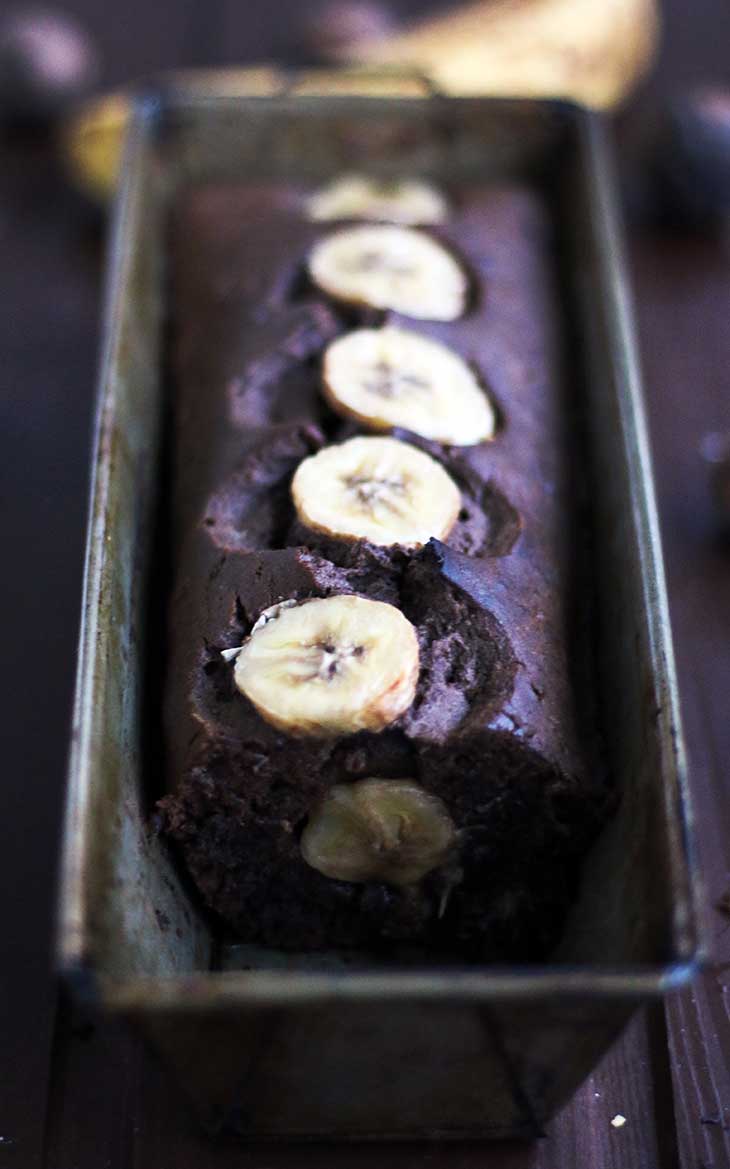 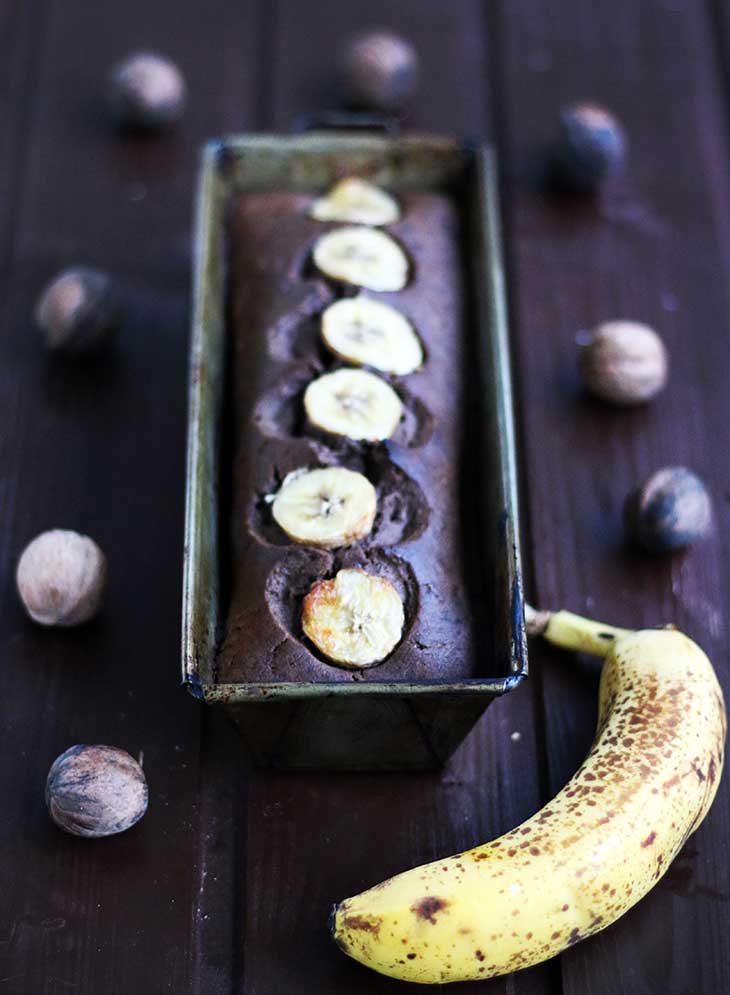 Can you make this with almond or coconut flours?

I don't know. I don't think it will rise the same, the texture may be a little off too. You can use these flours if you make it with eggs. I once made an almond flour bread with eggs and it was ok - a bit denser and with a strong almond taste, but quite good.

Great recipe! Turned out exactly like you said! Loved it!

So happy! :D Thanks, Christianne!