You’ll be amazed by the abundance of flavors in this pizza recipe and how well all these ingredients blend together. Drizzle some tahini on top and enjoy an awesome vegan pizza recipe with oriental flavors. 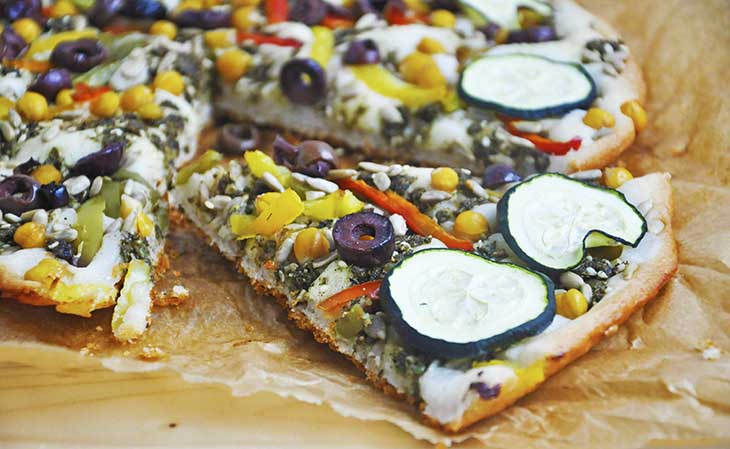 I wanted to use eggplants instead of zucchini for this recipe, but there’s a funny story behind the reason why I didn’t. 🙂 I asked Costin to go and buy some eggplants because I didn’t have any in the house. So he did. He came back and said he could only find these weird imported eggplants and that they were expensive too. I got curious because I knew that eggplants weren’t supposed to cost that much here. That’s when I saw that he bought zucchinis instead.

Of course, I couldn’t stop laughing and made fun of him all day because he didn’t know the difference between zucchini and eggplants. Now he does! 😀

Anyway, you should use eggplants instead of zucchini, or maybe even both. Also, use pine nuts instead of sunflower seeds like I did. I couldn’t find any at that moment. 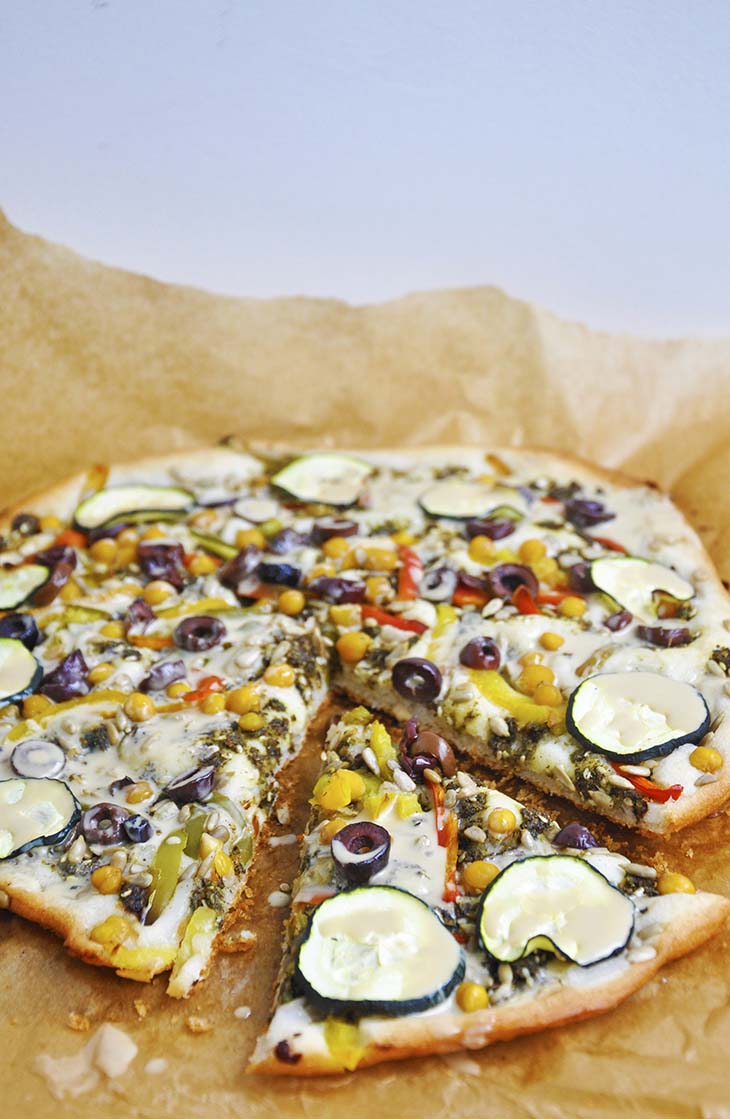 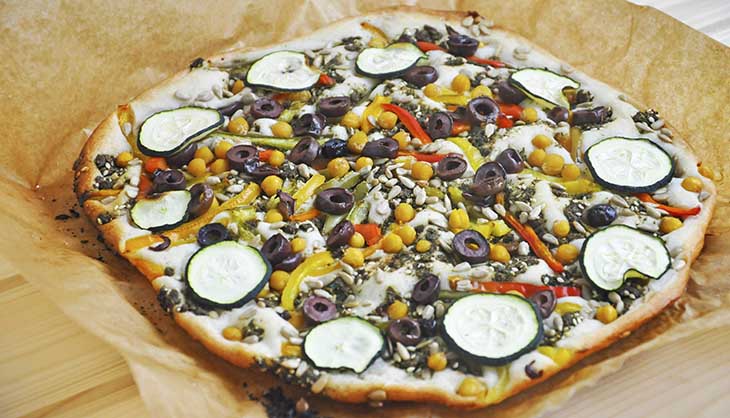 The tahini sauce really makes a different. I absolutely love this pizza! Thank you for sharing ^_^