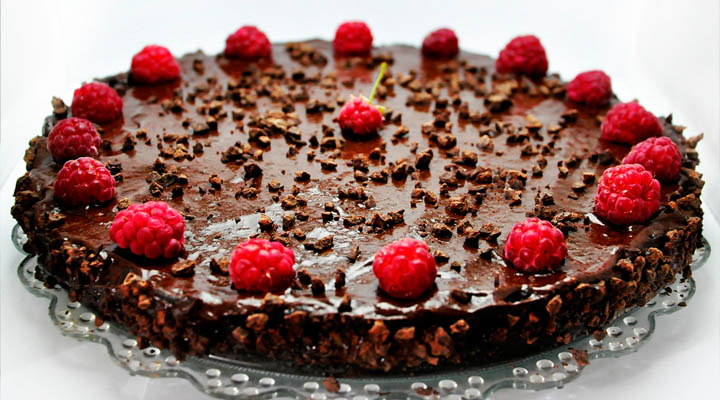 UPDATE! I’ve made this raw chocolate cake recipe so many times! It’s one of my favorite raw chocolate cakes recipes. I’ve tried it with wild berries, blackberries and strawberries. Check out some photos below and see how it turned out wtith strawberries. This time I didn’t use 2 crust balls, just one. I wanted it to be creamier so I didn’t add a middle layer crust. 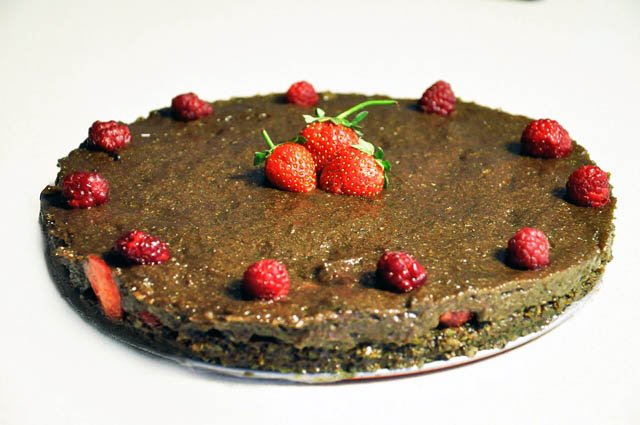 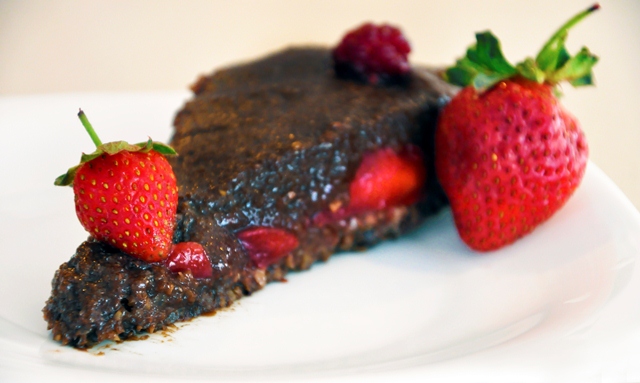