Do you love pizza? Here’s an awesome variation for the classic pizza – Turkish pide – which you’ll surely enjoy. It’s made vegan too!

Are you a fan of the Turkish cuisine? I love it! Today I decided to try a world-famous recipe – Turkish pide, which is very similar to the popular pizza we all know.

Pide is a soft and slightly raised or elevated flatbread that is baked from the wheat flour. A similar kind of flatbread is found in several regions, including Western Asia, Balkan, Mediterranean, Balkan and Middle Eastern regions. They are more or less similar in taste and flavor, but known by different names and even made in varying shapes and sizes. 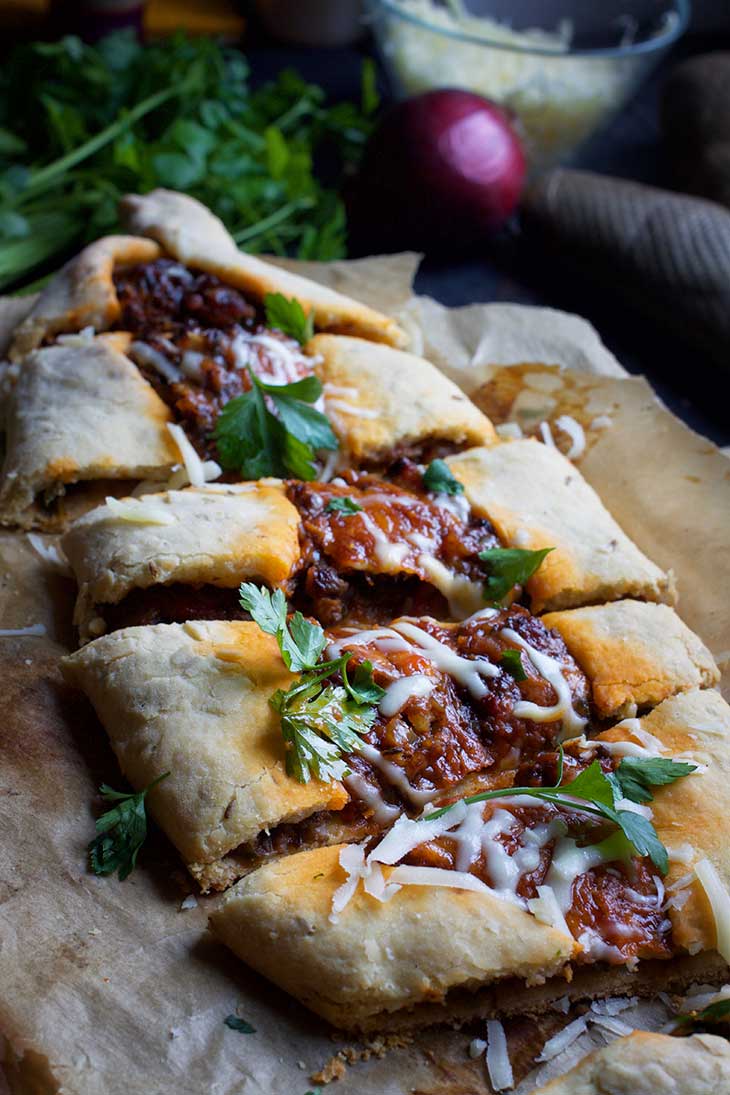 There are three different styles of Turkish Pide, based on the baking method, toppings, and shapes:

The first type of pide, the flatbread is used mostly for the various types of kebabs. The second style is the pizza pide, topped with meat, vegetables, spices, and herbs along with cheese on the top. The third style is a weave pattern crust, elevated flatbread seasoned with sesame seeds on the top. 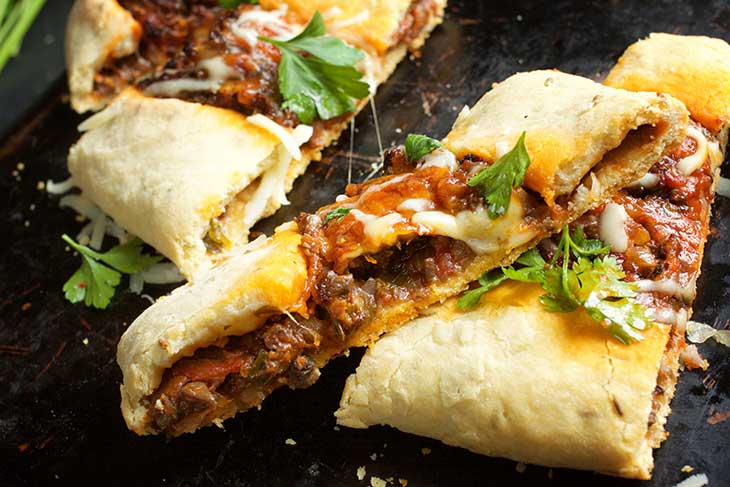 It is believed that the concept of pide or pita bread originated in Mesopotamia around 2500 BC. Since ancient times,  this recipe was highly popular and one of the main food items among the Middle Eastern nations.

Originally, Turkish Pide is stuffed with a mixture of ground meat, veggies and spices, but I made the vegan, healthier version, using mushrooms. I loved it! Give it a try and don’t forget to drop me a comment and send me your feedback! 🙂 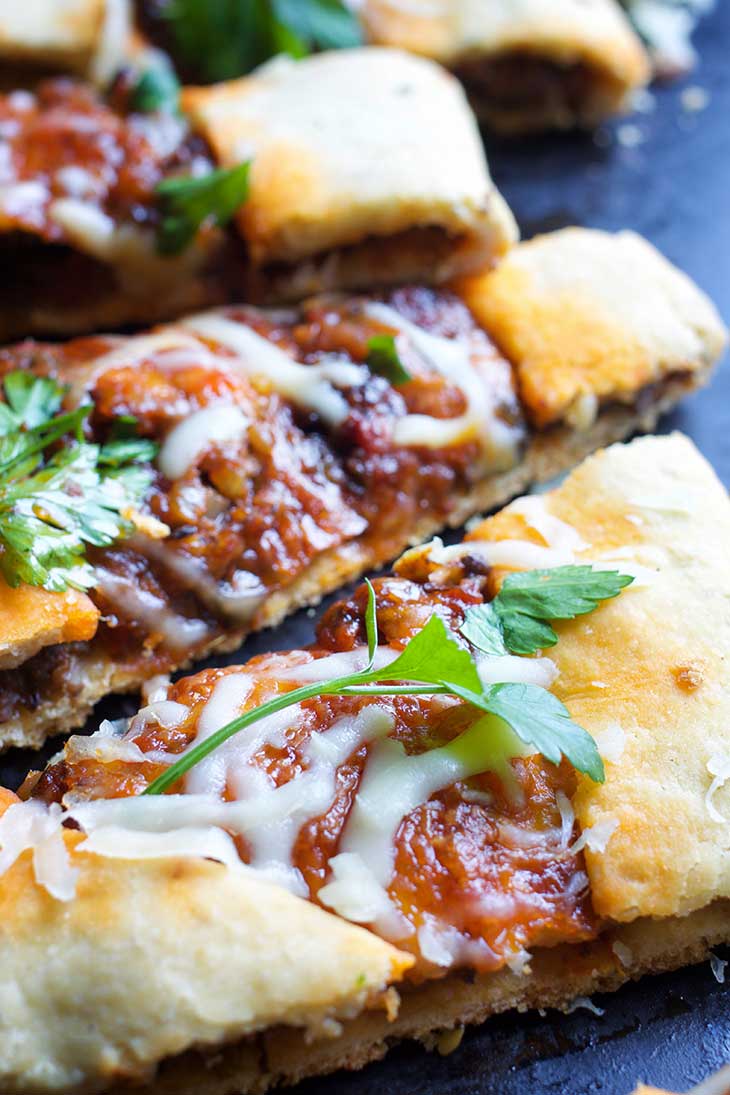 This almost looks like a Calzone! made it today and loved it! Thank you!

You're welcome! Yup! May try a vegan Calzone for this month's Italian cuisine theme :D