This is the traditional recipe for Hungarian plum dumplings with sweet, mashed potato dough and breadcrumbs crust.

This wonderful Hungarian plum dumplings dessert recipe was first made by my mom. They’re actually called Szilvas Gomboc, and even though this recipe has Hungarian origins, it’s very popular in Romania as well, especially in the northern part of the country. 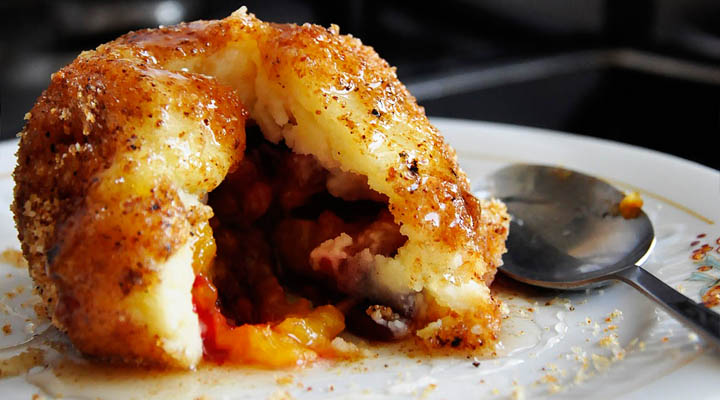 This is how my mom makes this plum dumplings and how she taught me to make them. I slightly modified the recipe, trying to make it a bit healthier by substituting some of the ingredients. For example, instead of refined sugar, I used honey and dates sugar and also I lowered the amount of oil used in the original recipe.

You should try this Hungarian Plum Dumplings dessert! 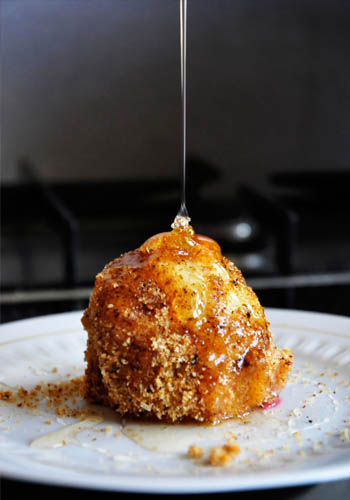 You should definitely try these Hungarian plum dumplings! Let me know if you like them as much as I do. 🙂

Yummy recipe!!! I usually replace the breadcrumb coting with ground walnuts raw or toasted, it takes this recipe to the next level. Either way these dumplings are the bomb!

OMG I missed these so much! Just tried the recipe yesterday and they have the exact same taste I remember from my childhood. Thank you for writing this recipe!!

My parents are from Hungary and we had these every year in the fall. My mom always added one sugar cube to the prune plum cavity before surrounding the plum with dough. We always ate them as a main course, especially after soup. Mom always served them with powdered sugar sprinkled over the bread crumbs, way less sweet than syrup.

Great idea with the sugar cube inside! Bet they were great! I haven't tried them this year, but I want to. Too bad they take so long to make. I would eat these every day!

You forgot to mention that the breadcrumbs are browned in the oil (I use coconut oil) and a little bit of cinnamon. Usually cinnmon sugar is passed aroud with the sylvas gomboc. I also freeze some before they are boiled for use later. Just did that on Monday actually, We will use them on Friday as a second course to gulyas leves (goulash soup) This whole Gomboc and soup thing will remind me of my mom. By the way I was born in Budapest.

I usually skip the browning part, but very good tip! Thanks Judit! Cinnamon sounds great! Don't know why I haven't thought of this :D

@Vegan Magic: Thank you! I'm glad you like it! Btw LOVE your recipes;easy, healthy and delicious! :)