This semolina cake is inspired by the popular Turkish Revani and Egyptian Basbousa cake recipes. Give it a try!

Semolina cake is a popular Middle Eastern recipe with an ancient history behind its preparation. This recipe is popular throughout the Middle East, from Egypt, Jordan, Turkey to other eastern Mediterranean regions as well. Each region has its own recipe name, but the differences are only in the details, the base recipe somewhat the same. 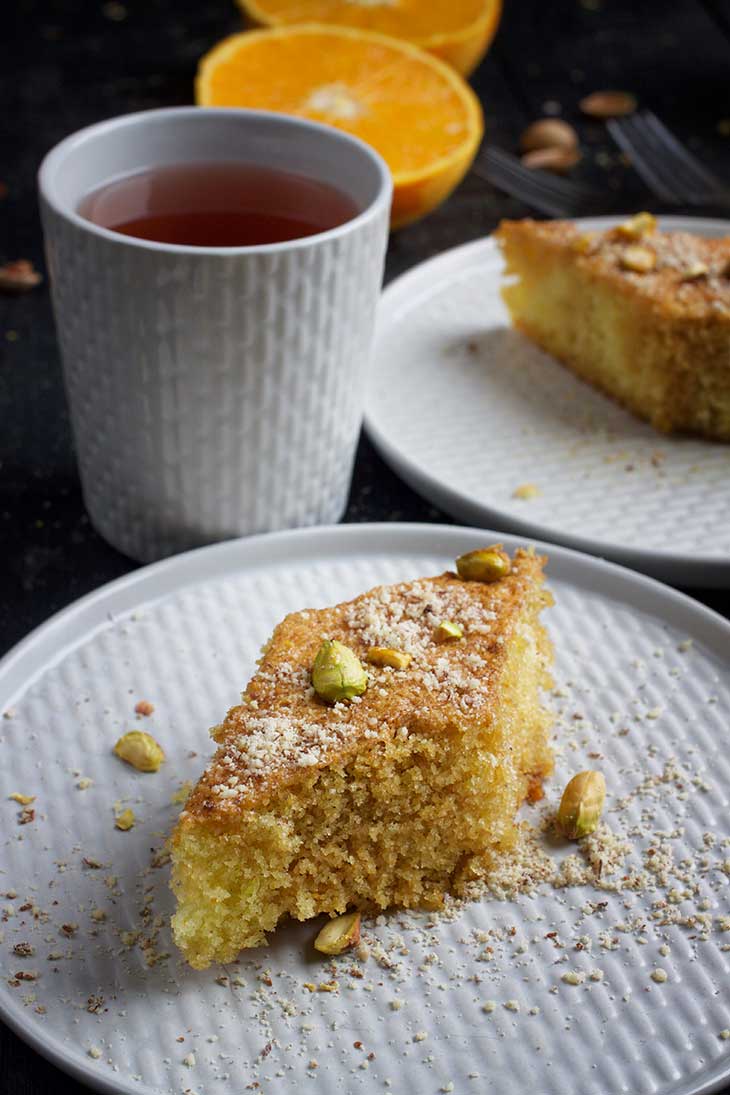 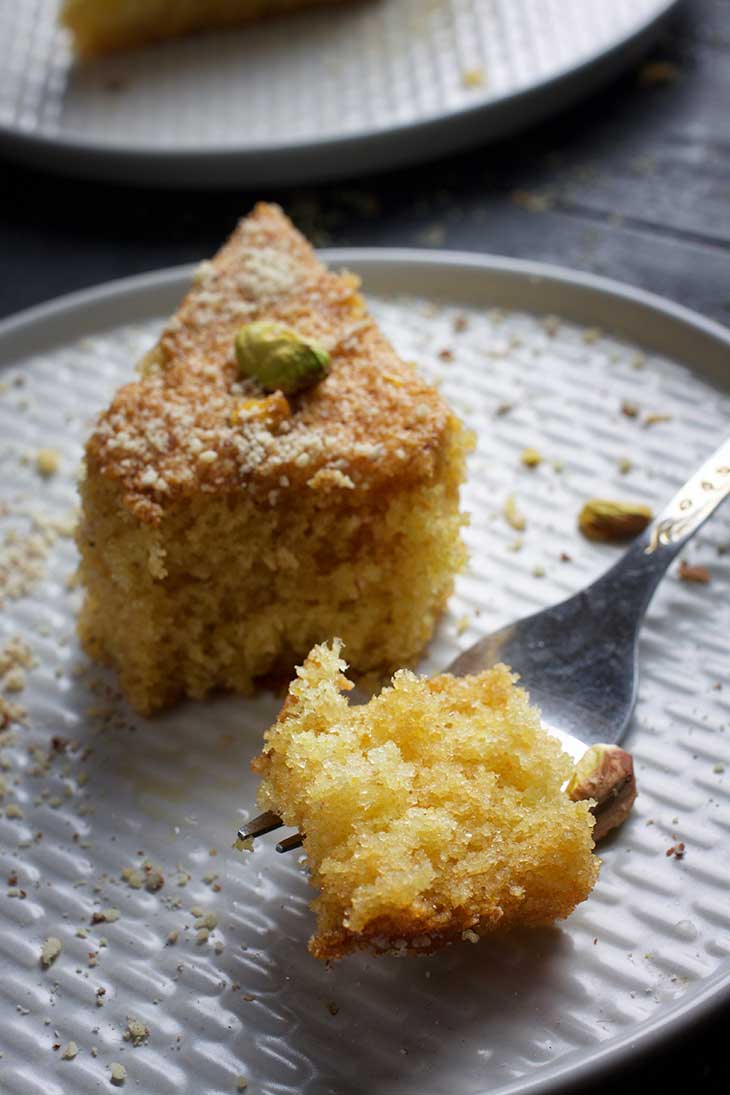 I decided to make this semolina cake because I discovered the delicious Turkish Revani and Egyptian Basbousa. Both of them are semolina cake recipes with minor differences between them. I combined those two and veganized the recipe.

Did you know that the Turkish semolina cake is known as “Revani” and it has its presence in the Turkish cuisine since the Ottoman period? The name “Revani” is derived from the name of the city of Yerevan which was once conquered by the Ottoman Empire (an Armenian city).

Also, you can find this semolina cake recipe under so many different names! For example, it is also named Pastūsha, a recipe originated in Kuwait in the 2010s. It’s semolina cake with finely ground pistachios and orange flower water. 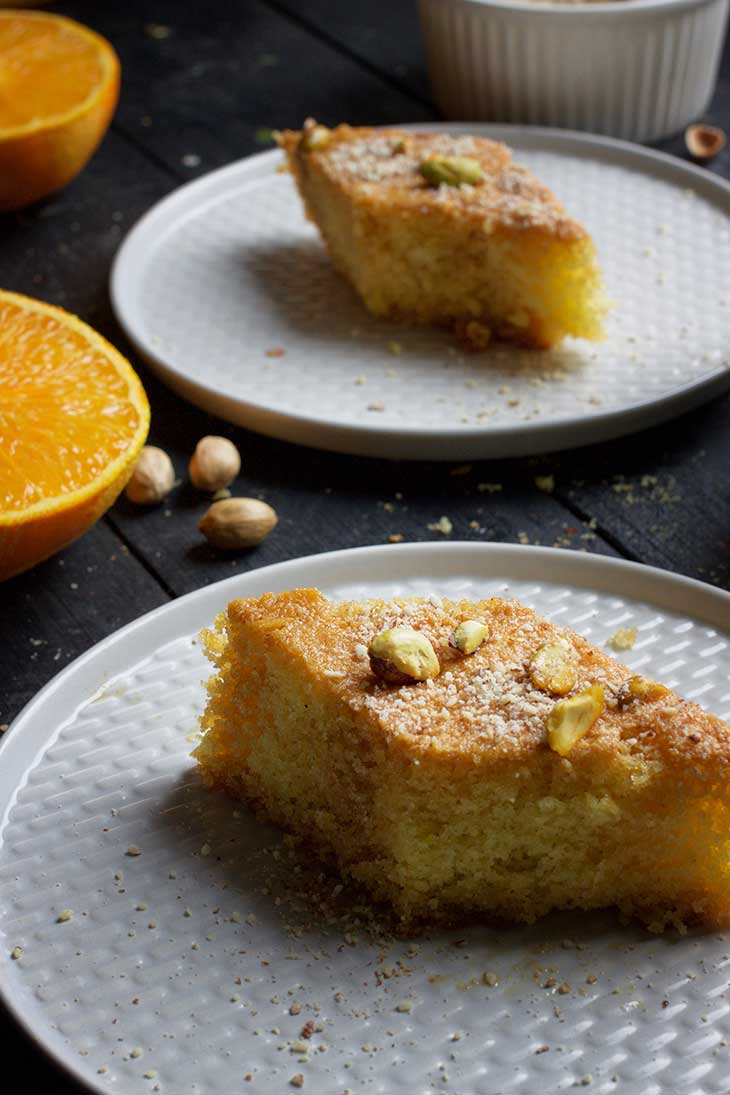 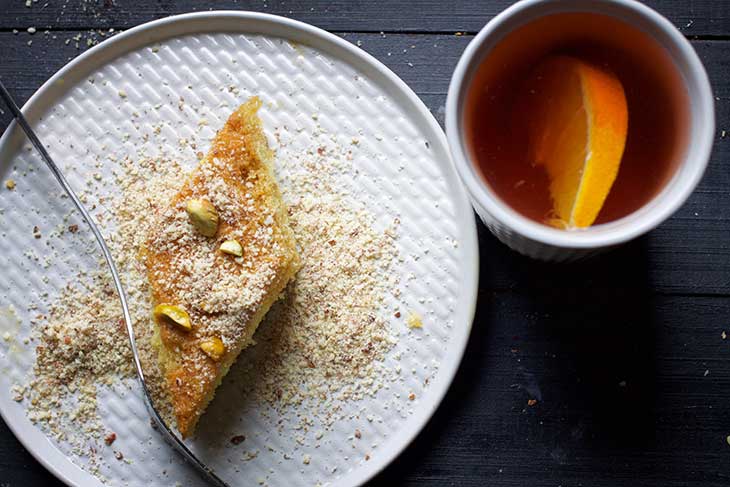 This semolina cake is very easy to prepare. It is basically a very soft semolina sponge cake, soaked in a lot of syrup. Yogurt and butter are used in the original semolina cake recipe, but I made it vegan. 🙂 Plus, I didn’t use any refined sugar and used coconut sugar and agave syrup instead.

Coconut flakes and even ground nuts are used for garnishing before serving the delicious semolina cake. You can try this recipe at home without any hassle and experiment with varying flavorings. 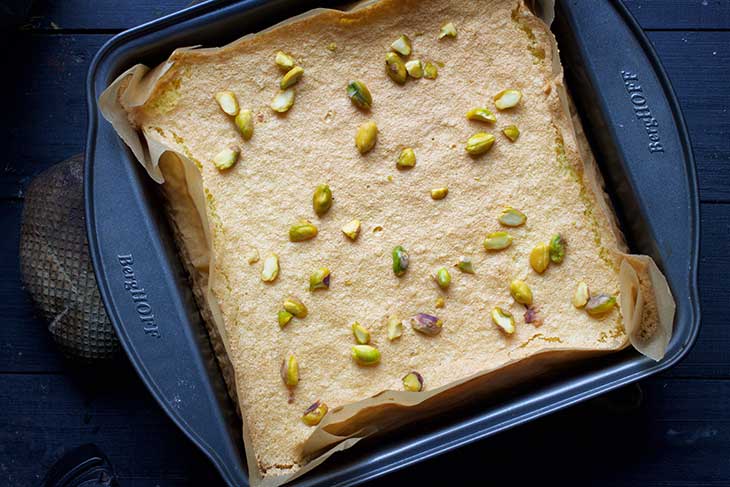 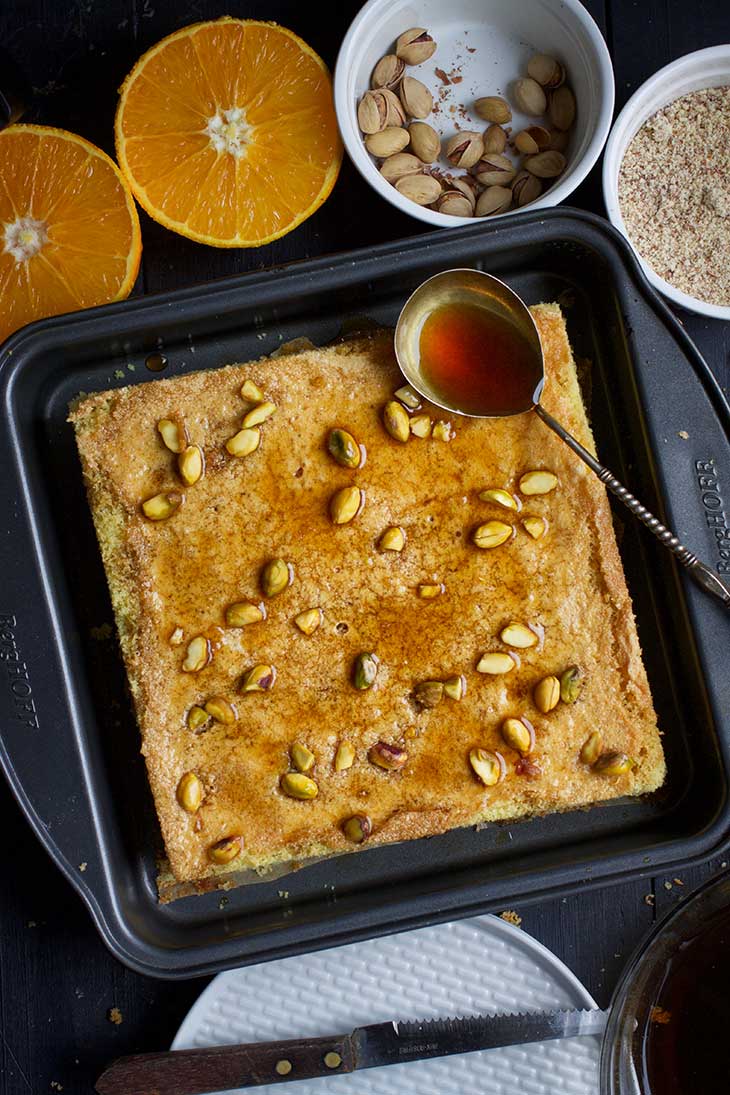 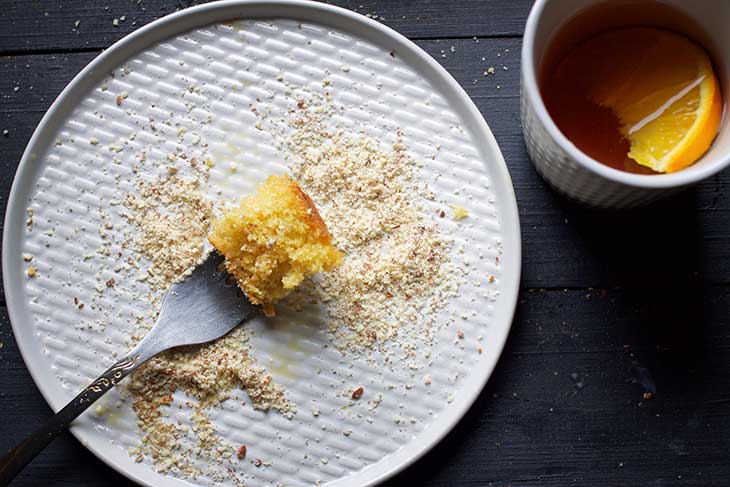 hi i don't have any orange blossom water what can i add as an alternative or if i couldn't add it is it making any difference ?

Hi Sage. You could add just water with a couple of drops of pure orange essential oil, if you have any. Or some orange or lemon essence for baking.

Thank you for this recipe, it looks brilliant! I wonder if it is possible to make this recipe a day or two before?

You're welcome! :) Sure! Just keep it covered with plastic wrap and in the fridge. :)

These looked so fluffy and moist so I had to give them a try. Made them yesterday and they were gone in a couple of hours! My family loved them! Thank you!

You're welcome! Glad you and your family liked these!