Enter the realm of creamy desserts with this amazing, easy recipe for the best cheesecake you’ve had! Here’s how you can make the best vegan strawberry cheesecake >>>

Be honest – have you ever had a cheesecake you didn’t like? I find it highly curious. I think cheesecake can be good even when it’s pretty bad. This is because the ingredients that come into it usually end up being delicious, even if the person making it doesn’t pay too much attention to what they’re doing.

I have pretty much enjoyed every cheesecake I’ve made until today, but now I can say for sure that I’ve got a knack for it. And so can you, with practice and dedication! 🙂

Cheesecake is an old recipe, and nobody is sure if it’s actually English or from Ancient Greece. Either way, there are many ways to make cheesecake, but two major categories are baked and no bake. 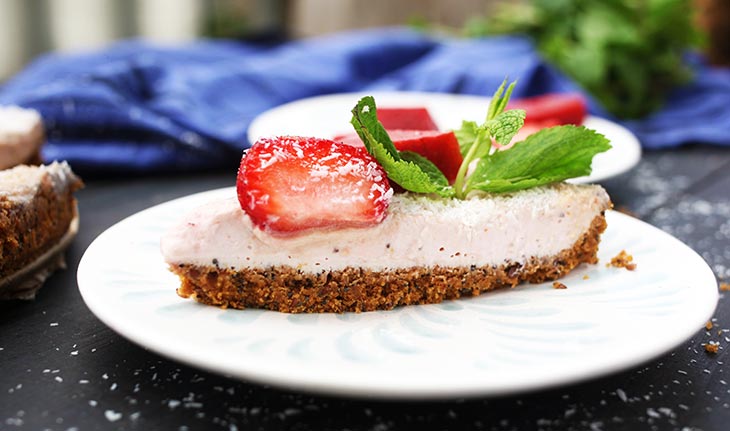 No bake cheesecake is popular because it takes a lot less time to prepare, and it can be served in larger amounts. I’ve seen this type of cheesecake being served at many festivals in the food court.

It’s popular because it’s fresh and is usually served cold, being better suited during the summer. Another cool trend I’ve seen is semi-frozen cheesecakes on a stick. Those are so fun, and you can choose your own topping as well!

Today’s recipe can be customized this way, too, but for consistency’s sake, I would advise that you do the recipe as it is first and see how you like it. This is also my favorite kind of vegan cheesecake, with a simple biscuit base, and soft but creamy cheese mix on top, and some kind of fruit topping – usually strawberries – on top. 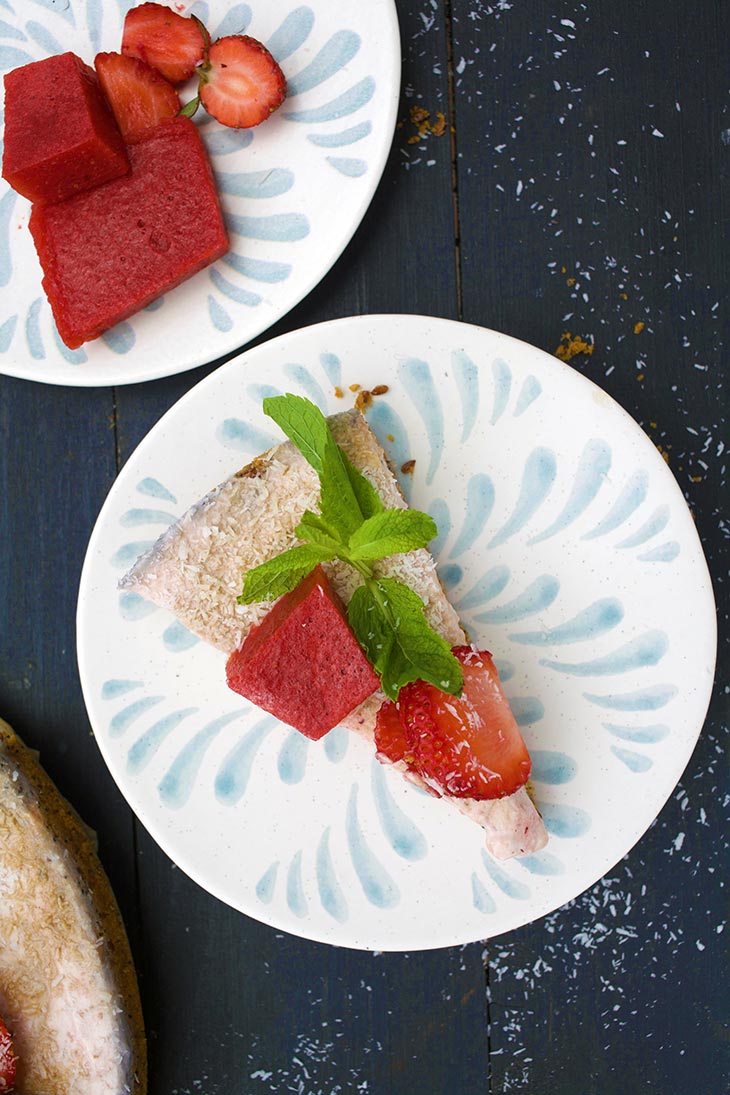 I also happen to like blueberry cheesecake, and generally, any kind of berry topping or jam goes well with cheesecakes, but I’ll leave those for another time.

Vegan cheesecake isn’t all that different from the regular recipe, it just uses, well, vegan cream cheese. And all things considered, that’s actually healthier for most of us. This recipe is also great for lactose-intolerant people.

I would recommend giving this to your kids as well. Even though I don’t necessarily recommend that you force a vegan lifestyle on them, you can safely reward your children with this delicious vegan cheesecake.

I know I loved cheesecake when I was a kid, but I didn’t know it could be vegan back then. I feel really grateful for having been shown these cruelty-free alternatives that are as delicious as the original recipe! 🙂 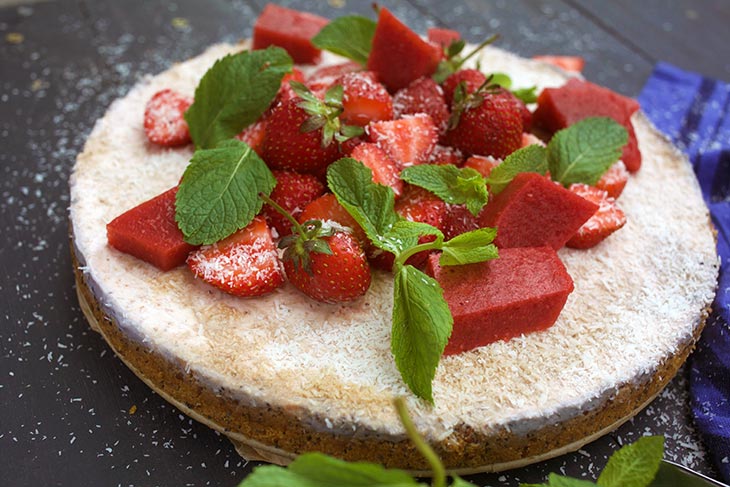 I have to admit that I’ve done a little experiment with this recipe in the past. I’ve made this recipe a couple of times for different people, without telling them it’s a vegan recipe.

Not only that none of them seemed to notice, some of them even asked for the recipe, becoming mildly surprised when I told them that there is no actual cheese in this cake!

It has been a fun experiment, and I think this is a pretty good way to make people consider to try becoming vegan. It’s like that filmmaking advice that all good screenwriters give to younger audiences – “show, don’t tell”.

I love cooking vegan treats, so much so that I’ve become very experimental about these. The best experiments end up on this blog, so when you read one of my vegan sweet recipes you know that it’s been tried and tested to the point of exhaustion.

I feel very passionate about making good healthy desserts like this one, and I feel that the more people I share this passion with, the more people will start considering their diets, and understand that a healthy diet doesn’t have to consist out of a disappointing lack of sweets. At least that’s my opinion. What do you think? 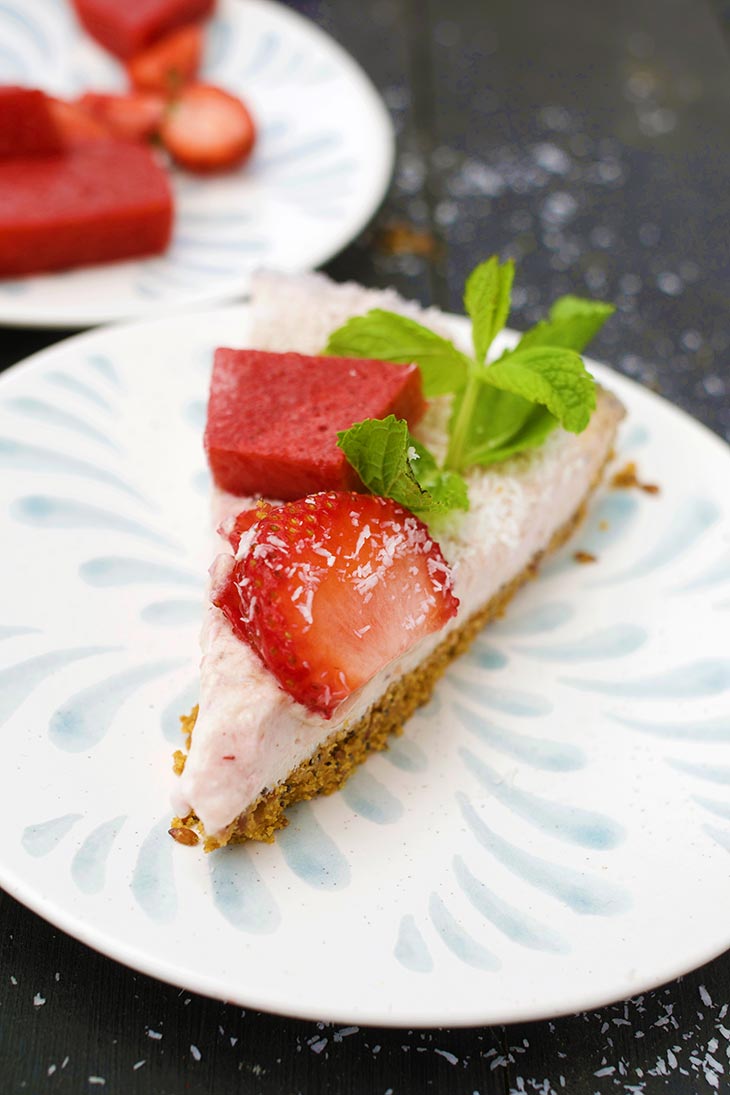 I hope you will enjoy cooking this beautiful recipe with me, and that you will enjoy it as much as I did! 🙂 As always, if you have any questions or comments, I can hardly wait to hear your thoughts! This being said, I’ll leave you to it. I wish you the best of luck in the kitchen, and enjoy! 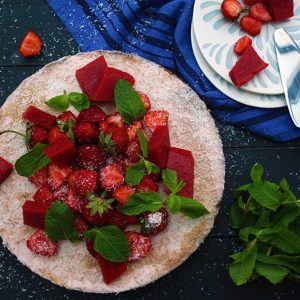