This is the ultimate vegan hangover soup! This Pleurotus / oyster mushroom soup with pickles will cure your hangover immediately! This is also known as vegan tripe soup – crazy-good, but also vegan and healthy! Enjoy!

This vegan hangover soup is one of my favorite soup recipes ever! This Pleurotus / oyster mushroom soup with pickles is actually the veganized version for the popular tripe soup (belly soup). I used to love tripe soup back when I was a meat-eater. It’s pretty gross when you think about what it is actually made of, but still, it tasted really good if it was cooked properly! Now, I’m 100% honest when I tell you that this vegan version is 1000 times better than the original meat tripe soup recipe! The taste, the texture, the color, everything is the same! Plus, being vegan makes this recipe healthy and low fat too!

Want to grow oyster mushrooms at home? Check out this mushroom farm kit!

This soup recipe was tested by meat-eaters too and the verdict was that it was better than the original belly soup recipe! Pleurotus / Oyster mushrooms have such an amazing texture which resembles the texture of meat. When pickled, they are truly delicious! You’ll have to make this and see for yourself! 😀

It’s a tart, super-filling soup, which will make you instantly feel better and cure your nausea symptoms. It’s made with simple, healthy ingredients and it is also macrobiotic and gluten-free!

P.S. I love cooking with mushrooms! If you do to, you should definitely try my Creamy Mushroom Soup with Thyme and this awesome Shiitake & Oyster Mushroom Soup made by the Blender Babes. 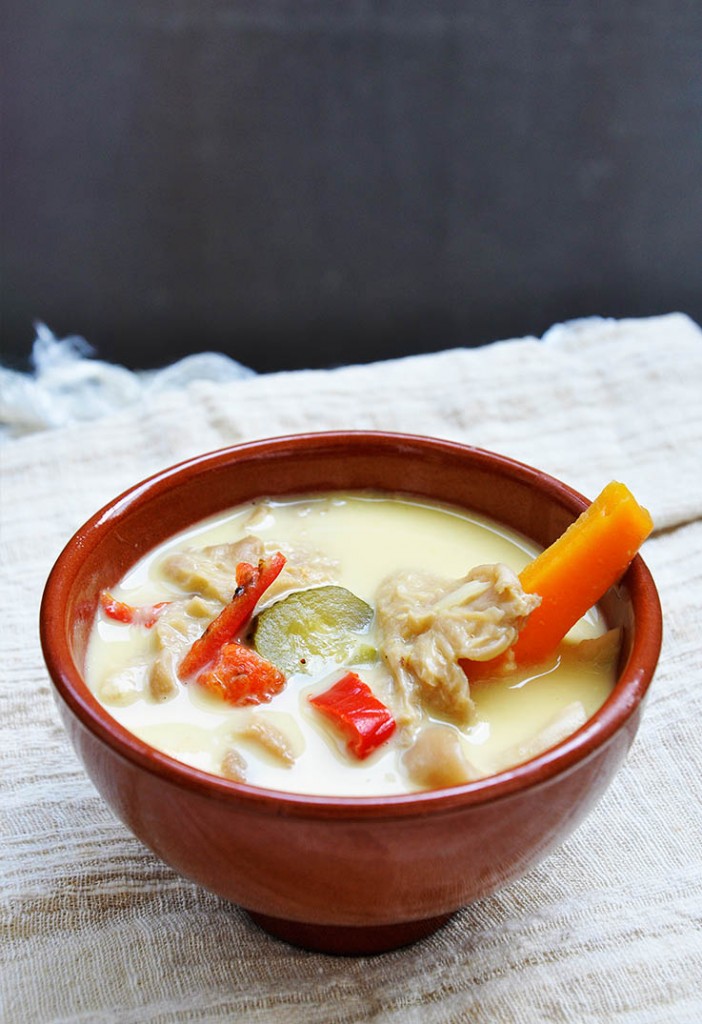 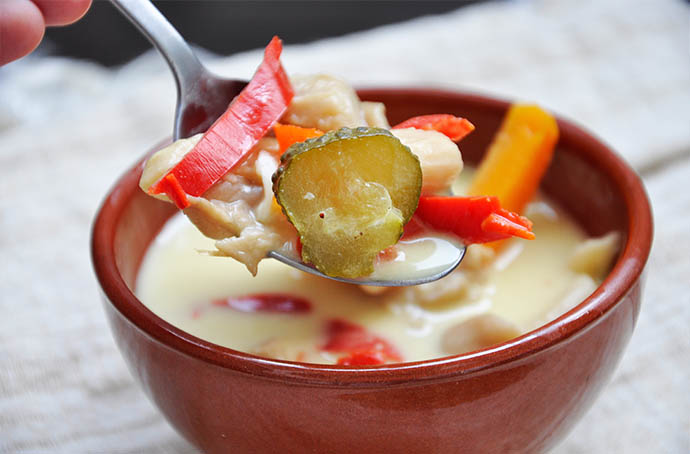 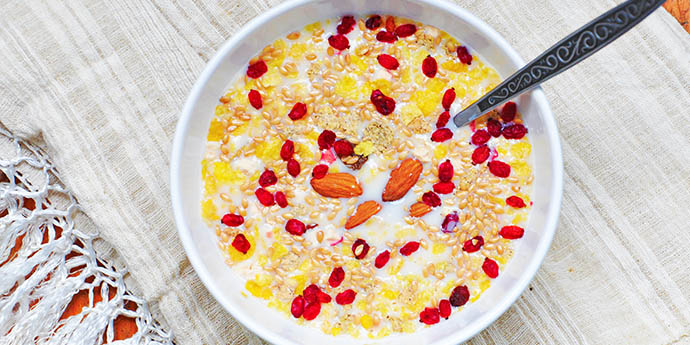 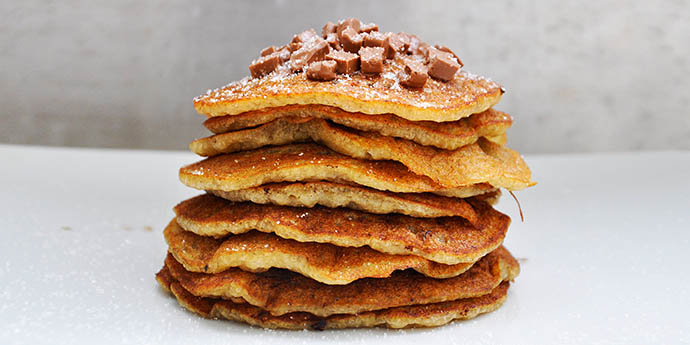 So glad you liked it! It's just as good without gogosari. 😁

Thank you so much! I can't wait to try this and offer it to my bulgarian family who don't believe me you can veganise everything :D

You're welcome, Emily! :) You should try the vegan minced meat rolls recipe too. I'm pretty sure it's quite famous in Bulgary as well! :D

I have a batch "cooking" now and wonder if they'd be good in soup. They're a little different than yours.

Maybe in a chicken broth with noodles since these are super salty and spicy.

Glad you like it Lenny! :D You can add less pickles if they're too salty, and less salt to the soup maybe. Veggie broth would be best :P