This vegan rice pudding recipe has a creamy texture and a rich chocolate and vanilla flavor. This is the easiest, healthy rice dessert you can make. Give it a try!

I love rice pudding! My grandma used to make this dessert a lot when I was little and I still enjoy it today. This time, I decided to make it vegan, by using my favorite brand of vegan milk – Joya.

Also, unlike the original recipe which is just vanilla-flavored and sprinkled with cinnamon, I wanted to make it with chocolate as well. For this, I used the chocolate-flavored oats milk by Joya, but you can use any vegan milk of choice. 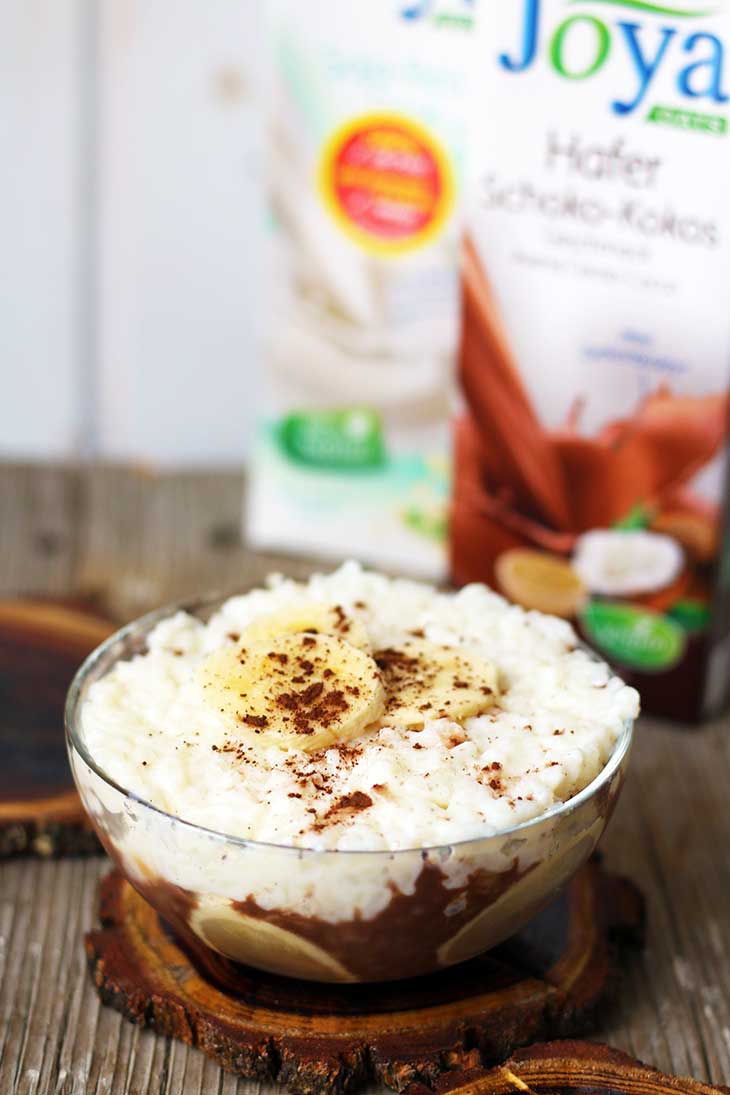 To make it even better, I served it with some banana slices. You can use any other fruit toppings you want, but I think that bananas go very well with this.

This vegan rice pudding recipe is also child-friendly, perfect for families, and if you want to make it in a larger quantity, you should know that you can also bake it! 🙂

Don’t forget, if you give my recipes a try, take a photo and tag me on Instagram @gourmandelleblog and use the hashtag #gourmandellerecipe. I will feature you on my Facebook page and/or Instagram Stories! 🙂 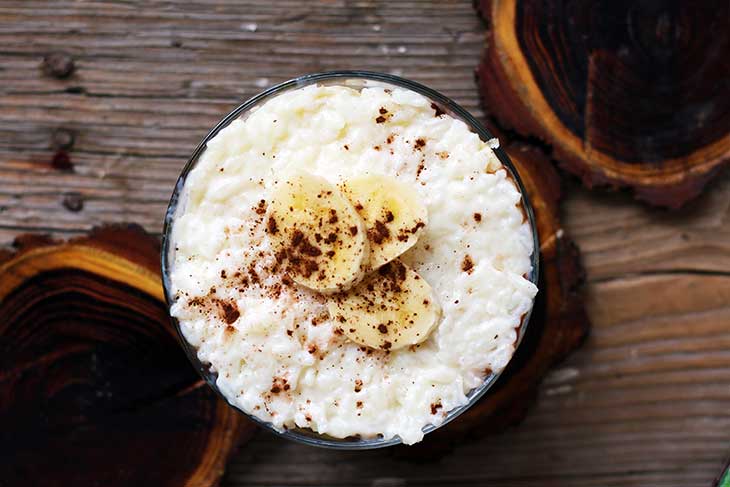 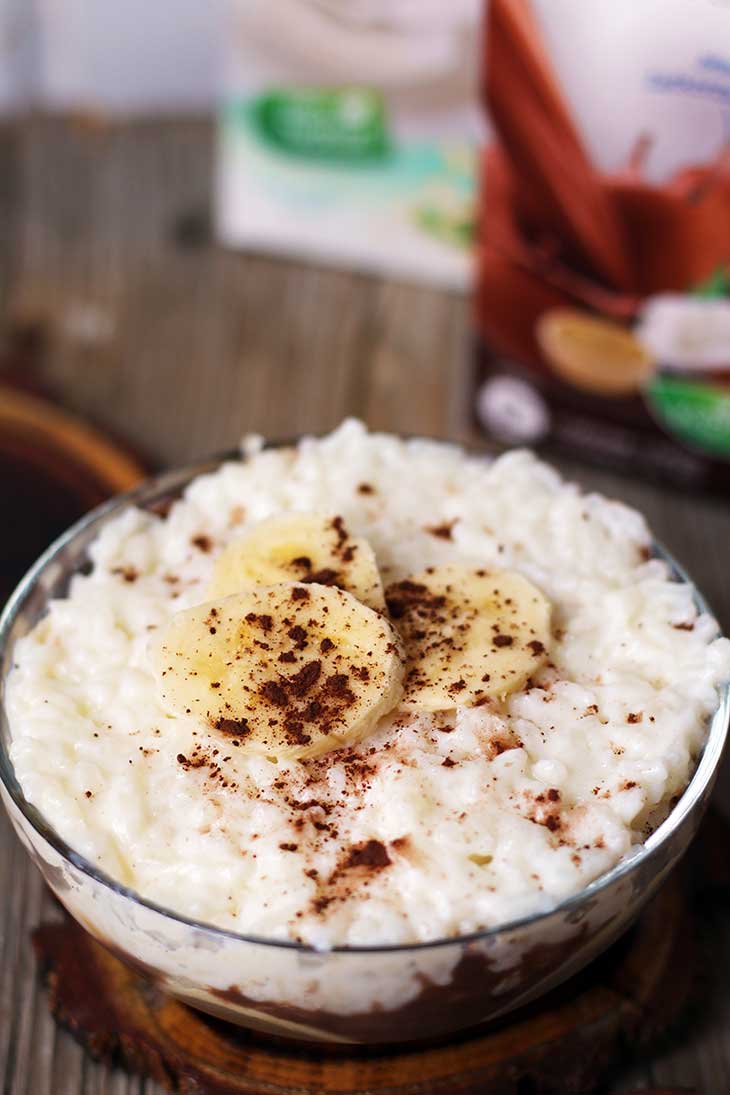 At what point would you bake it, please?

Hi, I would like to know if you can use vegan chocolate protein powder in place of the cocoa powder, in order to make the rice pudding protein-packed. Is there any possibility for this tweak? Any insight will be greatly appreciated

Sure! It can work just fine.

Tried this now and it blew my mind! I don't know why I never thought about making sweet rice puddings. It was delicious, especially the chocolate-flavored one. Thanks!

Hehe! Glad you loved it! :D