This French-inspired vegan scalloped potatoes recipe (Pomme Dauphinoise) is the perfect ‘cheesy’ potato-based meal for whenever you want to eat something comforting. Give it a try!

Scalloped potatoes are made using the gratin technique which means an ingredient is topped with a golden-brown crust made using cheese, eggs, butter, breadcrumbs, or a mixture of these four. Gratins are usually prepared in shallow baking dishes for a crispier texture. I used a heat-resistant glass baking dish.

This cooking technique was developed by the French and it has been widely used ever since. There are many types of gratin, most of them being potato-based, like Pomme Dauphinoise (this recipe), gratin Savoyard (boullion is used instead of cream), twice-baked potatoes, or made with pasta, seafood or other vegetables. 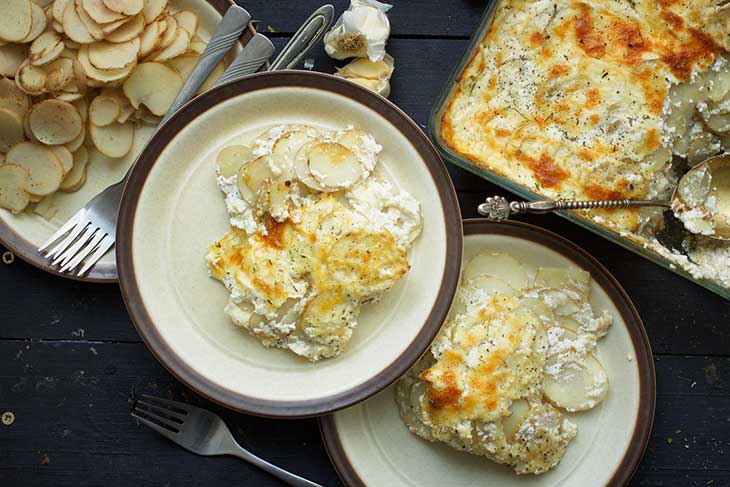 I have a bunch of delicious gratin casseroles recipes on the blog. You should try my favorites: lentil and veggies gratin and cheesy pasta casserole.

Gratin Dauphinois comes from the Dauphiné region of France. This delicious recipe is made with thin slices of potatoes, layered in a baking dish, with cream, butter, garlic, cheese and beaten eggs. Even though dairy and eggs are used in the original recipe, it doesn’t mean it can’t be veganized! 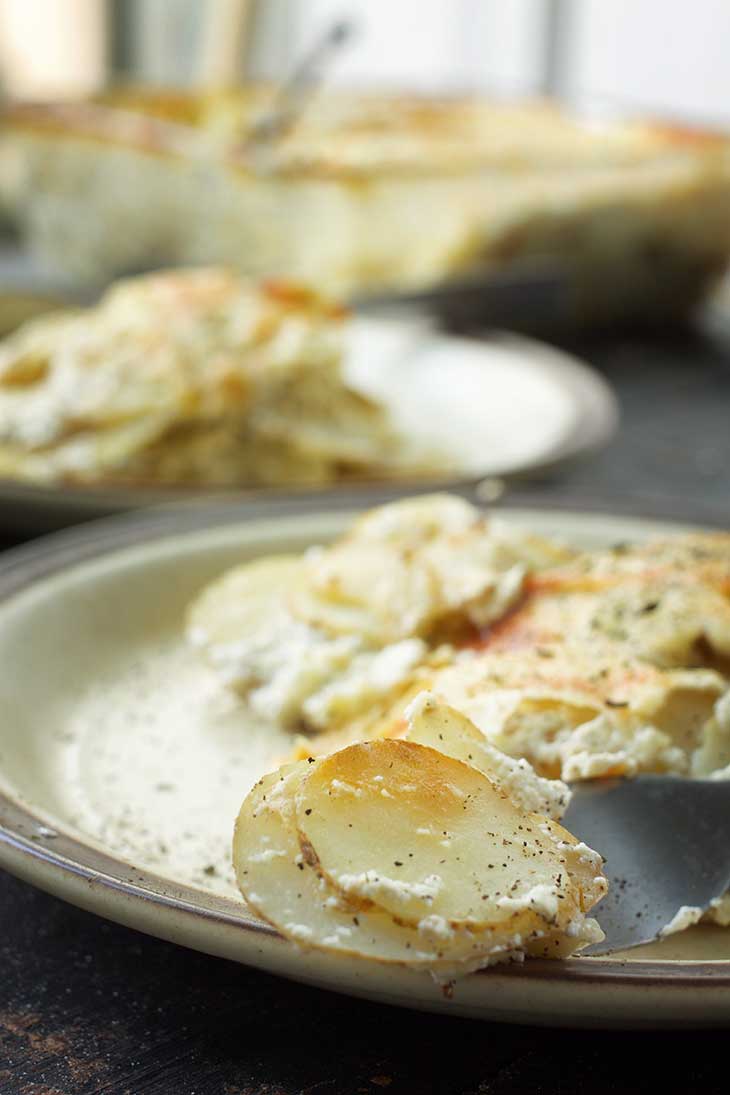 There are so many different brands of vegan cheese available in stores and you can even find vegan cheese types that melt! For this recipe, I used crumbled tofu, vegan cheese, coconut oil and coconut full-fat milk as dairy substitutes.

If you want, you can try my vegan mozzarella recipe instead of buying vegan cheese. It will melt! 🙂 The result is incredibly similar to the traditional French Pommes Dauphinoise recipe.

Hope you’ll like this delicious potato gratin / vegan scalloped potatoes recipe. I loved it and it is by far one of my all-time favorite recipes. Whenever I crave a potato-based comfort meal, this is one of my go-to recipes. 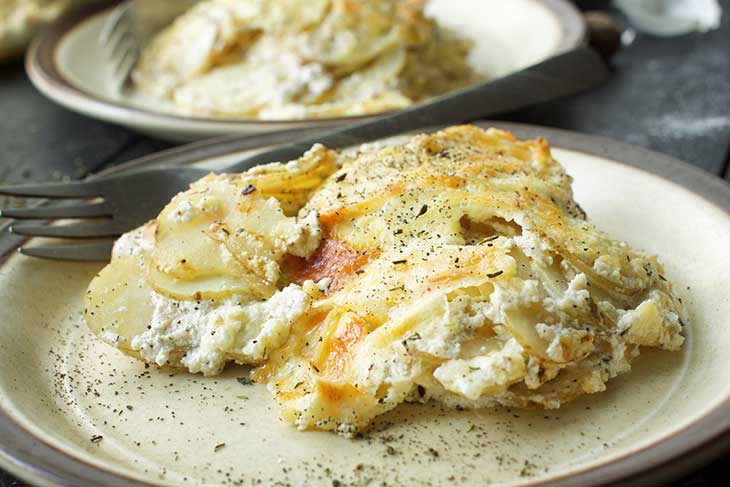 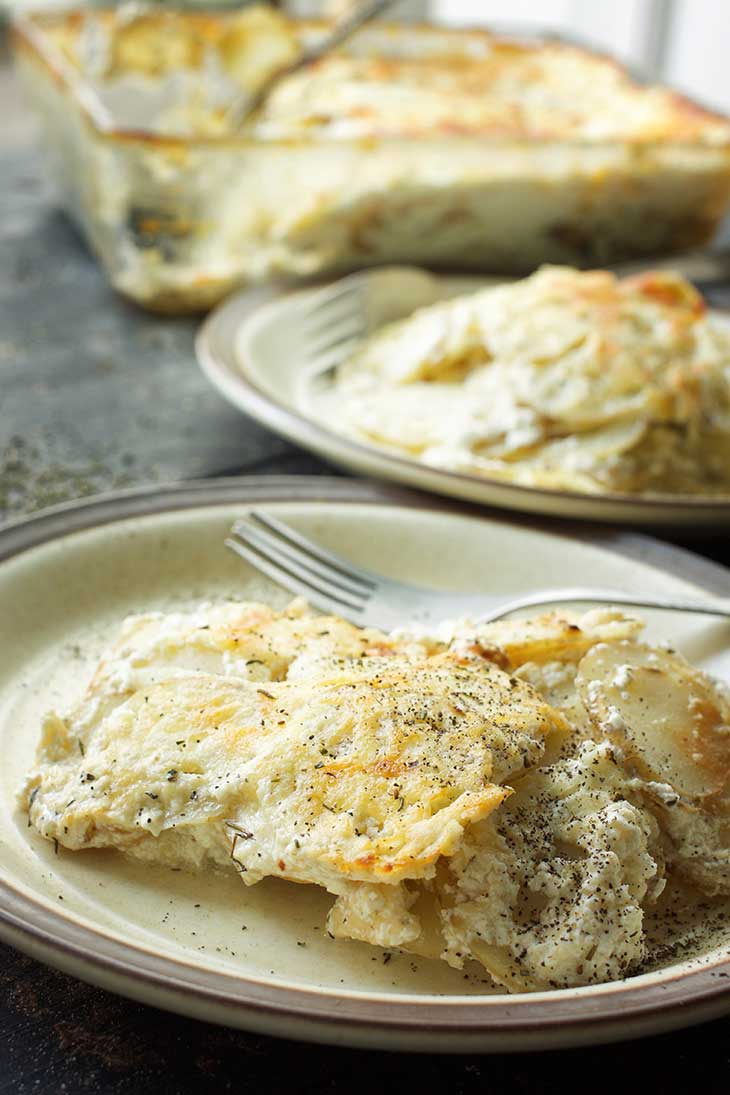 Can't believe this wasn't made with cheese and butter! Looks heavenly!