Here you’ll find two recipes for gluten-free vegan pizzas: one “red” with tomatoes and eggplants, and the other one “green” with pesto sauce and zucchini, both having mushrooms, onion and vegan cheese toppings.

Best gluten-free vegan pizzas ever! The toppings, the gluten-free crust and the fact that they’re guilt-free and vegan make these pizzas the best ones I’ve ever tried so far! And trust me, I’ve tried quite a few. I sometimes crave more fast-food-like meals, such as pizzas or burgers, but even though most of those recipes can be classified as junk food, I always try to make them as healthy as possible!

These two gluten-free vegan pizzas have some really interesting toppings. I made a “red” and a “green/white” version. I honestly couldn’t say which one I liked more. They were both perfect in their own way! Another great thing was that the actual prepping time was below 10 minutes. So if you’re lazy like me, this is a major plus! 🙂 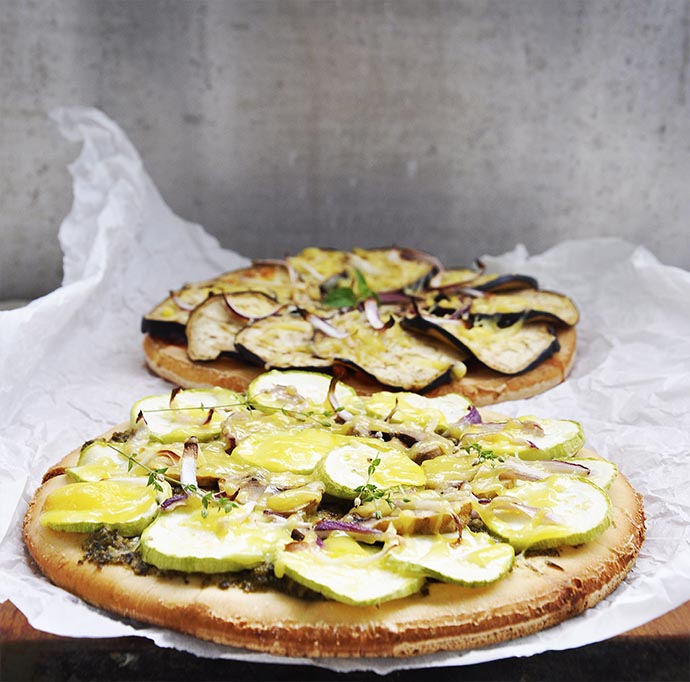 I used the pre-made gluten-free pizza base pack by Schar which I strongly recommend. One pack contains two pizza bases, the equivalent of two servings. When buying delivery pizza, I prefer choosing the thin pizza crust option. This gluten-free vegan pizza base will satisfy the needs of both thin and fluffy pizza crust lovers, as it is crispy but still a little but thick and fluffy in the middle. One more thing I liked is that I ate the margins of the crust too, as they were super-crispy and tasted really good! That’s unusual for me because I usually leave them aside. 🙂

Also, the vegan cheese with tomato and basil was really good! I can’t remember the brand’s name and I threw away the pack, but any vegan melting cheese is ok.

Here are my other two attempts of making pizza: this is the vegetarian pita pizza and this is the gluten-free pizza made from scratch that actually turned into a salty tart :). By the way, talking about more healthy and original vegan toppings for pizza, here’s one combination I can’t wait to try – Lemon Herb Hummus Pizza.

Hope you’ll give these gluten-free vegan pizzas a try! Trust me, you’ll LOVE them! 🙂 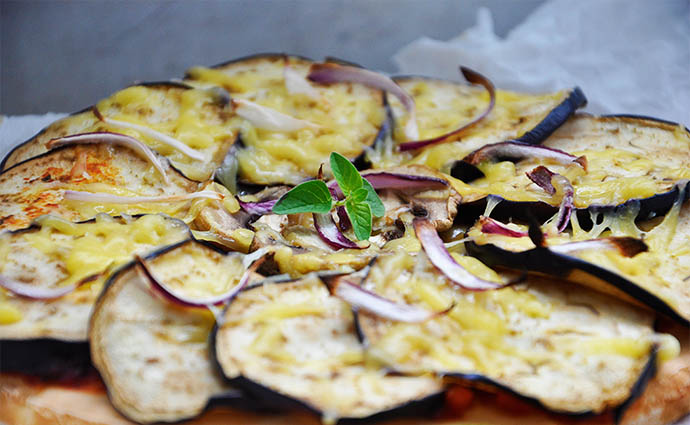 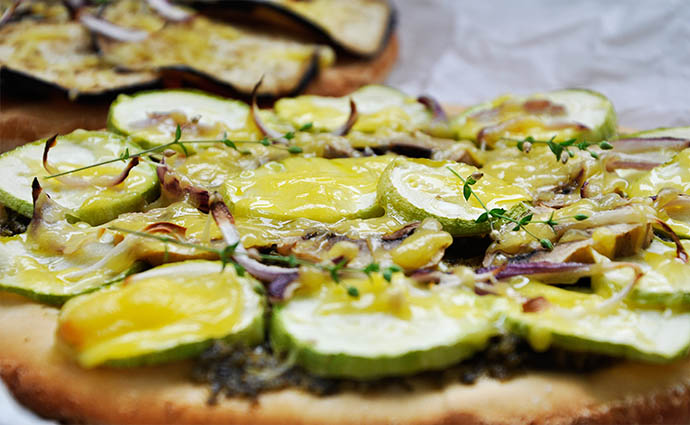 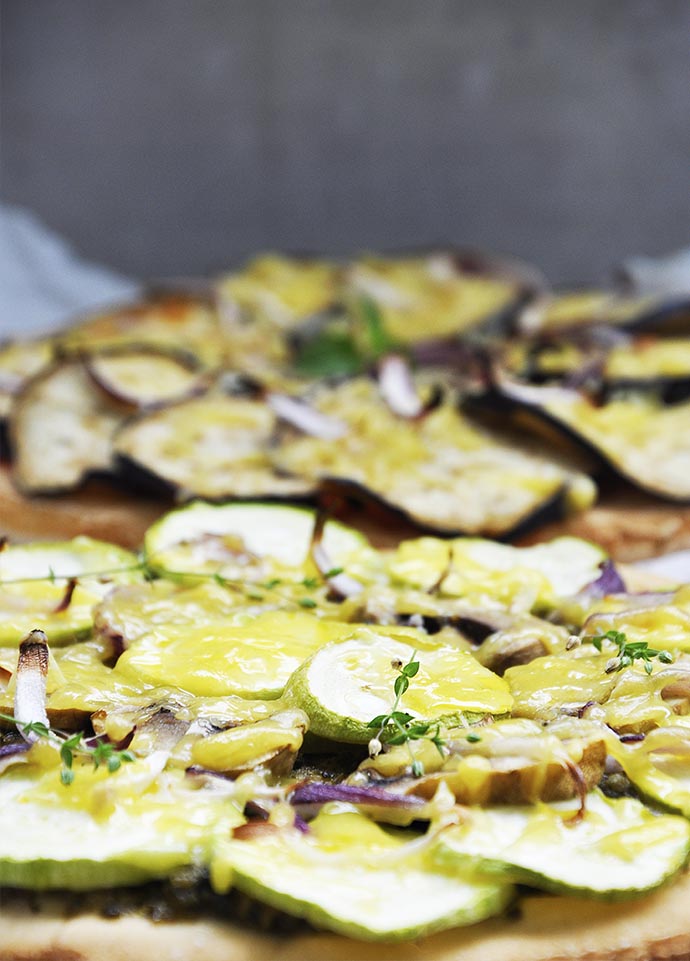 Tried the zucchini pizza the other day and I was amazed by how fast and nutritious it is. Thank you for sharing this recipe, Ruxandra! Your recipes always amaze me and I want to try a lot of them, if only I had the time!

You're welcome! Happy to hear you liked the recipe!