Here’s how you can make the popular Greek pasta casserole – pastitsio – vegan! Impress your friends or family with this comforting vegan pasta casserole!

Pastitsio is a world-famous Greek pasta casserole that you can find around the entire country. It is also known under the name of “Greek lasagna” because this Greek recipe is very similar to the Italian lasagna, the main difference consisting in the shape of the pasta. The traditional recipe uses lamb meat and Bechamel sauce together with the pasta in order to create a delicious and filling dish, and the entire composition is then put in the oven to bake.

One of the most important parts of this recipe is the meat filling (or its vegan version, if you please), as it has to contain the perfect blend of spices such as cinnamon, cumin, garlic powder, nutmeg, salt, and pepper. The Bechamel sauce has to be super creamy and smooth in order to perfectly complete the meat sauce. 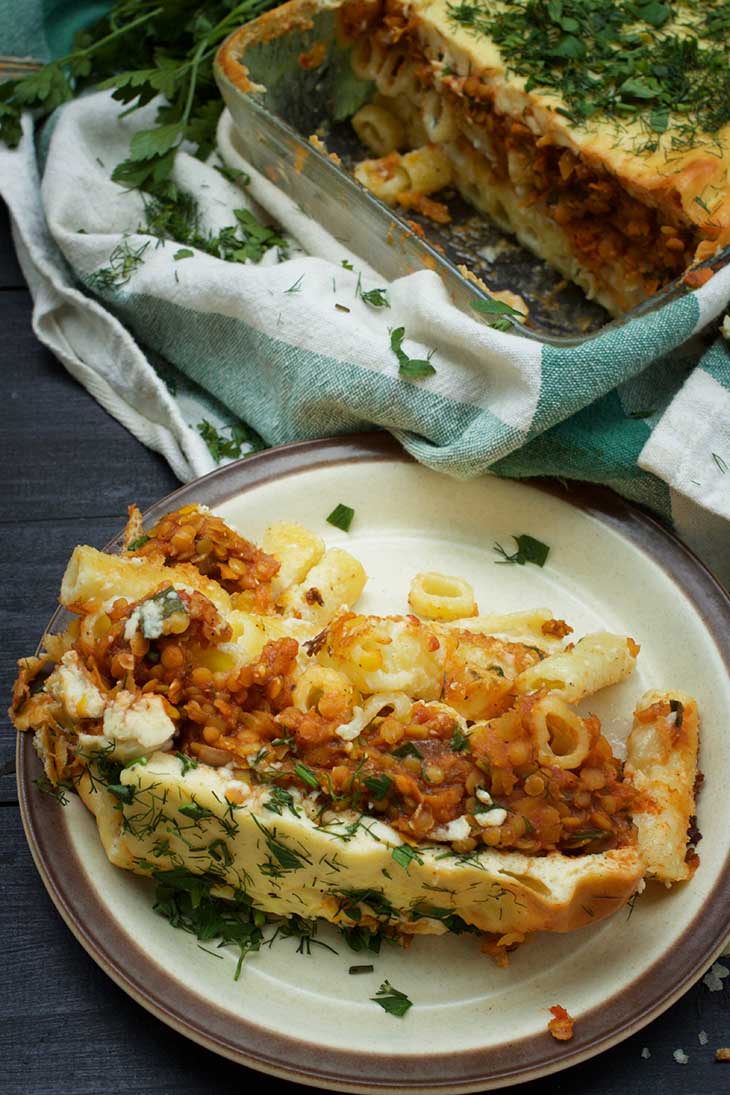 If you want to make the authentic Greek pastitsio recipe, there are some exact steps you have to follow. First, you need to prepare the filling sauce and the Bechamel sauce. The bottom layer of the casserole has to be made of cylindrical pasta and Greek people usually combine it with the famous feta cheese in order to add more taste to the entire dish.

After you created the base layer of pasta, you add a layer of the mixture made of ground lamb, veal or even beef (or their vegan versions I used in this recipe) with a carefully chosen mix of spices (such as cinnamon) and tomatoes. Then you add another layer of pasta and top everything off with some creamy Bechamel sauce. Add some cheese on top if you want some extra flavor and serve it while still warm. Greeks usually serve pastitsio together with a salad, to add a bit of freshness to the dish.

For the vegan pastitsio recipe, I replaced ground lamb with a mix of healthy vegetables: carrots, lentils, tomatoes and, of course, authentic pastitsio spices such as cinnamon and nutmeg.

The vegan Bechamel sauce is actually super easy to make! I made it with vegan butter, vegan milk, flour and silken tofu. I used rigatoni pasta in order to create a vegan pastitsio recipe that looks as similar to the original one as possible! 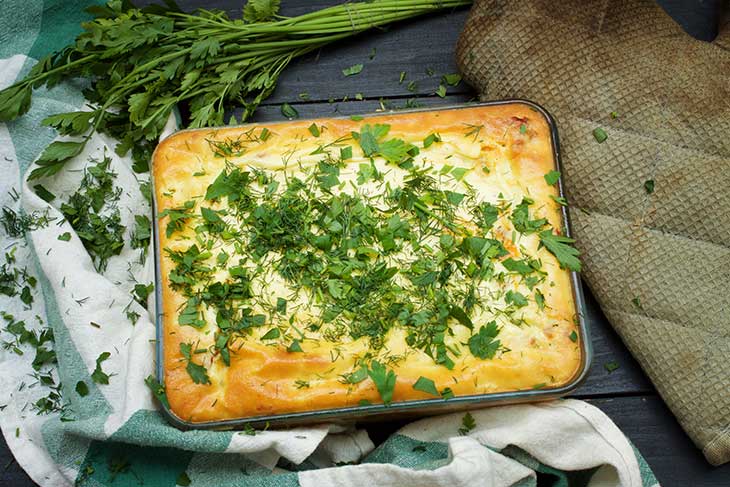 You know I’m a big fan of casseroles, as I find them to be some of the best comfort foods ever and you can feed an entire crowd with them! Pastitsio is the perfect dish for meal prep – you can cook a big casserole over the weekend, cut it into pieces, put them in separate containers and keep them in the refrigerator for the following days. You will then have the perfect hearty lunch or dinner, that you can even pack for school or work. 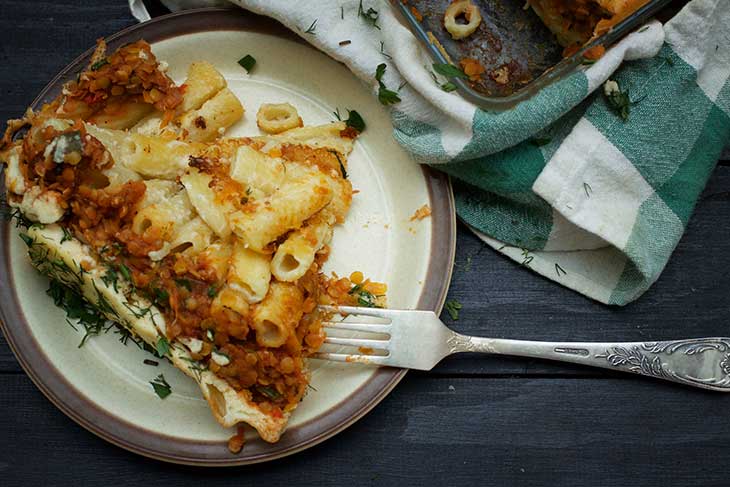 When do you add the boiling water? Is that for the pasta?

Can this be frozen? I just made it for New Year's Eve 2020 and it is wonderful! We love it!

Sure! :D So happy to hear you liked it!

Love this recipe! I have been looking for a plant-based recipe to replace a similar Greek dish I used to enjoy. I've made this several times and making again this week for a church potluck. Thanks!!

Thank you! Glad you liked it!

Cups. Sorry! I corrected the recipe.

So filling and flavorful. I love all your Greek recipes! :)