The color of tomatoes isn’t just red? They can be: purple, yellow, orange and there is also an assortment of tomatoes with stripes.

Tomatoes are native to South and Central America. The Spaniards are the ones who brought the tomatoes to Europe after conquering the Aztec empire. From there, the tomatoes spread to other parts of the European world during the sixteenth century.

The benefits of tomatoes

Tomatoes are not only tasty and good looking, but they also play an important role in a balanced diet by providing the necessary nutritional intake.

Tomatoes contain a significant amount of vitamin C, folic acid, iron, and lycopene. All this helps, in the case of pregnant women, the good development of the fetus. Also, tomatoes contain a lot of fiber, potassium, and choline which ensures good heart health. Regarding their role in the prevention of cardiovascular diseases, the most important fact is that by increasing the supply of potassium and decreasing the amount of salt (sodium) in the diet, the risk of their appearance is reduced considerably.

What we need to know when preparing culinary recipes with tomatoes:

The tomatoes can be cooked either in the oven, on a slow fire or on the barbecue with other vegetables. The most common recipe for tomatoes is in the form of a paste that is put on pizza, fries or in sauces, namely ketchup. The initial recipe contained egg whites, mushrooms, oysters or nuts. Currently, the spices and flavors used in the preparation of this recipe usually include onion, cilantro, cloves, cumin, garlic, and mustard. 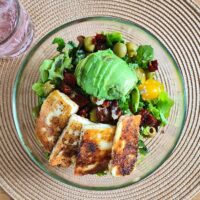 In need of a filling yet refreshing summer dish? Here’s how to make the BEST grilled halloumi salad that’s actually tasty and far from boring! Confession time! I decided to … 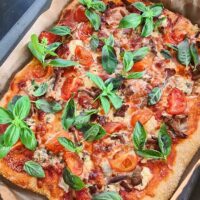 Are you ready for the easiest, most delicious homemade pizza? Here’s how to make my artichoke mushroom homemade pizza! >>> Confession time! I decided to change things on the blog …

Looking for a yummy lunch recipe? Here’s how to make the best broccoli-quinoa burger. Healthy, easy, and packed with proteins! You may already know how much I love vegan patties. …

Looking for a quick lunch? Here’s how to make an incredible chana butter paneer masala with basmati rice. Too flavorful to be true! Truth be told, I kind of invented …

Get ready for the ultimate spring salad – grilled zucchini and beetroot salad! It’s yummy, it’s super flavorful and it’s SO easy to make! Confession time! I decided to change … 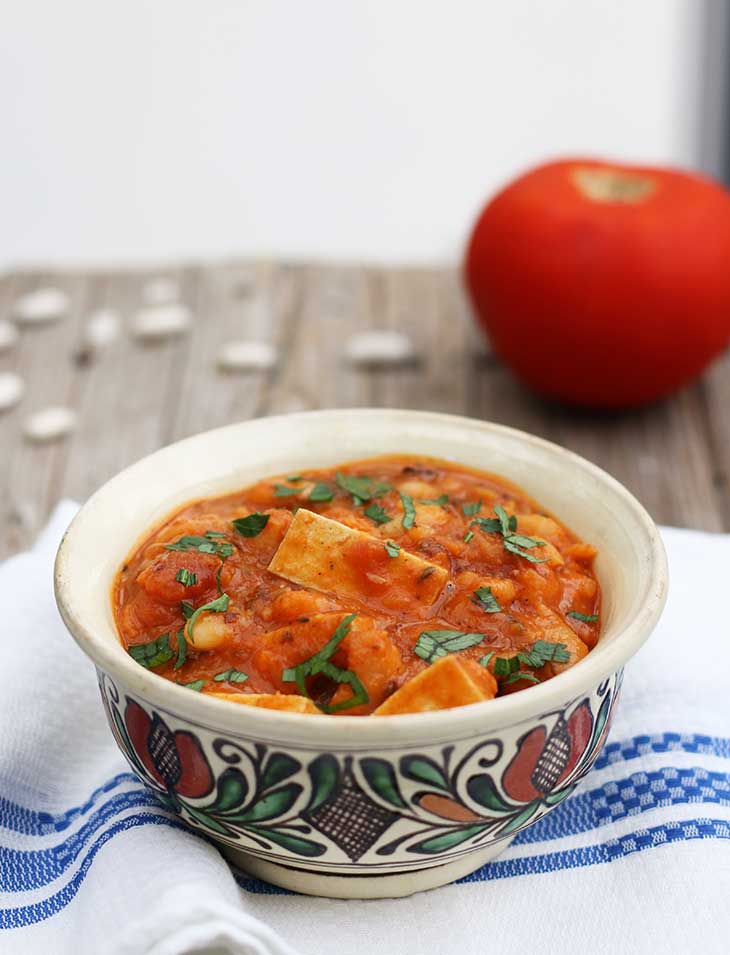 Quick, easy, and extremely nourishing – here’s how to make the most delicious smoky beans stew. Give it a try! You may already know how much I love a good, …

Extremely quick, super yummy, and healthy as well: here’s how to make the BEST roasted tomatoes and feta cheese pasta! Inspired by the Tik-Tok trend, only better! Confession time! I …

Bread lover? Why don’t you try something special instead? Here’s the BEST focaccia recipe – vegan, healthy and extremely flavorful! If you’re one of those people that have started experimenting …

Mexican dinner? Movie night? Regardless of the occasion, these loaded vegan nachos are the BEST snack! Here’s how to make them in 15 minutes! Confession time! I decided to change …

Craving some delicious comfort food? Here’s how to make the BEST vegan Goulash soup, a traditional Hungarian recipe with a healthy twist. It’s very healthy and delicious! If you’re from …

In need of a change? Here’s how to make the most flavorful vegan butter chick’n – healthy, easy, creamy, and bursting with exotic aromas! Ah, the Indian gastronomy… truly one …

If you’re a fan of cream soups, then you’ll surely fall in love with this recipe. Here’s how to make vegan kidney bean soup – healthy and bursting with amazing …