Here’s how you can easily make vegan arancini, also known as vegan fried rice balls or fried risotto balls. It’s the perfect recipe to make with leftover rice! Give it a try!

Arancini is delicious Italian appetizer recipe, originating from the Sicilian region. Arancini are simply stuffed rice balls coated with breadcrumbs and then deep-fried. The stuffing varies, from meat (usually a ragù filling, similar to the one used for the Bolognese pasta), mozzarella or even peas.

Arancini can be shaped spherical or cone-shaped, depending on the region they are made. The name means “little orange” and depicts perfectly how these rice balls look once fried. 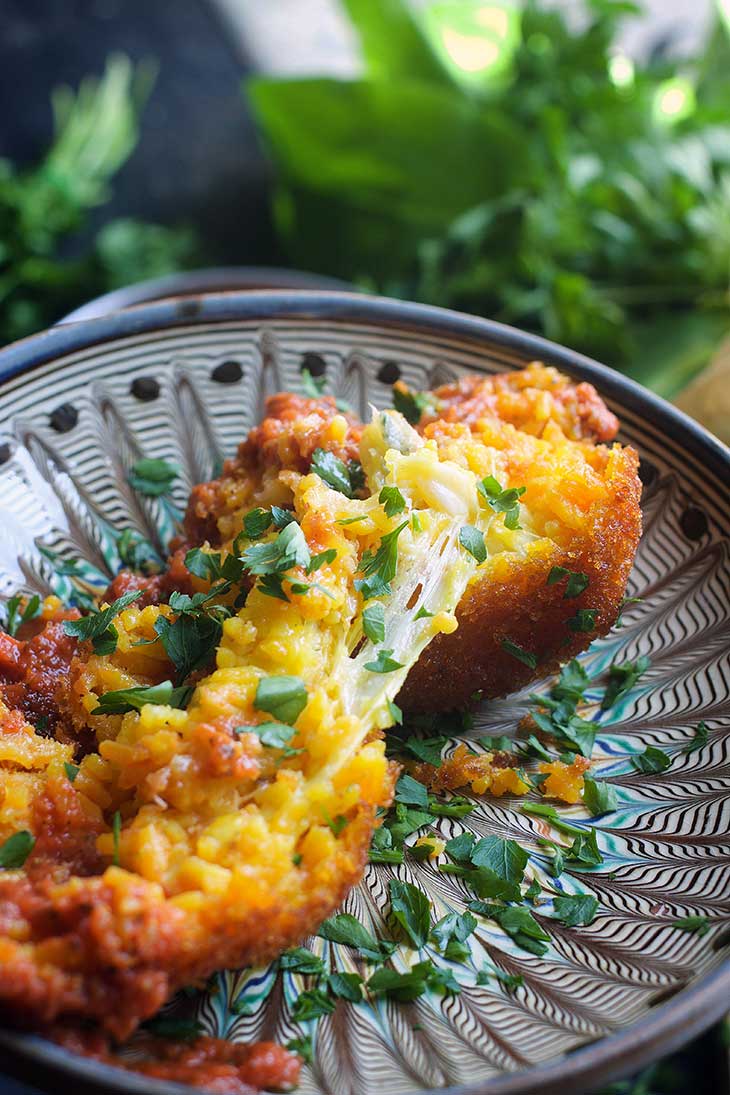 This is not exactly a healthy recipe, as there is a lot of frying involved. There’s no way you can get the crispy texture without deep-frying, so when I decided to re-create this recipe I knew that baking wasn’t an option.

Veganizing this recipe was a breeze. I replaced the eggs with some psyllium husks mixed with water. After a couple of minutes, they turn into a gel-like consistency similar to that of egg whites. The filling was made with vegan cheese. Use a brand of vegan cheese that melts or make my vegan mozzarella recipe!

These vegan fried risotto balls are very easy to make. You can try this delicious appetizer/snack whenever you have some leftover rice and don’t know what to do with it.

Hope you’ll like this vegan fried balls recipe. Give it a try and send me your feedback below! 🙂 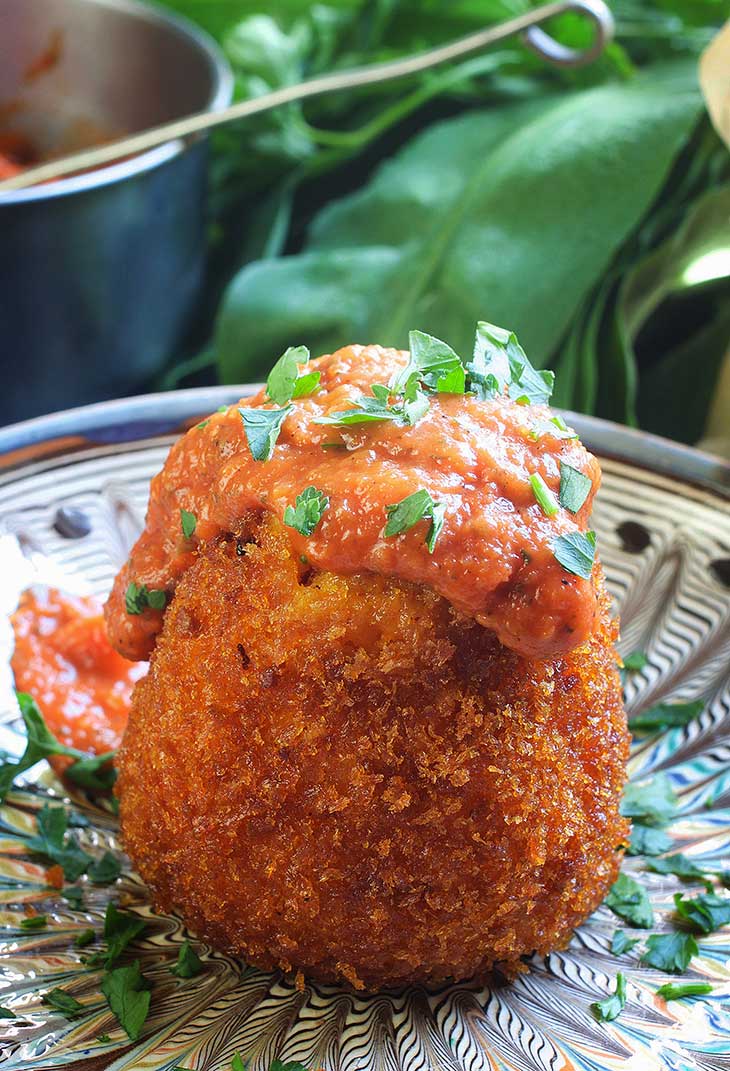 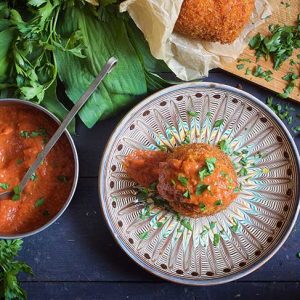 Ruxandra Micu
Here's how you can easily make vegan arancini, also known as vegan fried rice balls or fried risotto balls. It's the perfect recipe to make with leftover rice! Give it a try!
5 from 1 vote
Print Recipe Pin Recipe
Servings 4 -6 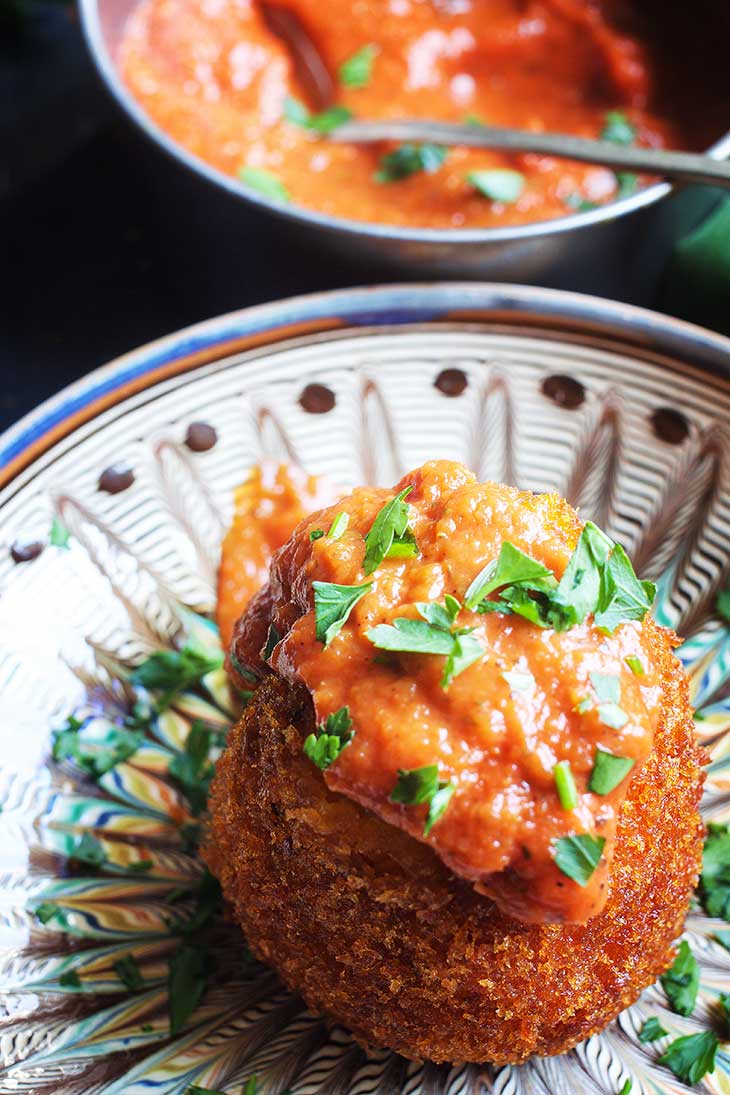