This is the easiest and quickest vegan Bolognese pasta recipe you can make, plus the vegan Bolognese sauce has a very similar texture to the traditional, meat-based recipe!

TSP (textured soy protein) is quite amazing as a meat replacement for vegans! You’ve seen me using it in my previous recipe – the vegan meatballs – and now here’s how it can be used to create the BEST vegan Bolognese sauce with the perfect, meaty texture!

In case you are not familiar with it, you should know that TSP is made out of soy and if you use a non-GMO product, it can be quite a healthy option! It’s super high in proteins, having 50g of pure protein per 100 grams of TSP. Pretty amazing, right?! Not to mention the texture, which resembles meat so well. 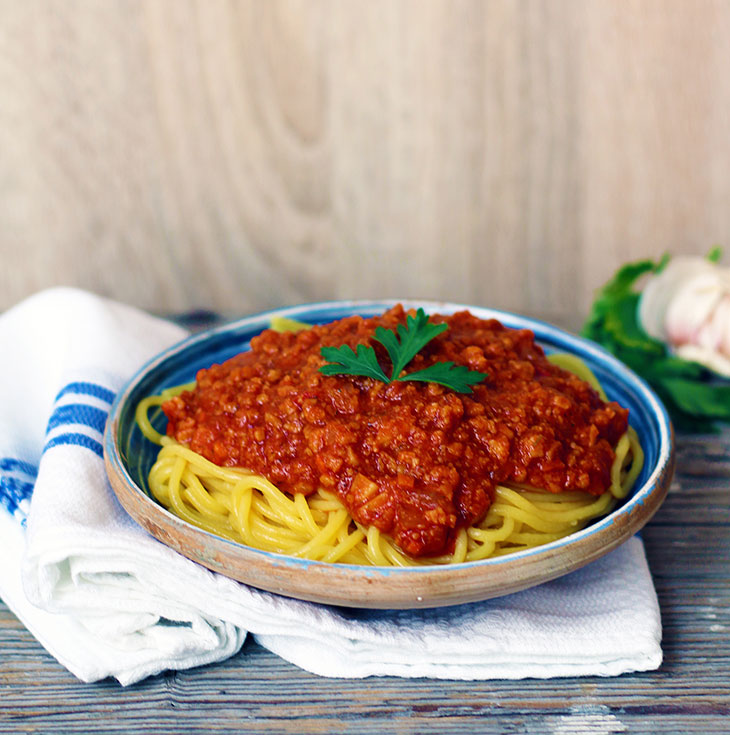 Hope you’ll try my vegan Bolognese recipe! It’s ready in just 25 minutes and it’s extremely easy to make. No special equipment or Masterchef skills are needed. I also made this gluten-free, by using my favorite brand of gluten-free products, Schar, but you can use any other kind of pasta you want.

Want to see how I made this vegan Bolognese pasta recipe? Check out my video below!

So, without further ado, here’s my vegan Bolognese pasta recipe. Leave me a comment below to tell me how it was! 🙂

P.S. I recently started posting on my YouTube channel. I post weekly, every Thursday. This recipe and others, which I will post soon on the blog, are part of my first What I Eat in a Week video. Don’t forget to Subscribe and give it a Thumbs Up if you like it! 🙂 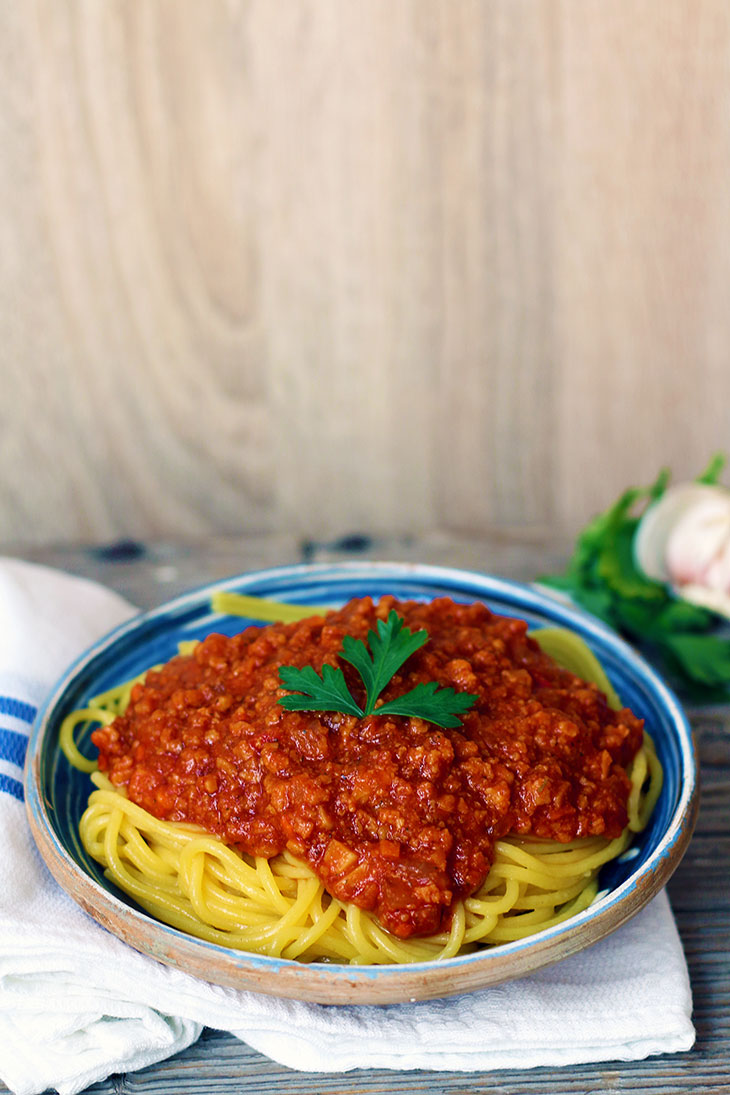 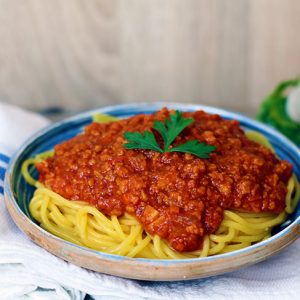 Previous Post: « Meal Planning Guide | How to organize your meals and improve your diet
Next Post: 5 Vegan Recipes for Lazy Vegans | What I Eat In A Week Video no. 1 »