Here’s how to make vegan banana cream pie! This delicious dessert was inspired by the American classic Banoffee pie!

Banana Cream Pie is a well-known American dessert, a layered, very light and sweet pie made with, of course, bananas! It is also known as Banoffee pie, which is a combination between “banana” and “toffee”, because, besides bananas, the traditional recipe for this pie also contains a delicious cream and some toffee.

Banoffee Pie is a very popular roadside diner dessert, together with the classic apple pie or cranberry pie. This pie recipe is widely spread across the entire country of the United States and, over time, it has received different changes and versions. Some Americans prefer to make it with chocolate or coffee too, which is a nice addition to the already flavorful cream of the banoffee pie. 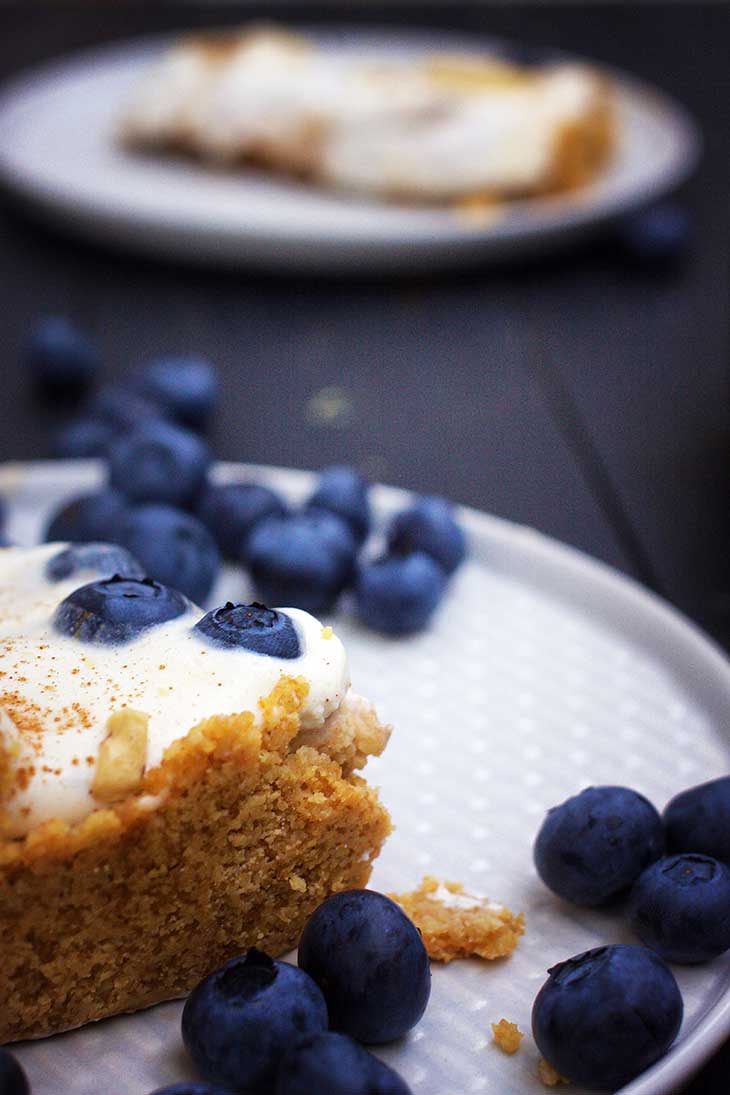 Many people trace the origins of the Banoffee pie or the banana cream pie in Britain, as it was created by a very famous British chef. Either way, the fact that the Banoffee pie (served with some whipped cream, of course!) has become a real staple dessert in the American cuisine is unquestionable. 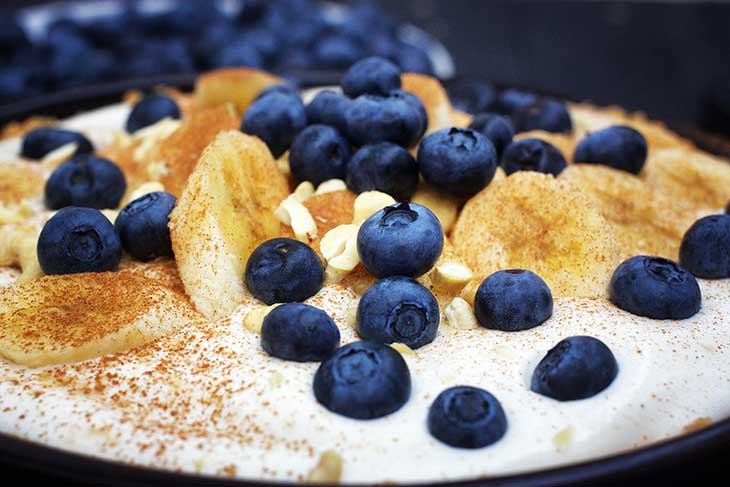 What I like most about the banana cream pie is the exquisite, yet simple combination of flavors. First, we have the simple crust, which gives the pie a nice consistency, then comes the amazing vanilla custard and everything is completed with some banana slices. If you want to eat the pie like a real American, you have to order it with some whipped cream on top, in order to achieve the perfect result. 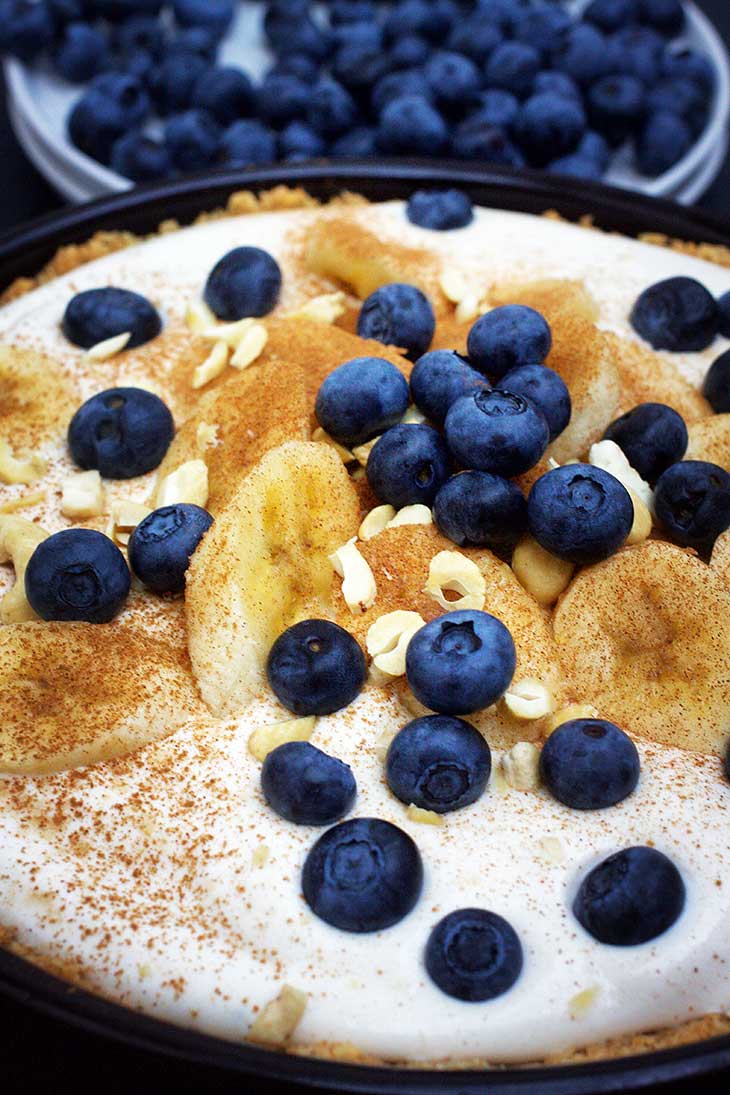 To make it healthier, I created this vegan banana cream pie, which is just as delicious as the authentic recipe. The traditional recipe is made with a biscuit base, but you can also bake a very simple crust out of coconut flour, almond flour and coconut oil, for example, like I did. If you want the even easier method, simply use a biscuit base you can make with some vegan biscuits, blended to a breadcrumbs consistency, and mixed with coconut oil. 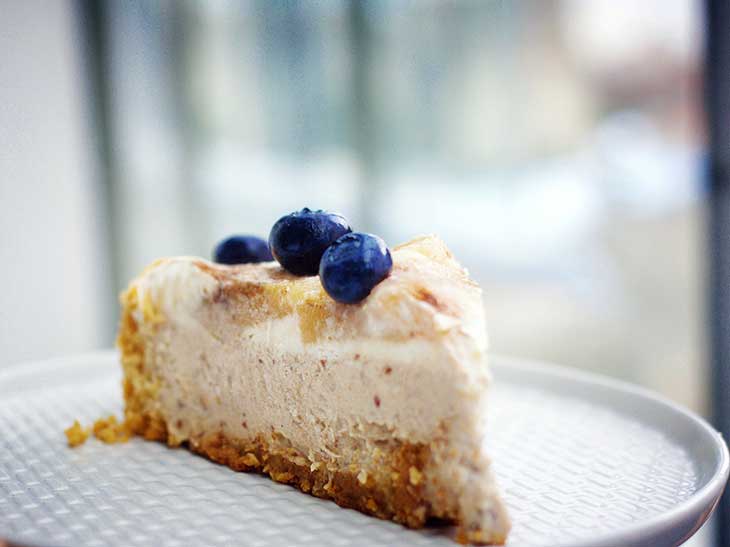 This vegan banana cream pie (vegan Banoffee pie) is absolutely perfect for a summer party, a celebration or just for a regular day when you want to satisfy your sweet cravings. Add some fresh blueberries on top and you’ll have the perfect American dessert!

You’ll need a blender to make it, but other than this, no special equipment is required. Enjoy my vegan banana cream pie recipe! 😀 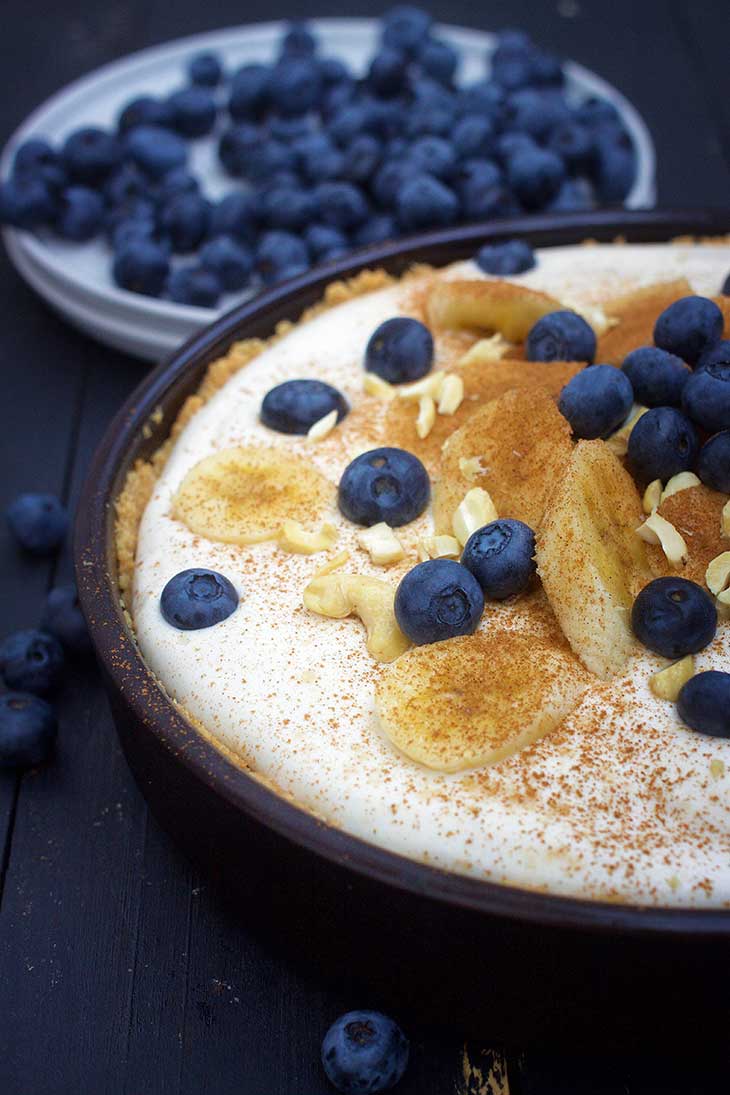 Can we get Macros on your recipes. It looks good but is probably high in ...

Hi! You can use cronometer to calculate. ;)

One of my favorite desserts ever! Love how you transformed it into a vegan one, delicious! :)