What comes to your mind when I mention America? The Statue of Liberty, the Emperor State Building, the Grand Canyon? On second thought, you may think about liberty, equality, and opportunities to realize your ambitions.

You would also happily ramble about apple pie, and fried chicken, hamburger, and meatloaf. Yes, food is such an integral part of the American culture and lifestyle that it is hard to leave it aside.

However, American cuisine is much more than burgers and chips and Sloppy Joes. It is almost a living entity that enumerates how politics, history, and culture are shaping the palate of the people. American cuisine reflects the past, present, and future of the country and blends it all seamlessly. 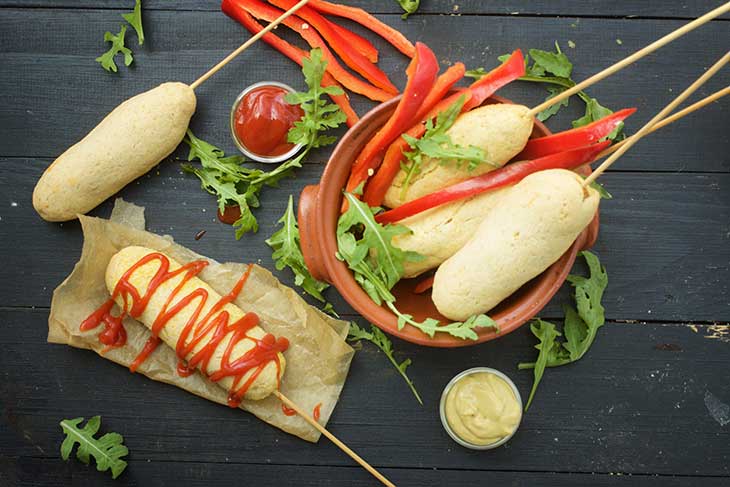 The history of American cuisine – the blend of different cultures

American cuisine is unique in many ways. No other cuisine reflects history like the American gastronomy. Moreover, the cuisine charts the political and economic growth of the country and contains invaluable information on how its culture, tradition, and lifestyle changed with time.

In most countries, the cuisine is determined by the local ingredients available, the cooking methods used and the lifestyle of the native people. However, in America, the cuisine is dynamic and shows how it changed with the survival needs of the inhabitants.

The Native Americans depended on the available ingredients to develop their own cuisine. Since the country has a vast coastline, seafood occupied a prime position in their food habits.

While people from the east coast consumed herring, cod, halibut, and lemon sole, the natives of the west coast depended on salmon. In the east, blue crabs are popular along with quahog and soft-shell clam.

The Native Americans had also developed their own cooking methods. Grilling was common, so was spit roasting. The method of stone boiling was developed by the Natives as they didn’t have pottery that they can put on fire directly.

In the initial years of the colonial period, the immigrants tried to retain their food habits by growing crops they were used to consume in their own countries. However, all of their attempts did not attain success.

For example, they could not grow high-quality wheat that was available in England and hence cornmeal started playing a big role in their diet. We will see how this helped in devising dishes like corndog and cornbread in later years that became a part of the American cuisine.

Another trend that was observed during this time was a general disdain for French cuisine due to the strained relationship between the two countries. During the 1800s and 1900s, the American cuisine varied between the regions and the type of settlers the regions hosted.

While southern colonies had their unique cuisine that was more influenced by the Blacks and the Natives, in the north the seasons and the ocean played a vital role. Thus, seafood was consumed more in the north, the New England colonies continued to follow the British cuisine.

With time, the new American cuisine was born that represented a melting pot of different cultures. In the post-colonial era, some foods spread far beyond the local palate like the peanut butter. Some dishes attained global fame like cornbread, fried chicken, and popcorn and cola. A host of American chefs worked on giving the cuisine the much needed global feel.

Thus, we see that American cuisine is as evolving and intriguing as the country itself. 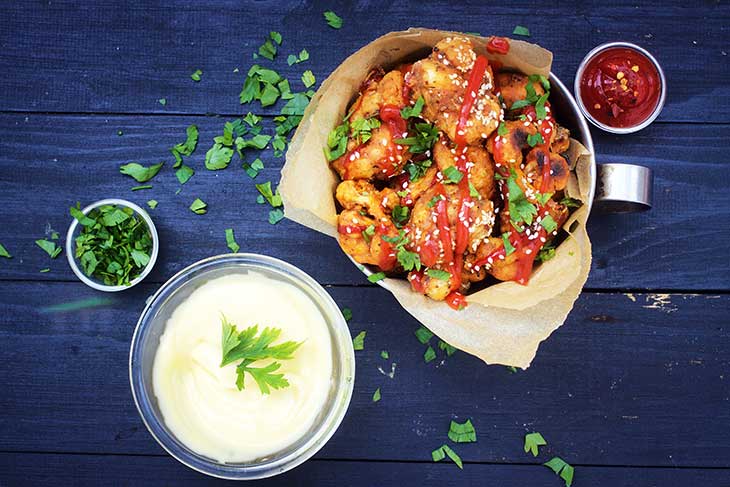 Through the ages, the Americans have perfected their culinary skills by using a host of methods. Boiling, baking, frying, poaching, grilling, roasting, and stir-frying are some of the most popular cooking techniques of Americans.

Some of these methods were indigenous while others they have acquired from the immigrants. In the initial years, Africans and English had the most profound influence on American cooking.

French cuisine was disliked due to the adverse political connections between the two countries but later on, a lot of American dishes drew inspiration from the French cooking methods.

America never fails to be at the center of attraction. Be it politics or Hollywood, the whole world is curious to know what’s trending in this country. The eating habits of the Americans are a matter of great discussion too.

Let’s find out what Americans are eating today so that we can compare with the age-old traditions. Unfortunately, unhealthy food habit has become a matter of concern today. Most Americans thrive on fruit juices, pizza, and chicken. Indian, Japanese, Thai and even Chinese dishes are very popular in America.

Mozarella is their favorite cheese followed by cheddar. Amongst vegetables, tomatoes and potatoes are most popular. Chicken is beating beef in popularity.

Amongst fruits, oranges and apples are more common. Americans have a sweet tooth and gorge on ice creams.

For lunch and dinner, they eat a few vegetables, bread, and meat. Macaroni and cheese, green peas, mashed potatoes, and fried chicken are more common.

American cuisine reflects its philosophy and lifestyle. Thus, the nation relies on foods that are easy to make, convenient to eat and has a no-nonsense vibe associated with them. Thus, sandwiches occupy a crucial position in American cuisine.

Whether its peanut butter sandwich or Sloppy Joe, Philly cheesesteak sandwich or Kentucky hot brown sandwich, Americans can never have enough of them. 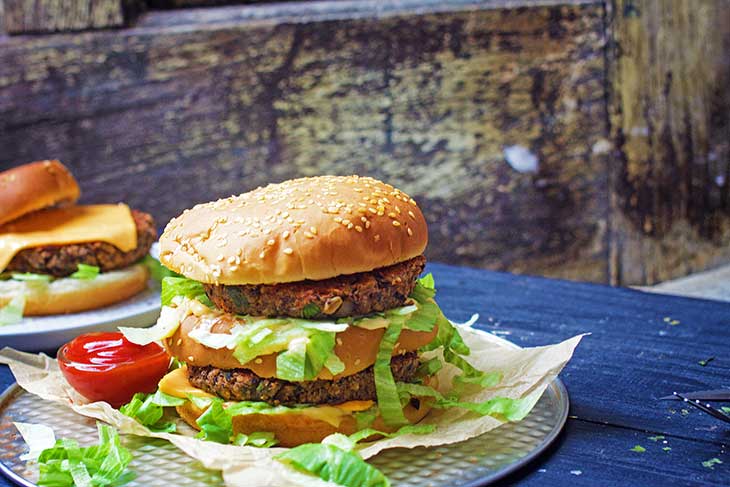 Let us now share some of the famous American dishes that have stood the test of time and are still a part of their cuisine. These dishes have undergone a lot of changes, some of these have been inspired by foreign cuisine and contain all the features of American cuisine – varied, interesting, delicious, and true to the sense of America.

Cornbread –  its America’s soul food. Originally from the south, today cornbread has become an integral part of every American household.

Cornmeal was grown in abundance in America and thus, was the first choice to prepare bread that would be convenient, provide nutrients and keep the hardworking people full for a long time. Slowly, all the different cultures which started co-existing in America adopted cornbread and even made it better by tweaking the recipe.

We have already mentioned that the Americans love potatoes and enjoy it in different ways and tater tots are one of the yummiest potato dishes you must have in America. Made of grated potatoes in the shape of cylinders, tater tots are simple and superb in taste.

The other popular veggie recipes are crushed fava bean and avocado toast, smoky glazed asparagus, creamed spinach and parsnips, cheese-stuffed grilled peppers, and three-sister casseroles. As the name suggests, these dishes are delicious and show different aspects of the cuisine.

Non-vegetarian food was popular in America since the pre-settlement ages. The Native Americans who lived near the coast consumed seafood. With immigration, the cuisine changed and the early settlers brought back recipes from their own country. Livestock was raised and chicken, beef, lamb and other meat became popular.

The corn recipes are very popular in America. The Americans have been using cornmeal in different ways and corndog is just another way to devour sausages.

Corndog is a hot dog deep fried after dipping it in a thick batter of cornmeal. It is fast food or street food that Americans rely on when hungry or when in need of comfort.

Talking about fast food and comfort food brings us to another iconic food from America – the hamburger. From roadside eateries to fine dine restaurants in New York, you will get this item almost everywhere.

The hamburger was born in 1900 in New Haven, Connecticut and ever since has found a permanent place in the plates of the Americans. 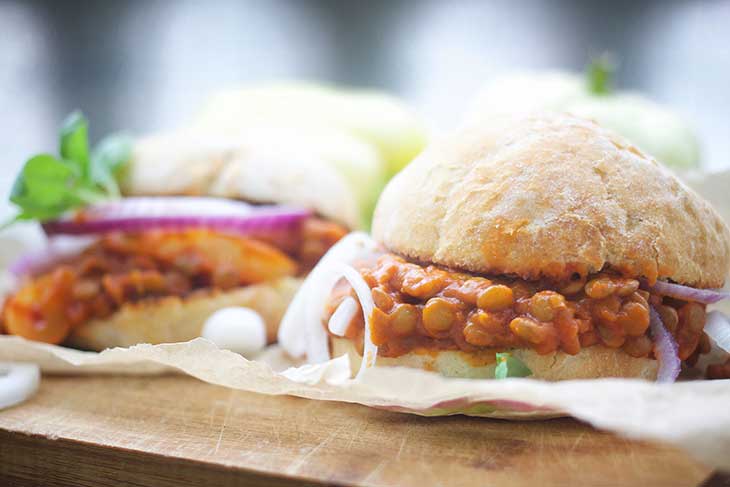 Fried chicken – the ultimate comfort food to the Americans. This dish was once considered a luxury preparation, enjoyed only on special events.

However, nowadays it has become a prominent part of everyday food and most Americans simply die over their fried chicken. This dish originated in the south, a dish that the slaves enjoyed on special occasions. Later on, it traveled to the north only to gain more popularity.

The seasonings changed but the recipe remained more or less the same. Still today, fried chicken is related to togetherness and family gatherings.

Clam Chowder – the name sounds queer, the dish looks hideous but once you taste it, you would know that it takes a genius to come up with this superb creation.  Potatoes, heavy cream, salted pork, quahog shellfish, and herbs go into this quintessential American delicacy.

You may have heard about Jambalaya, the signature dish of Louisiana. Made from meat, vegetables, and rice, it is a dish that America depends upon to stir up old memories and relate food to the soul. Colorful and tasty, you must try it while touring America.

Is there any American who doesn’t love meatloaf? No. they grew up on meatloaf and everyone would have memories related to it. Mothers made the dish healthier by adding mashed potatoes and green beans.

Thus, you can see this so-American and convenient food for so many has a deep connection to the history of the country.

Americans are blessed with a sweet tooth. From pies to ice-cream, they love their desserts. Here is a quick recap of the most celebrated American desserts for you.

Key lime pie is an American dessert that does not require any introduction. This is the official state pie of Florida and is one of the iconic dishes of this country. The dish was made way back in the 1800s and ever since has delighted the Americans and found its own place in the global food map.

Bananas are good for your health and mood and when you have them in the form of a banana split, you may want to break into a tango. This is a variation of the sundae that the Americans swear by.

This is a simple recipe made of banana, vanilla, chocolate, and strawberry ice-cream, fresh fruit slices, and whipped cream and chopped peanuts. The result? A mouthwatering, comforting dessert that you can never have enough.

Apple pie. You must have been wondering why I didn’t mention this dessert in the beginning. This is because I wanted to give it the importance it deserves. Nothing can come between apple pie and Americans. This simple and delicious dessert made of apples, sugar, and buttery pastry has enamored not only the Americans but the whole world. 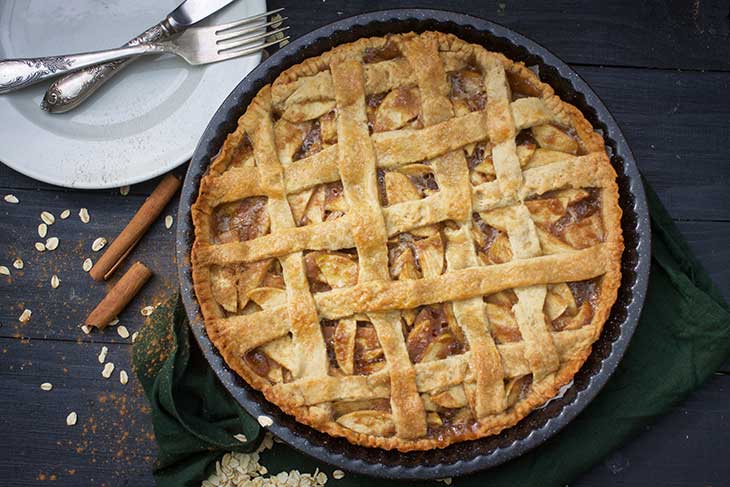 Americans love their lifestyle. Dining out is a part of the culture and hence the country boasts of plenty of eateries across the range. There are chefs who have been popularizing the cuisine, hosting cookery shows and making the world aware of the cuisine of their own country.

Bobby Flay is one of the most popular chefs who have his restaurants and burger palaces spread across the country. He is a pioneer in his field and a member of the Hollywood’s Walk of Fame.

We cannot end this article without paying tribute to Anthony Bourdain. A star by his own achievements, he is known for his insights. He is a rare gem of a person and continues to inspire many.

American cuisine is diverse, remarkable, simple and yet profound. It represents the true spirit of the country and continues to evolve and take inspiration from other cuisines to add to its glory. Do taste this cuisine when in America as without it you cannot claim yourself to be a foodie.