This vegan French onion soup is just as tasty as traditional French onion soup, with no taste and/or texture differences whatsoever! It’s also really easy to make, with no special cooking skills or equipment needed.

I wanted to make vegan French onion soup for quite a while, but I don’t know why I never had the courage to do it. The recipe always seemed too sophisticated to me, but it turned out I was wrong! This is not only extremely easy to make but also incredibly delicious! You don’t need any special cooking skills or equipment, this French onion soup is super basic and made with only a couple of ingredients.

As you probably know, French onion soup is usually served with broiled, melty cheese on top. I opted for the easy way and bought some vegan cheese from the store, but if you don’t want to buy it and plan on making your own vegan cheese at home, this book is the best for teaching you everything about artisan vegan cheese recipes. 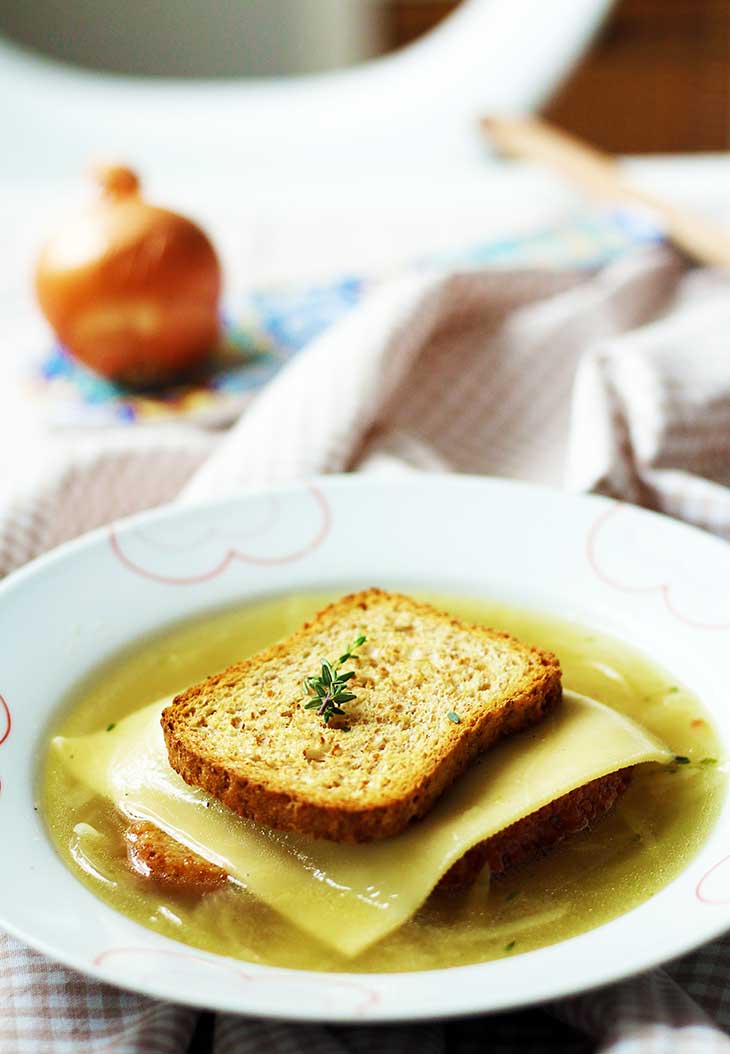 I’m a huge onion fan, I use it in almost every savory meal I make, so this soup easily went straight to the first place on my top favorite soup recipes list. Next, I’m planning on making garlic soup. I’m curious which one I’ll like more. 😉

Instead of adding wine, I used blonde beer. Unfortunately, it turns out I may be allergic to wine (will talk more about this in a future post), so I stopped drinking it or using it for cooking. Beer is a great replacement in this recipe and adds a really nice flavor.

Hope you’ll try my vegan French onion soup recipe! Let me know how it turned out for you, by leaving a comment below.  😉 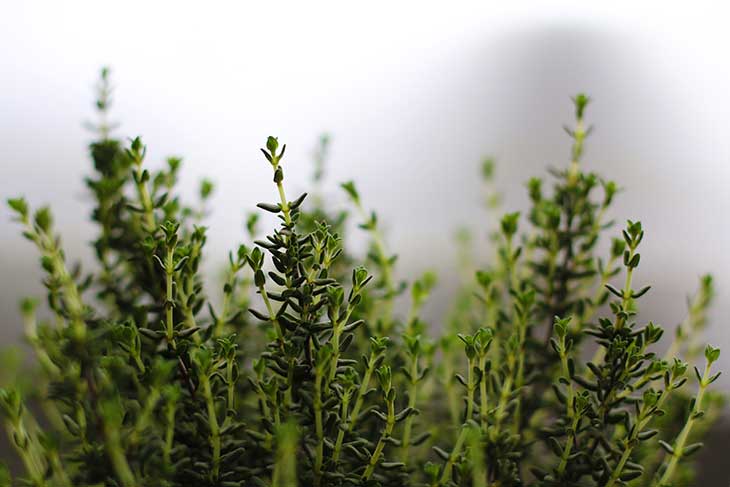 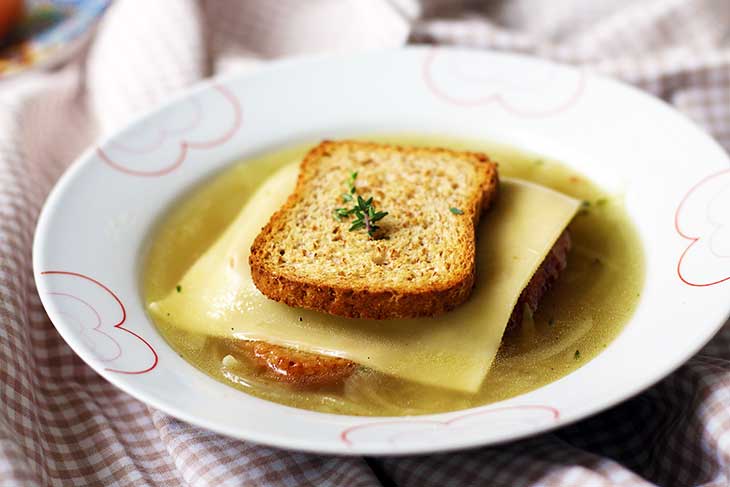 What do you think about this delicious vegetarian onion soup? Give it a try!