This recipe may be called French silk pie but it’s actually American! 🙂 It first appeared in 1951 when Betty Cooper won an “Ice Box” pie. However, I decided to include it in the French recipes section because my version it’s actually an invention inspired by the popular French silk pie recipe. I also made it vegan and without the crust.

The original French silk pie recipe has a chocolate pudding filling, with a silky texture and a sweet crust. I made it vegan, more on the mousse-side with the texture and skipped the crust. This is a more minimalist and healthier approach which I hope you’ll like. 🙂 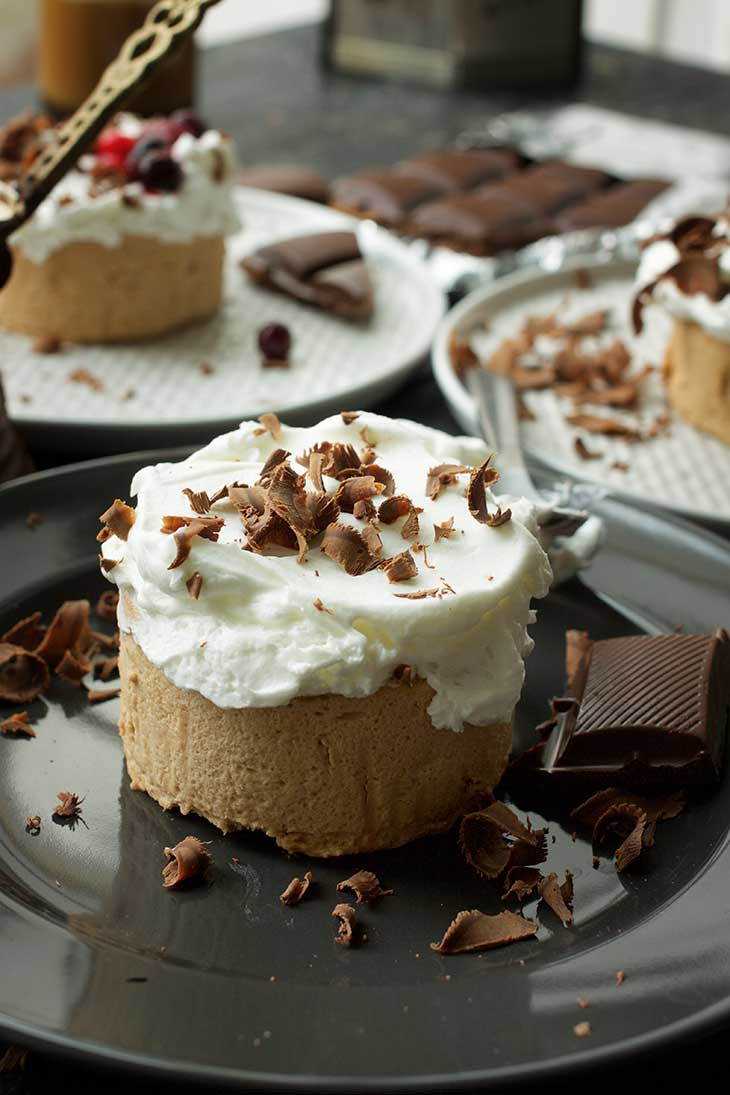 The texture of this vegan French silk pie or mini-chocolate mousse cakes as you may also call them is divine! It melts in your mouth and has a rich, decadent chocolate flavor.

I served these mini chocolate mousse cakes with some vegan whipped cream made with coconut and it was just the perfect combo. It also has a subtle coffee flavor and goes very well with forest berries or sour cherries.

This vegan chocolate dessert recipe is extremely easy to make. You don’t even have to bake it! Just mix, blend, pour and refrigerate. This is basically all you have to do to enjoy this silky-smooth chocolate dessert.

Give it a try and let me know if you liked it as much as I did. 🙂 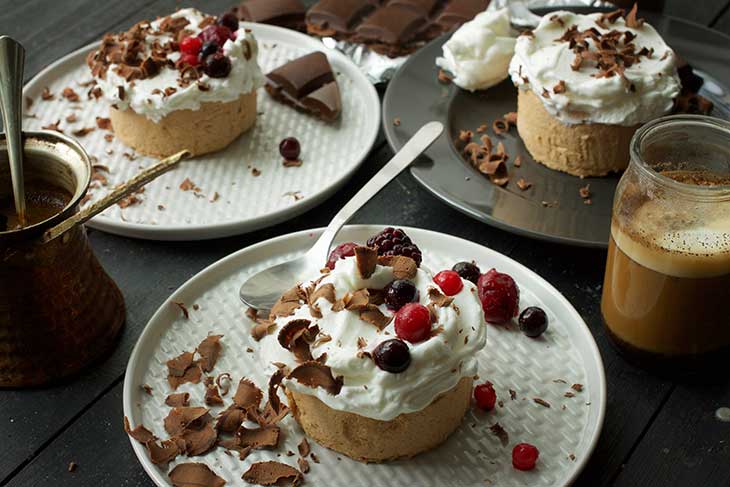 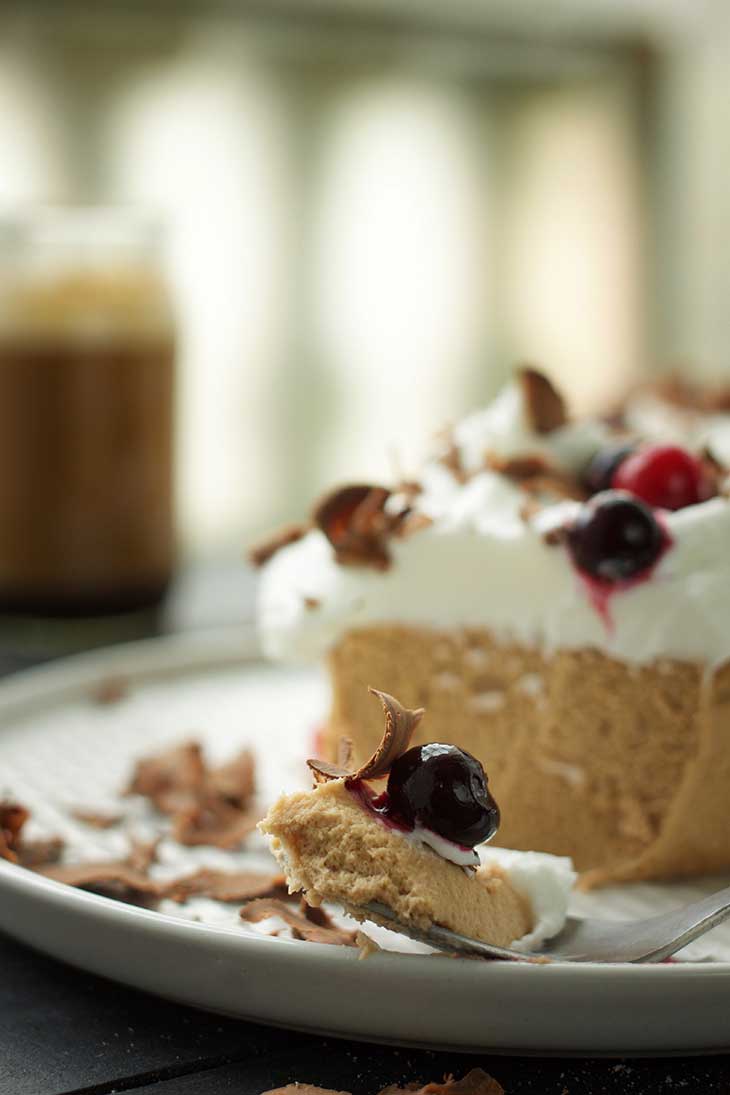 Thank you for the recipe! Made this dessert today for my kids and they loved it!

You're welcome! Glad to hear your kids loved it!

How many servings does this recipe make?

3 mini-cakes, like the ones in the photo. :) I would say 6 servings because one mini-cake is too much for one person.

Love the photos! I tried this last weekend and my family loved it! Thank you for this delicious recipe!