I won’t lie… this is a CARB BOMB! But it’s delicious and healthy too, so it’s nothing wrong with eating this for once in a while. I made this vegan nacho cheese sauce recipe a few weeks ago and I absolutely loved it. Because I made way too much ‘cheeze’ sauce for tortilla chips, I decided to use some for pasta. I’m glad I did. It was awesome.

This vegan nacho cheese pasta recipe is very simple. All you have to do is make the vegan nacho cheese sauce with half the quantities in the recipe and pour it over some gluten-free pasta. That’s it! The sauce is also easy to make. Boil and blend. That’s all!

Give this vegan nacho cheese pasta recipe a try. I’m sure you’ll love it as much as I did! 🙂

P.S. If you want it to be even better, crumble some tortilla chips on top. Perfection! 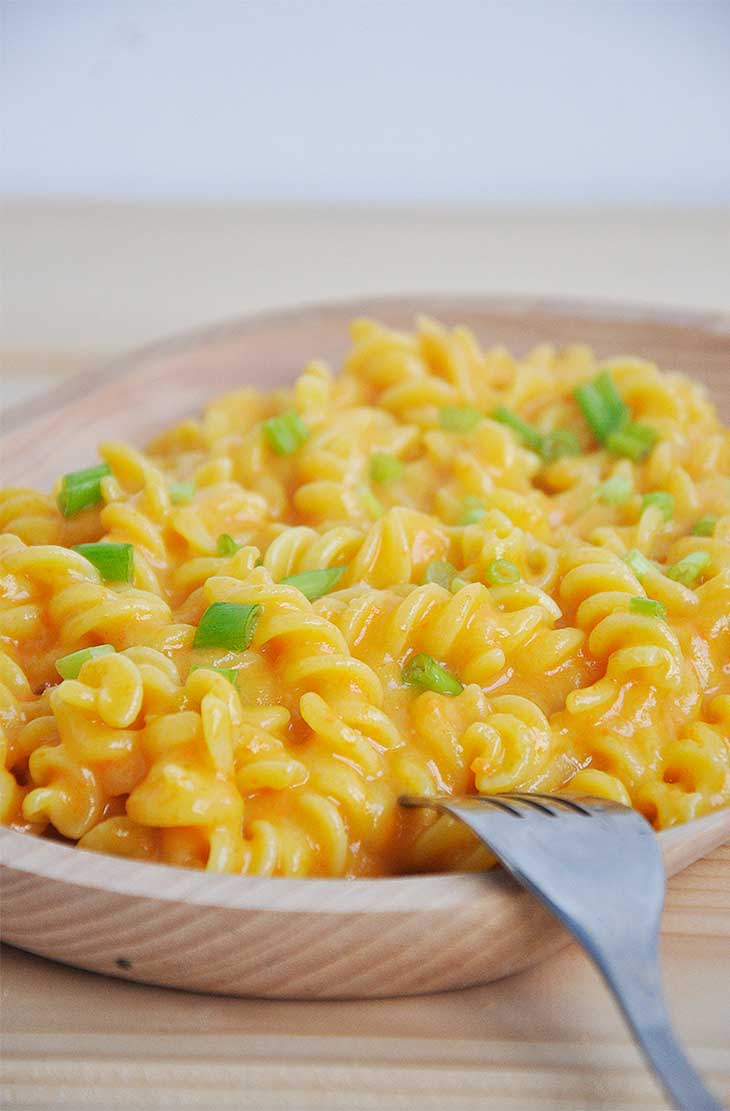 Why you have to try this vegan nacho cheese pasta recipe? It’s delicious and it’s gluten-free! 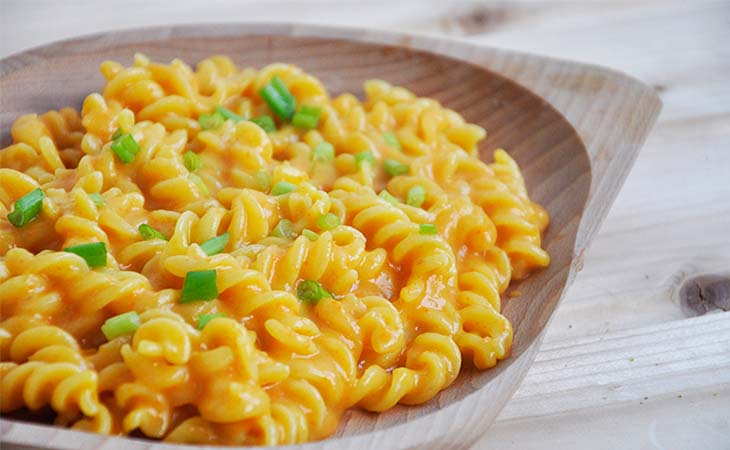