If you crave a delicious, healthy, no-gluten vegan steak, this is the recipe you’ll want to make! It has a great texture and delicious barbecue steak taste!

I first heard of seitan, and how awesome it is, about a year ago. Just around that time I also found out that gluten is not my friend…those were really sad news. I almost gave up, thinking I’ll never be able to eat fake meats again, and that my veggie burgers (which are pretty awesome!) will have to be enough. Everything changed a couple of weeks ago when I had this awesome idea of making vegan steaks, gluten-free style!

In order to make a good vegan steak, you’ll have to think about three things: SHAPE, TEXTURE, and TASTE.

Giving it the shape was easy. The idea for vegetarian steak recipe this came when I saw how gluten-free pasta becomes all sticky and gluey if you leave it too much in the water, and especially if you leave it in the fridge as well. I thought this would be a perfect substitute for gluten and that I can transform it into gluten-free seitan! 🙂 It could be the best ingredient for all kinds of vegan meat recipes and gluten-free vegan meat.

Want to grow oyster mushrooms at home? Check out this mushroom farm kit!

But, how do I get that fibrous, chewy texture real steak has? That was the real problem. I didn’t want to turn this into a mushy patty, so what better substitute for meat, than oyster mushrooms?! They have the perfect texture! Marinated oyster mushrooms are incredibly good and gave this vegan steak both texture and taste.

Making it taste as meat does was even easier. Meat has a taste because we use plants to make it good. Raw or unspiced meat is just plain horrible. I made an awesome steak mix with lots of great spices and gave this vegan taste the absolute, perfect, BBQ meat taste! 🙂 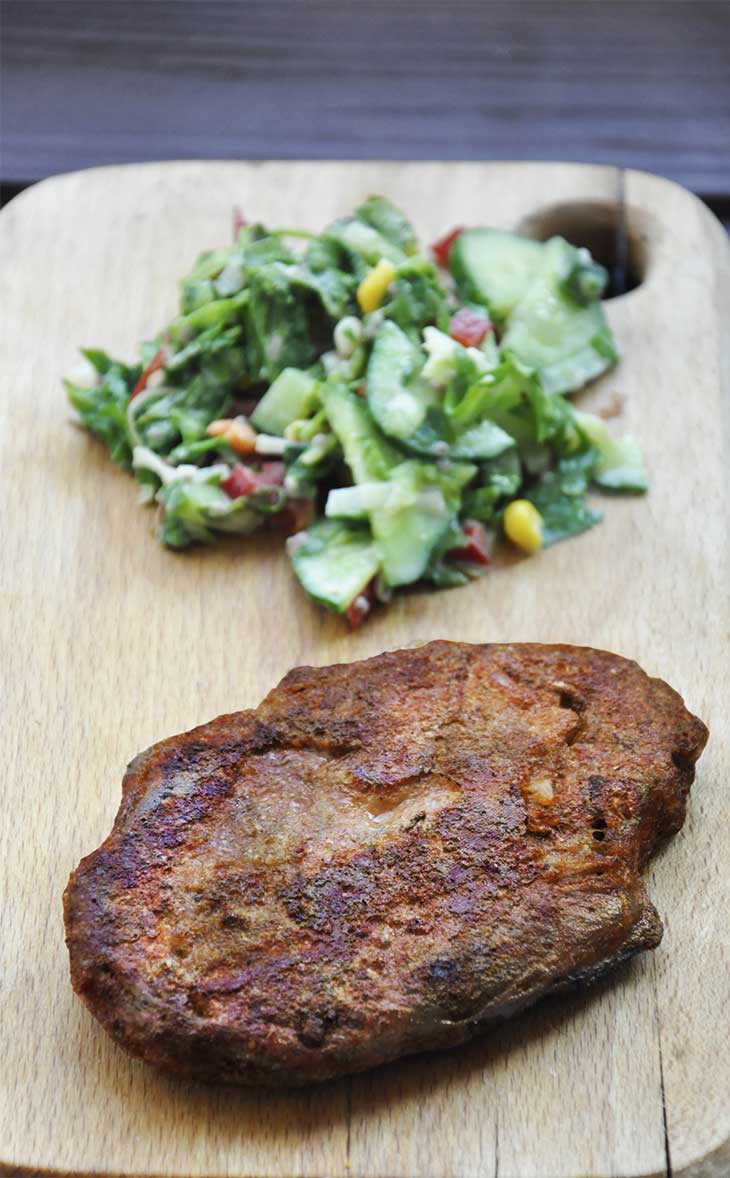 Yes, this vegetarian steak recipe will keep you in the kitchen for at least an hour, but it’s totally worth it! I usually make a whole batch of vegan steaks, place them in separate Ziploc bags and store them in the freezer. When I feel like eating a ‘steak’, I just take one out and cook it! 🙂

I really hope you’ll try this veggie steak recipe, even though it may seem complicated at first, but trust me, it’s not! …and it’s definitely worth it and in my opinion, it is the best vegan steak you can make at home! 🙂 Plus, you can use this gluten-free seitan recipe to make other types of vegan meat recipes, not just meatless steak.

I’m looking forward to hearing how this gluten-free and soy-free vegan meat recipe turned out for you! 🙂 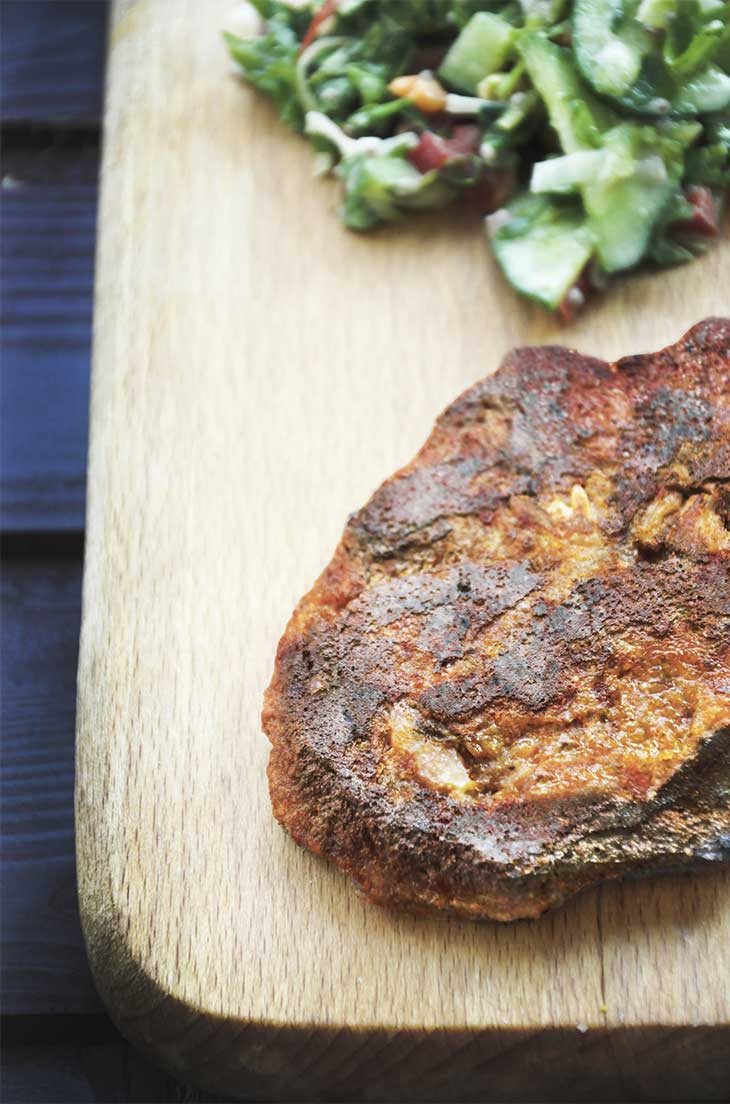 1. I usually make a whole batch of these and then store them in the freezer, packed separately. When I want a vegan steak, I just take one out and cook it! 🙂
2. I used my Optimum 9200 blender for this recipe.

Oyster mushrooms are hard to come by. Can I use another kind?

Hi Lori. I haven't tried it with any other kind of mushroom.

This sounds fantastic! Exactly what I am looking for for my GF vegan family!

Was wondering if using shredded king Oyster mushrooms might work? The cluster Oyster mushrooms in your recipe are hard to find in any good size around here, they're always puny, so the caps are rediculously small, which wouldn't make for a steak.

Hi! They have similar textures, you can try with king oyster mushrooms as well.

I don't have a gluten issue. Would wheat/whole grain pasta work with this?

Hi. I looked at every variety of SCHAR pasta and all were made with corn and rice flour. I can’t find any GF pasta made of just corn. Suggestions?

Hi Polly! You can use the Schar pasta. Even if it's rice+corn it works very well. I've tried the recipe with pure corn pasta and Schar as well and it is the same result.