This homemade vegan sushi recipe (vegetarian sushi) is extremely easy to make! Learn how to make vegan sushi rolls in less than 30 minutes! With this easy method, you’ll get perfect vegan sushi every time.

I finally had the courage to make vegan sushi at home and it was way easier than I expected! Sushi rice and Nori sheets are essential, but other than that, the recipe is pretty flexible and you can improvise. I didn’t even have a sushi mat and it still worked like charm. I used a simple table mat instead and I’ve even heard of people who used towels. So don’t worry if you don’t have all the utensils. 🙂

It took me less than 30 minutes to make vegan sushi rolls for 4 people. I’ve seen a lot of vegetarian sushi recipes online and they’re quite different when it comes to the rice-water ratio or amount of rice vinegar used. Here’s my version, which worked very well and it’s completely fail-proof, so you won’t risk burning the sushi rice. 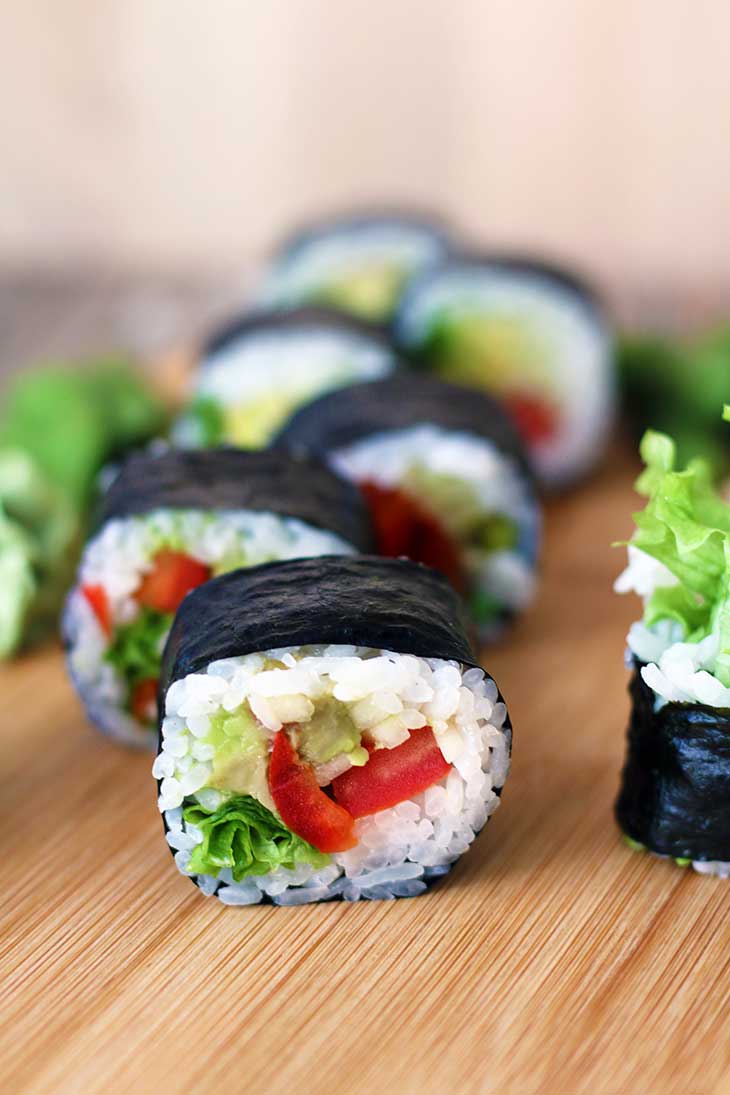 Just use the 2:1 ratio. This means that for 1 cup of sushi rice you will add 2 cups of water. When the rice starts boiling, let it boil for 10 minutes, then remove from heat and cover with a lid. Let it absorb all the liquid. This is the easiest method I found and it works perfectly every time.

There are different kinds of vegan sushi options. So if you’re looking for vegetarian sushi names or sushi types you can try, here are some below:

There is also sashimi but this type of sushi cannot be veganized as it is simply a piece of raw fish meat.

In terms of vegan sushi fillings, there’s a wide variety of veggies you can use. You can add any kind of veggies you want for these vegan sushi rolls. I used avocado, lettuce, tomato and red bell pepper, but in the recipe below I gave you some other options as well, such as carrots, cucumber, and more. 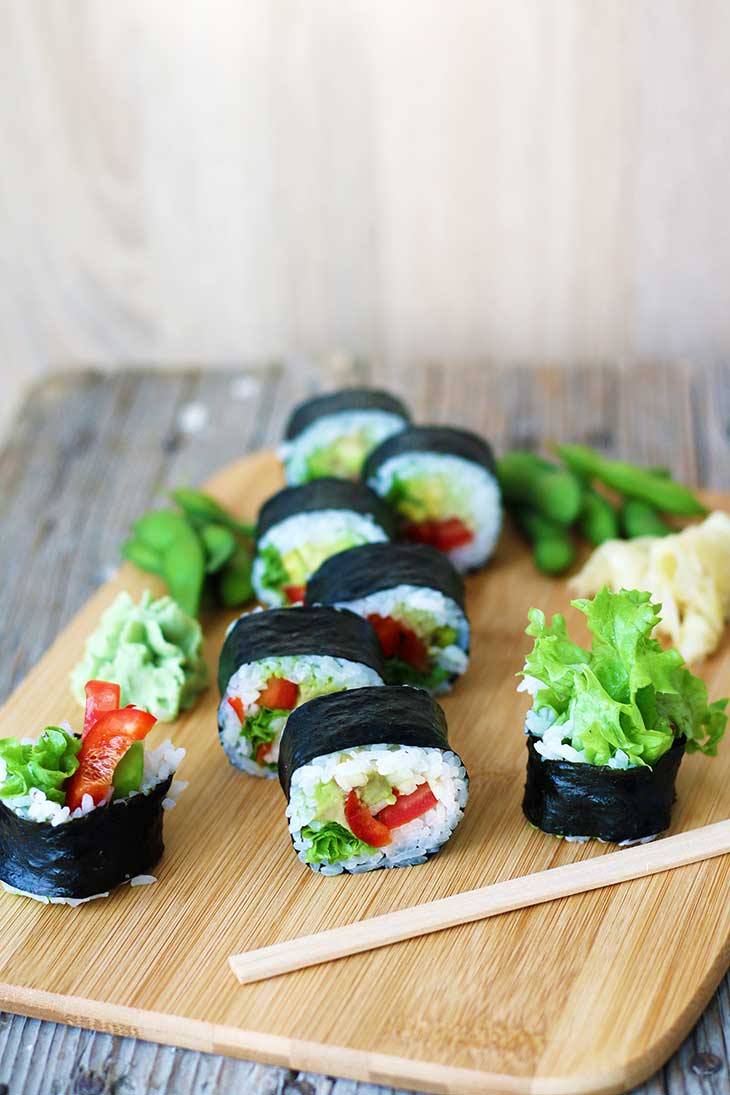 You can serve these homemade vegan sushi rolls with soy sauce mixed with some raw sesame oil. I love sesame oil and I’ve started using it a lot! You’ll see why once you give it a try. 🙂 Wasabi paste and pickled ginger are also two other options.

If you want, you can also try a vegetarian sushi option, with some cream cheese spread on top of the rice. I’ve seen that this is a popular vegetarian sushi recipe in some sushi restaurants. Want to try something more complicated? Check out Pinterest for inspiration. I found so many creative vegetarian sushi rolls recipes there!

Also, if you don’t want to use rice and want to try a low-carb vegan sushi recipe, try using grated cauliflower instead! It’s a great low carb sushi rice replacement.

Be creative with the vegetarian sushi combinations! Use any other ingredients you like. There are so many types of sushi without seafood you can try that are just as good as traditional sushi. For example, I’m going to make vegan sushi with some oyster mushrooms and smoked tofu in the near future. I think they will be amazing!

What are your vegan sushi ideas? I’m looking for new sushi recipes to try! 🙂 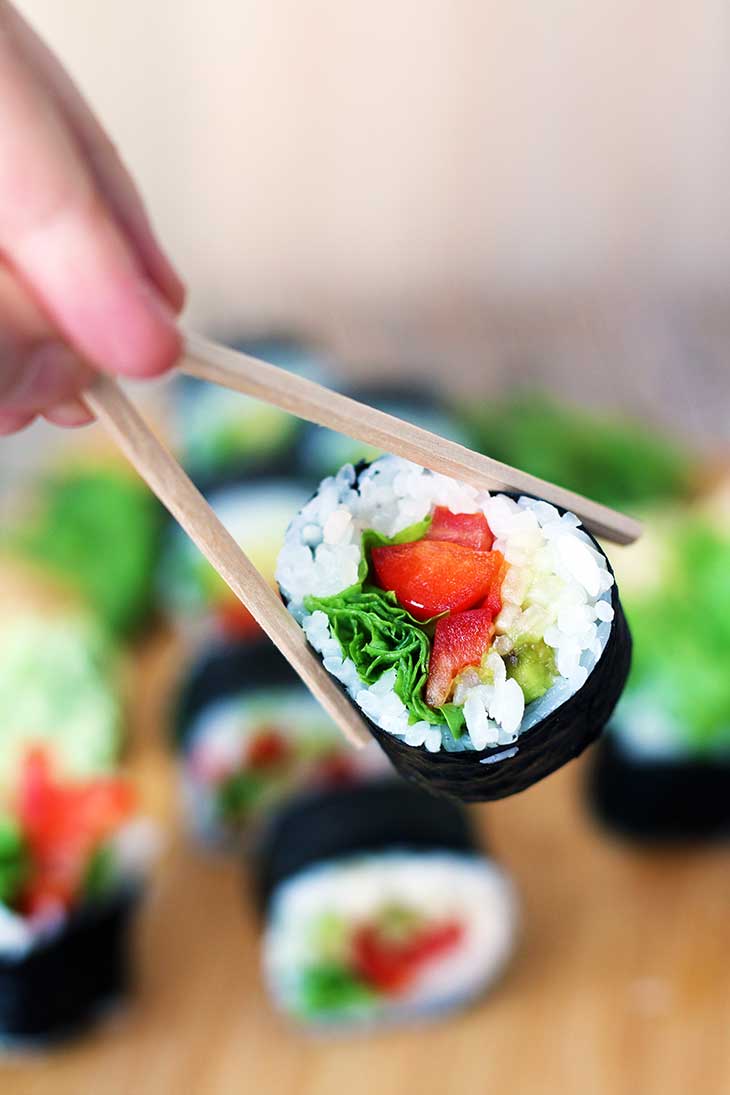 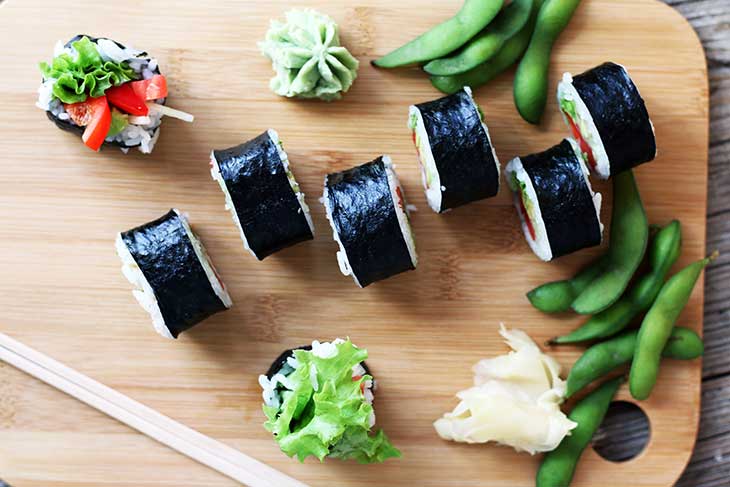 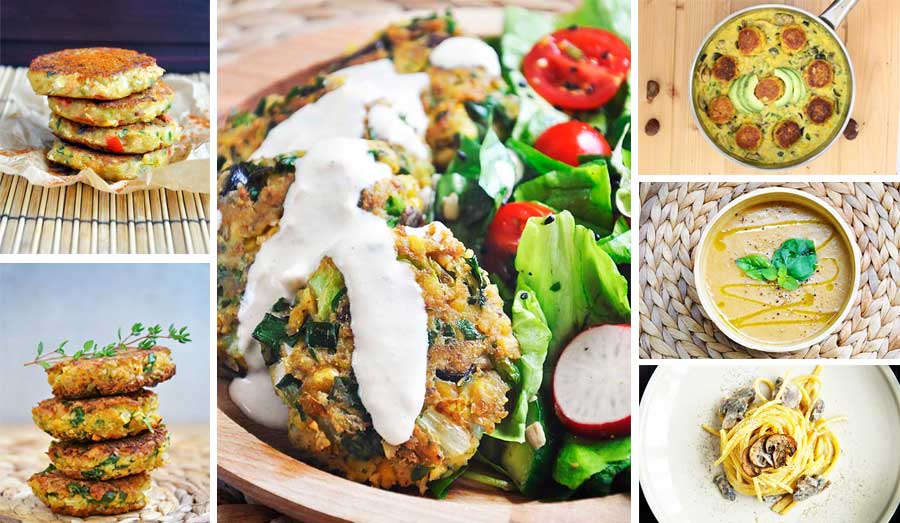 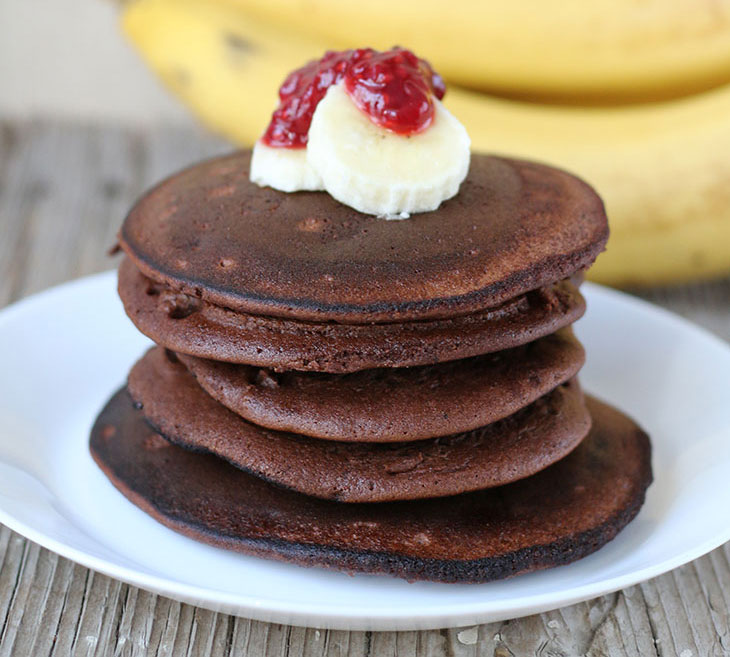 Great tips! Thank you, Ruxandra! These were delicious!

So happy to hear this! You're welcome!

This looks great...but you need to fix the spelling error on step 7!!!

"Nori shit" ahahaha :))) Thanks for pointing that out! Just corrected it. I use grammarly and sometimes it corrects typos weirdly and I don't even notice. :D