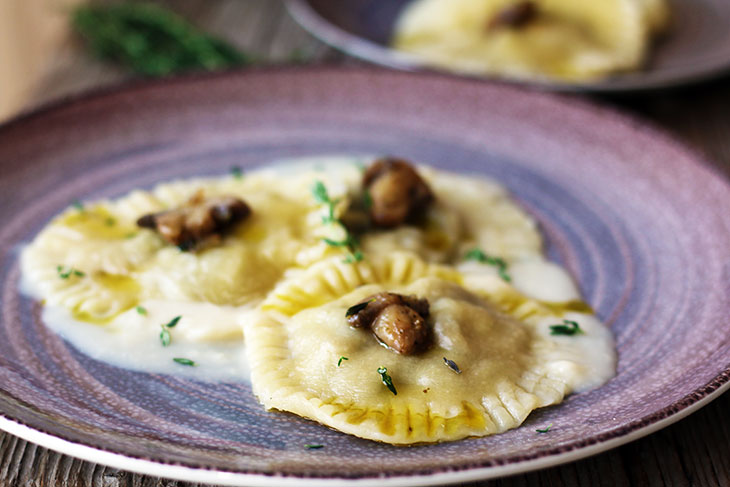 How AWESOME are these beautiful porcelain plates?! They’re part of an awesome campaign by Edenia Foods, a Romanian frozen foods brand. They challenged me to cook a fancy meal at home, so here it is – mushroom ravioli! More details about the campaign on the Romanian version of this recipe, and here.

This is the first time I’m making homemade vegan ravioli and it was a lot easier than I expected! I don’t get it why people usually add eggs to homemade pasta. Flour, water, and olive oil are more than enough! Remember when I made vegan gnocchi? Well, this mushroom ravioli recipe is quite similar to that one, except I didn’t add any potatoes to the vegan ravioli dough.

I stuffed these vegan ravioli with a delicious mushroom filling and topped them with an extra-creamy white sauce made with lots of nooch for a cheesy taste and some garlic. Because I LOVE garlic pasta!

The sauce was AAAMAZING! Tip: Combine the vegan ravioli filling with the white garlic sauce and add in some boiled pasta of choice. It’s so good! You can also make a baked pasta casserole with this! I tried it with some shredded vegan cheese on top…perfect vegan comfort meal! 😀 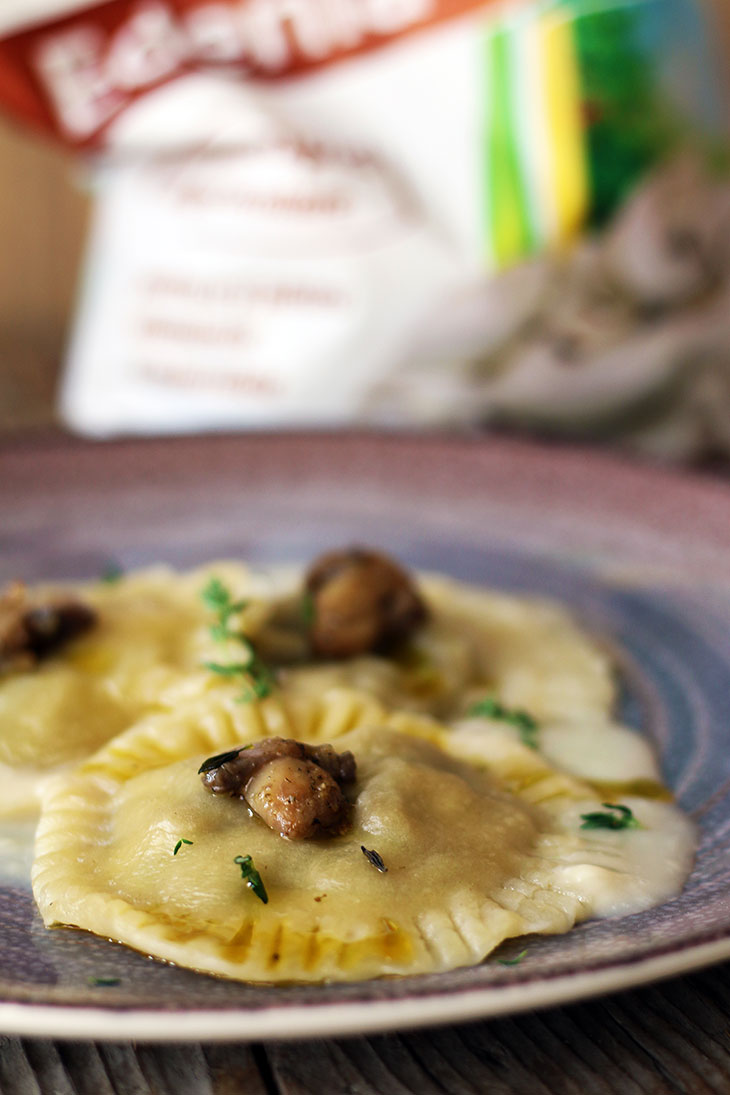 I wanted to show you the step by step process for making these vegan mushroom ravioli but unfortunately, the light in my kitchen was shitty, so instead, I tried to explain this vegetarian ravioli recipe as thorough as possible and do a step by step recipe another time (maybe even a video!). If you have any questions, leave me a comment below and I will gladly answer you. 🙂 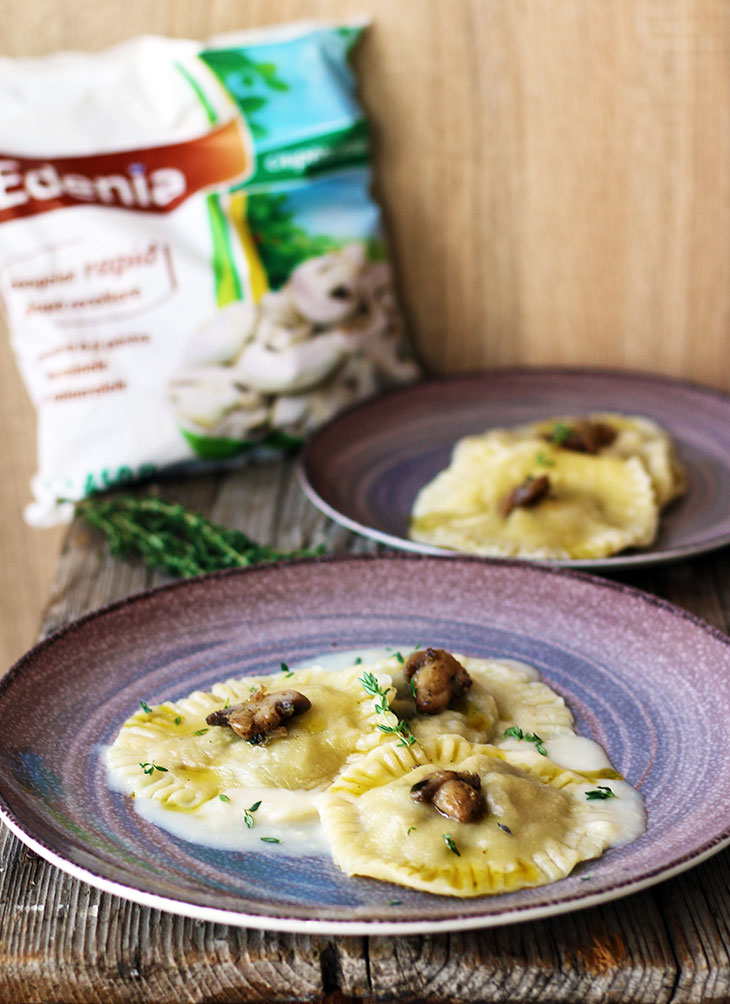 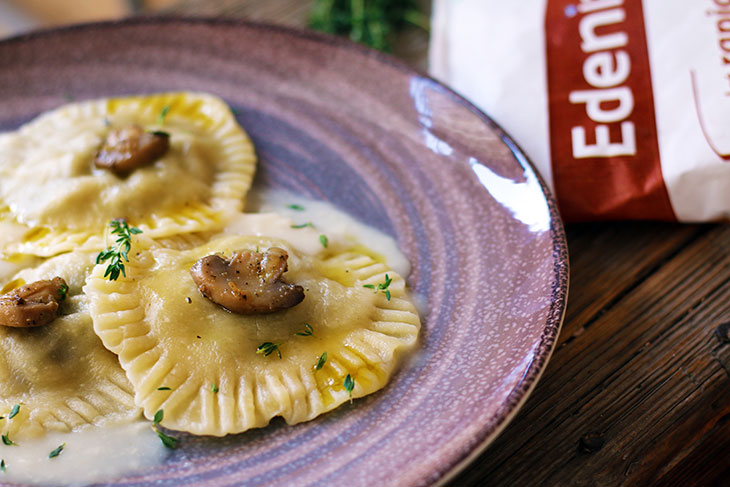