I continue the series of Asian recipes for this year’s challenge of ‘veganizing’ popular traditional recipes from various world cuisines, with this simple and nourishing vegan Asian noodle soup – vegan Pho.

This vegan Pho / Asian noodle soup is an explosion of flavors in a bowl. Usually, this recipe is made with poultry, pork or beef but I turned it vegan. You can use any type of noodles, but I prefer the extra-large rice noodles for this. It’s more filling this way. You can also use homemade linguine or other vegan fresh noodles.

To enhance the flavors of the ingredients used in this recipe, I would recommend you to follow it just like I wrote it below, and not skip the stir-frying part. This cooking method gives this vegan Pho noodle soup even more flavor and makes the aromas stronger. 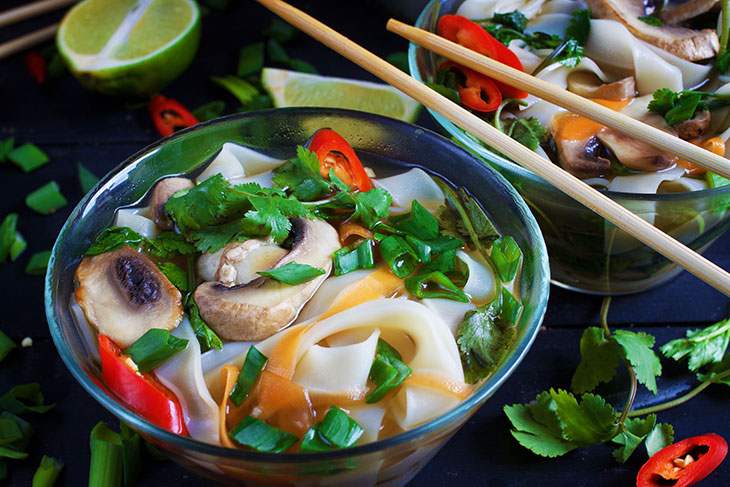 This recipe is pretty easy to make. It’s quite similar to the popular Vietnamese Pho recipe. Did you know that Pho comes from the French dish “pot au feu” and was integrated into the Asian cuisine during the French colonial period in Vietnam? Just like the Tofu Banh Mi recipe, I posted earlier on the blog.

Many things have changed about this noodle soup recipe, in its almost 100 years of existence. In the beginning, the Pho Bo version was popular. Traditionally, the soup was made with just boiled beef, noodles and broth. Later appeared the Pho Ga with chicken and Pho Lo with pork. The last one appeared during the war when the cattle were used as traction animals.

The only thing that is certain is that this amazing vegan Pho soup is that it’s energizing! It’s served warm and spicy and seems to have an energizing effect on you, making you feel better after eating it. Or at least this is the effect its spiciness had on me! 🙂

I have a difficult relationship with cilantro, but I do tolerate it in small amounts in Asian and Mexican foods. You can also use parsley instead of cilantro if you don’t like it. When you serve this vegan Pho noodle soup, do not forget about the lime. One-quarter of lime, freshly squeezed in the soup has a huge impact on the taste!  You can also add in other spicy sauces if you want it extra-hot.

Hope you’ll like this easy vegan Pho noodle soup recipe! Don’t forget, if you give my recipes a try, take a photo and tag me on Instagram @gourmandelleblog and use the hashtag #gourmandellerecipe. I will feature you on my Facebook page and/or Instagram Stories! 🙂 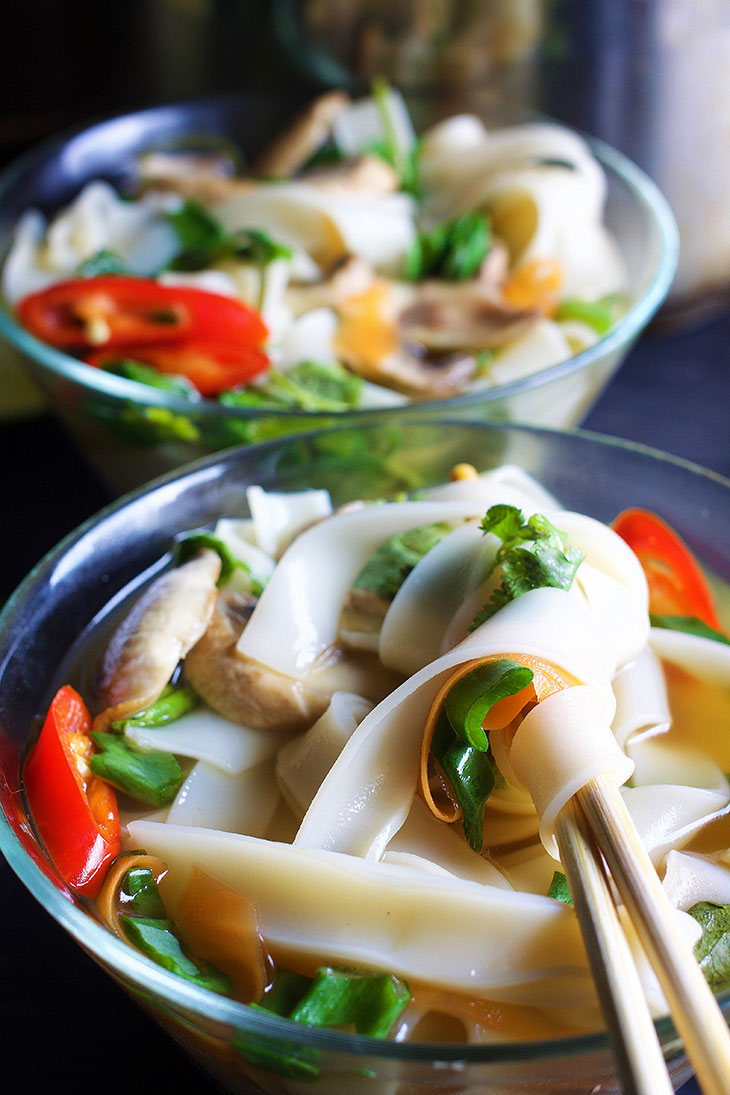 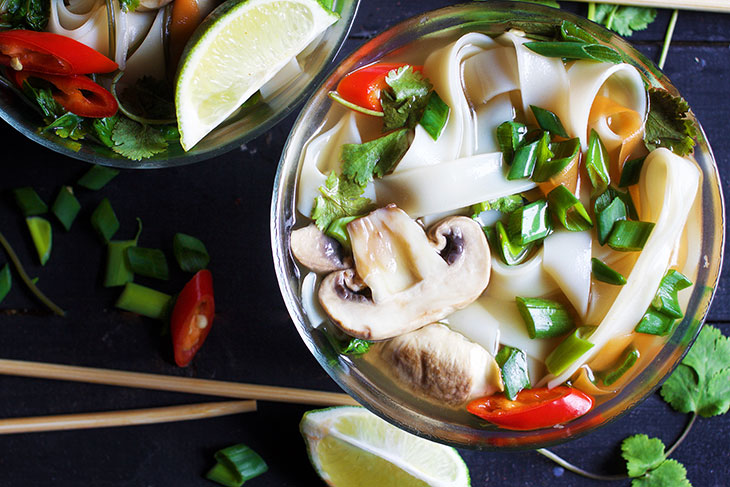 Made this today and loved it! It's so simple and healthy. Next is your miso soup recipe. :)

Let me know if you like the miso soup too! :D