Try this cream of mushroom soup recipe and you’ll fall in love with it! It has a subtle garlic and thyme flavor and an extra-creamy texture.

You already know that I am a huge fan of creamy soups and that I also love mushrooms, so this combination is absolutely amazing for me! I was inspired by this recipe I found here and immediately decided to make it myself. As most creamy soups this cream of mushroom soup is a very easy recipe, ready in less than half an hour, so you won’t spend a lot of time in the kitchen either.

Yogurt is great for garnish as it creates a lovely contrast and it also makes the cream of mushroom soup whiter. I used homemade kefir which is healthier. If you want to know more about milk kefir I found this useful article here. 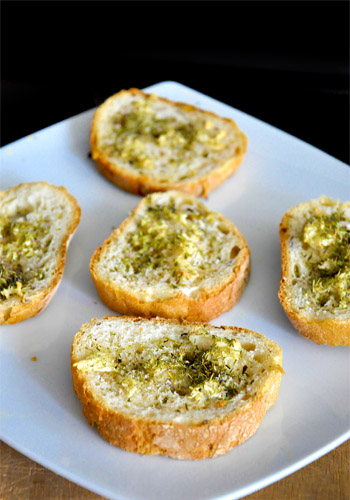 Mushrooms have a unique flavor, which makes it a great ingredient to make some of the most delicious dishes you’ll ever have. Today, we’re discussing mushrooms in soups and all of the different kinds of ways we have to enjoy mushrooms in a light, yet flavorful way.

But let’s start by getting to know mushrooms a bit, shall we? 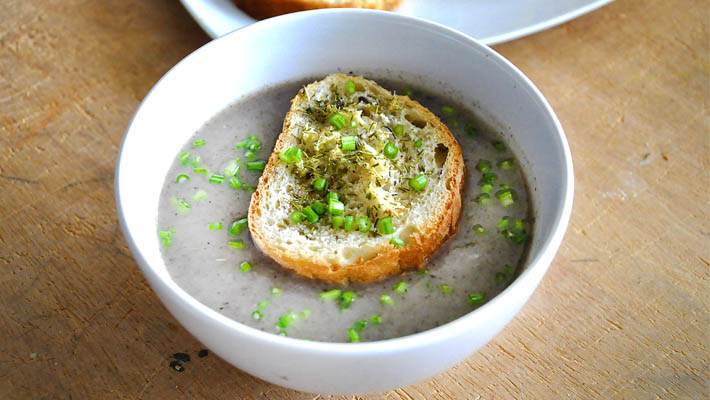 Mushrooms yield many benefits for your health as they provide so many nutrients and they help you prevent many lifestyle-related health conditions. Let’s start with the fact that Mushrooms are a rich source of antioxidants. These are chemicals that take care of free radicals, which are a type of chemical that can harm cells. This makes it a potential cancer threat.

Mushrooms are also a big source of selenium and it plays a role in aiding liver function and detoxification of some cancer-producing compounds. Selenium also prevents inflammation and decreases tumor growth rates.

Mushrooms are also high-fiber foods, so they help lower blood glucose levels and improve blood sugar, lipids, and insulin levels. Fiber also benefits the digestive system, and it reduces the risk of both heart disease and metabolic syndrome. Plus, it helps you feel full for longer without the intake of extra calories.

In mushrooms, you’ll also find a great source of potassium and vitamin C, which contributes to heart health and regulating blood pressure. Mushroom’s high potassium and low sodium are what help decrease the risk of high blood pressure and cardiovascular diseases.

They also happen to be a great source of B vitamins like riboflavin (B2), folate (B9), thiamine (B1), pantothenic acid (B5), niacin (B3), and minerals such as selenium, potassium, copper, iron, and phosphorus. They also contain choline which is an important nutrient that helps with sleep, muscle movement, learning, and memory. 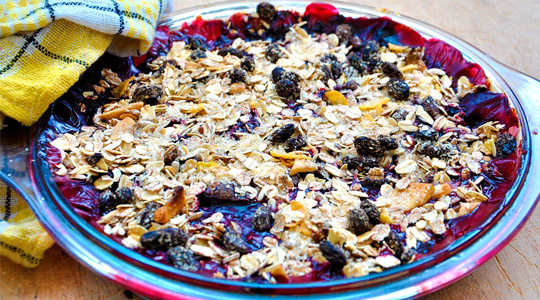 Made this soup yesterday and I must say that the baguettes really make a difference. So simple and flavorful! Thanks!

Glad you liked the recipe! You're welcome!

Want to try this recipe however have never seen or heard of parsley root.Can I just use parsley? I also think that maybe cashew "sour cream " will be good to make it wholly plant based. Thank you!

Parsley root is parsnip. You can skip it or use some celeriac instead. The cashew sour cream idea is great! :D

This sounds lovely. Going to give this a go. thanks for sharing this recipe.

I love creamy soups too! I'll try this! Thanks!

Really dislike tomatoes, like margarita pizza's and ketchup though

There are no tomatoes in this recipe.. ;)