This is the best vegan chicken tikka masala recipe you can make and it really resembles the original, meat-based recipe. It’s ready in just 20 minutes and you can serve it over basmati rice. Enjoy!

Who doesn’t love Indian recipes?! They’re so colorful and bursting with amazing flavors! Today I decided to make a vegan chicken Tikka Masala, the meat-free version of the popular Indian recipe, as a grand finale of my last month’s challenge of cooking some of the best Asian recipes and turning them vegan. I know, I’m a couple of days late as we’re already in February, but I just didn’t have time to write the recipe on the blog and edit the photos, until now.

Soon, I will start the Middle Eastern month with awesome Lebanese, Persian, Turkish and Iraki recipes. Stay tuned as I will test both savory and sweet recipes and turn them vegan! 🙂

Chicken tikka masala is an Indian dish made with chunks of roasted marinated chicken served in a flavorful curry sauce. The tikka masala sauce is very creamy and orange-colored, made with a specific blend of spices. Did you know that chicken tikka masala is the United Kingdom’s most popular recipes? In 2001 the government minister, Robin Cook, even claimed it is “a true British national dish”. 😀

This is the BEST vegan chicken tikka masala recipe…period! No chickpeas or tofu to mimic chicken, I used TSP chunks which have an amazing texture, just like meat! I promise you can fool even your Omni friends with this tikka masala recipe. I know I did! 😀

The recipe is ready in less than 20 minutes. You can make your tikka masala spice blend from scratch, like I did, or simply buy a spice mix. If you love Indian recipes you may want to make the tikka masala blend in a larger batch; I recommend Teenuja and Kevin’s recipe here. 🙂

Serve this delicious vegan chicken tikka masala with basmati rice or with a naan bread.

Hope you’ll like this easy vegan chicken masala recipe. Don’t forget, if you give my recipes a try, take a photo and tag me on Instagram @gourmandelleblog and use the hashtag #gourmandellerecipe. I will feature you on my Facebook page and/or Instagram Stories! 🙂 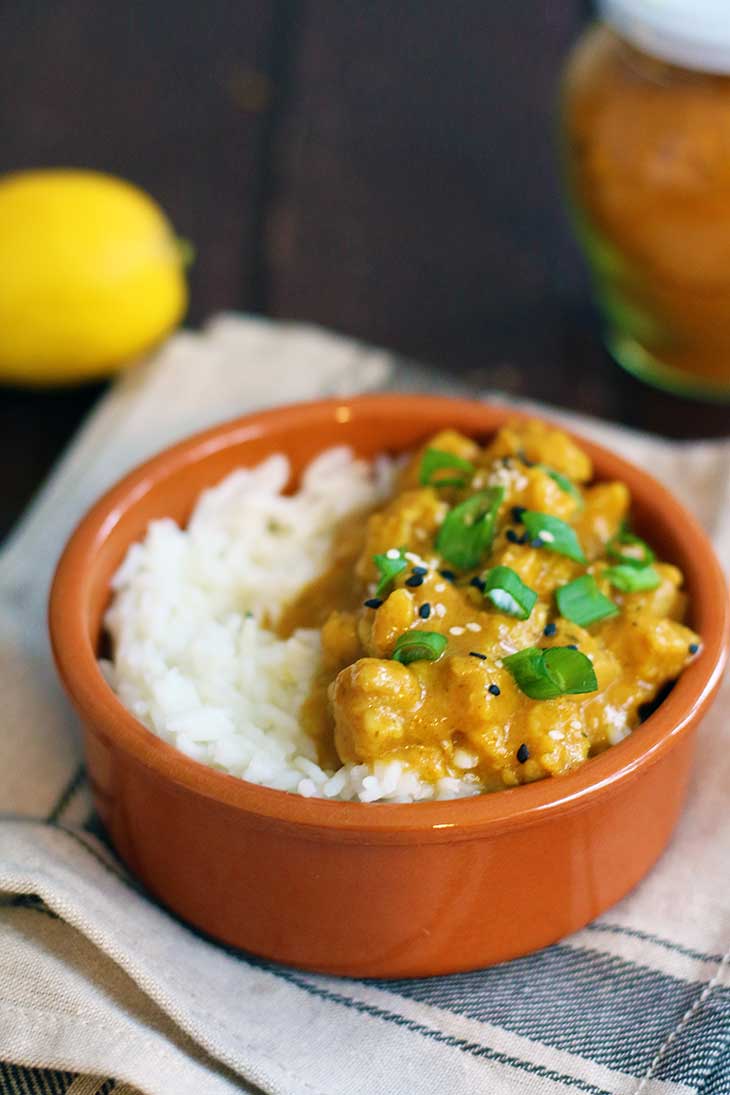 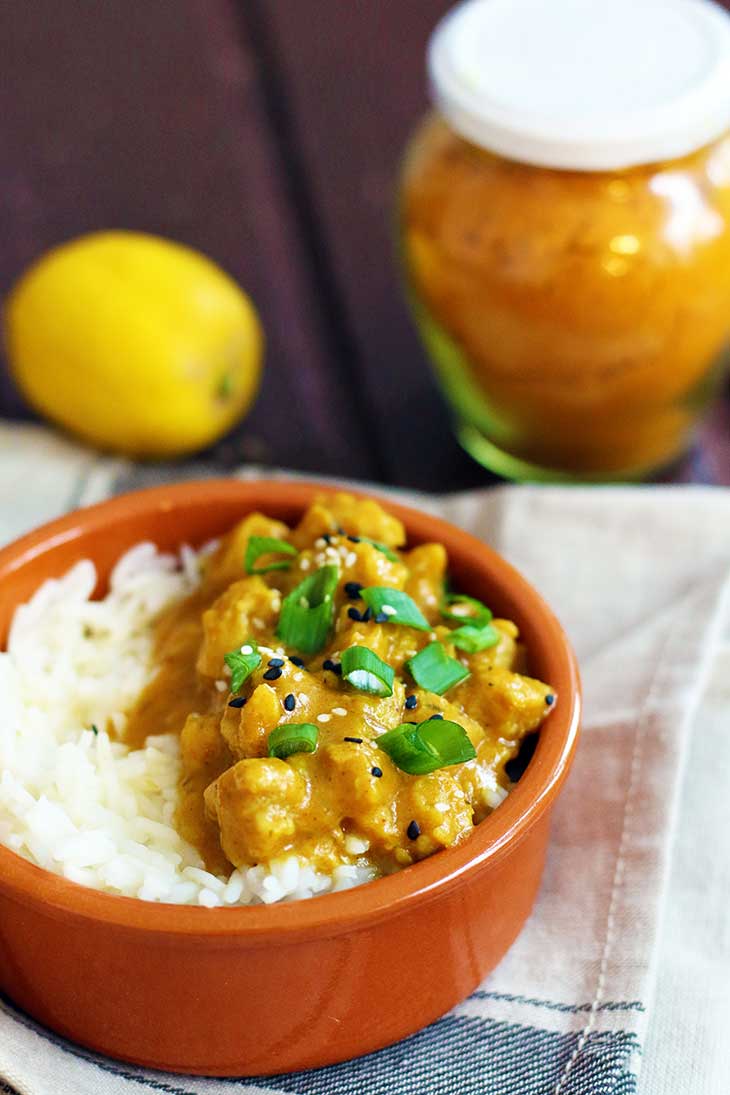 Made this for my Indian bf and he loved it! Thank you for the awesome recipe!