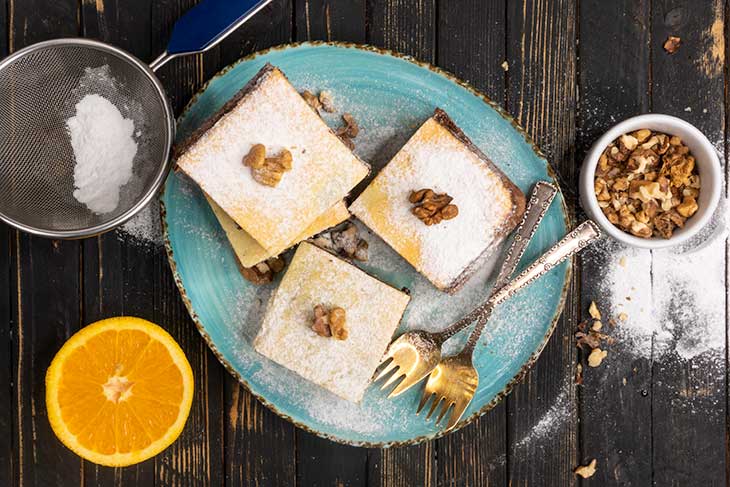 This recipe is for all chocolate lovers out there! Get ready to be amazed by this extremely easy to make vegan chocolate pie. It’s healthy, too, and your kids will love it!

If chocolate is your favorite meal and dessert, then this is the perfect recipe for you! 🙂 With the creamy chocolate and the crunchy pie texture, this dessert can be the perfect choice for a Sunday gathering or an excellent way to treat yourself after a long week!

I want to make it clear right from the start that this pie is super easy to make, so no need to stress out about how long it is going to take and if it’s going to be a fail or not. It’s going to be a success – and a super delicious one, I might add! 🙂 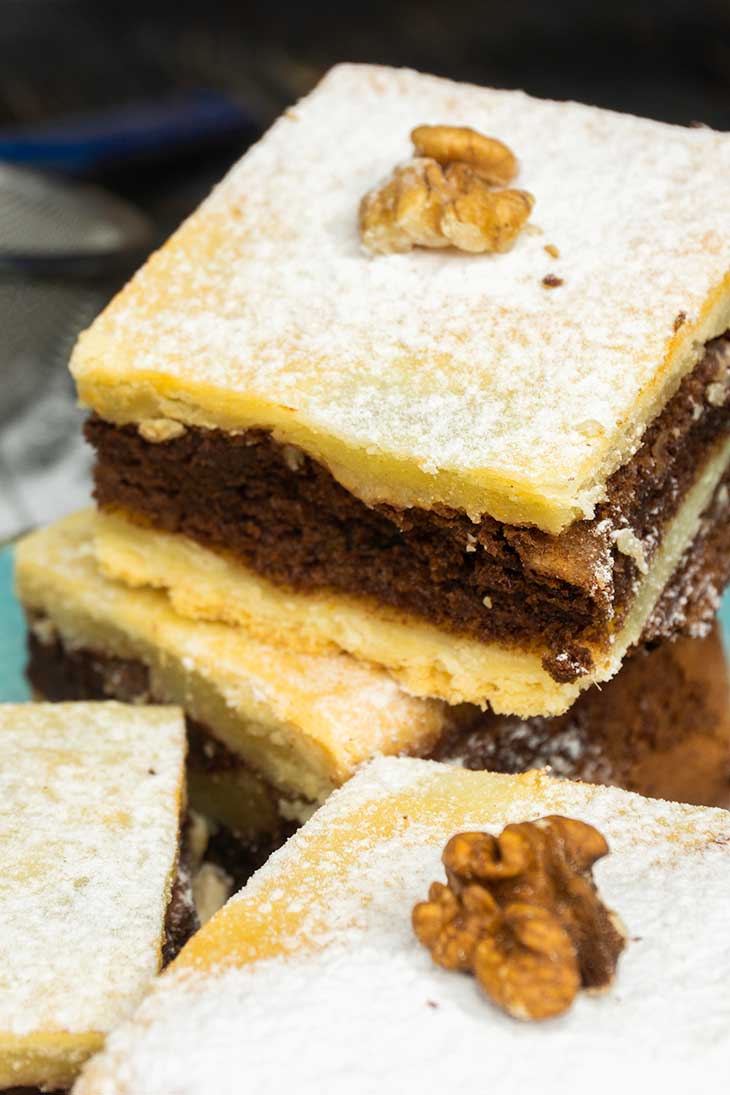 The origins of pie go back for as long as cooks had the dough to bake with and a filling to stuff it with. The bakers to the pharaoh Ramses II, a king who believes he is god, were the first to incorporated nuts, honey, and fruits in bread dough. Drawings who prove the story were found on the tomb walls of Ramses II (who ruled from 1304 to 1237 B.C.), located in the Valley of the Kings.

The beginnings of the pie were carried on by the Greeks who used to make a flour and water paste wrapped around meat. This served to cook the meat and seal in the juices. During the Medieval times of England, instead of being a sweet dessert, they were mostly filled with beef, lamb, wild duck, magpie pigeon completed with spices such as pepper, currants or dates.

The Romans, on the other hand like their pies sweet. Meat pies were also part of Roman dessert courses but had a sweet version called secundae mensea. A cookbook from 1796 may list just a couple of sweet pie recipes while a cookbook written in the late 1800s may feature many recipes of the sweet pie. By 1947 a Modern Encyclopedia of Cooking listed over 60 varieties of sweet pies. 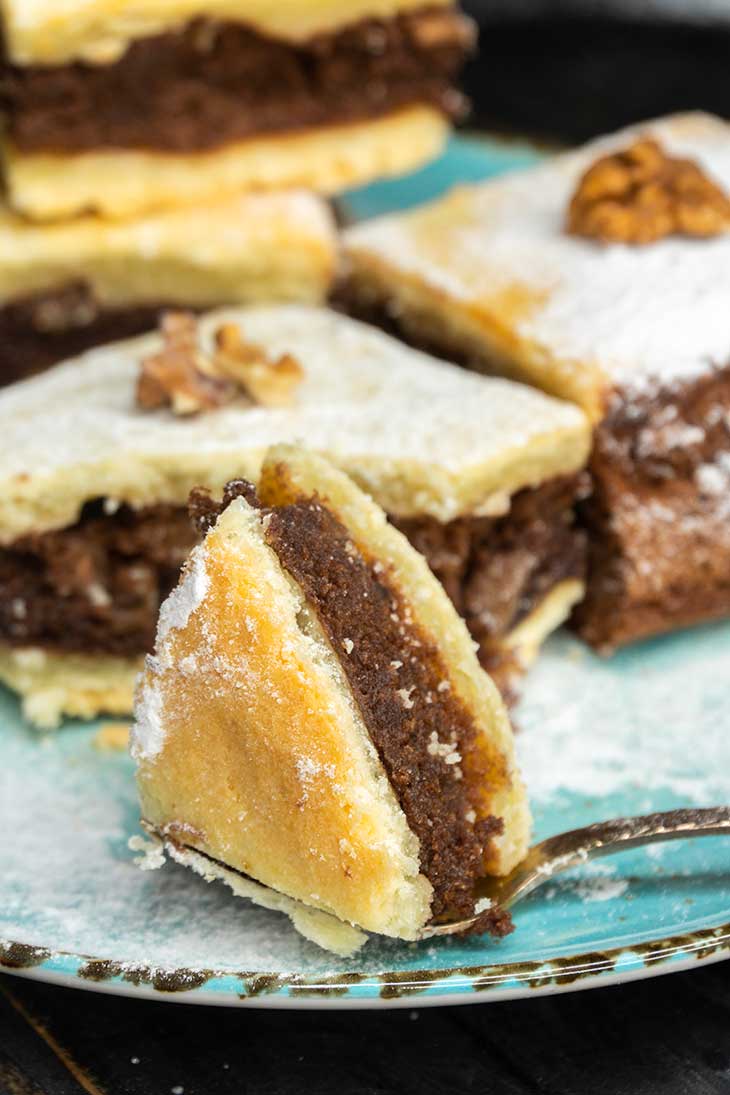 Now, are you ready for this amazing vegan chocolate pie? Please know that I adapted this delicious treat and now it’s completely vegan, ready for you to enjoy! 🙂 The out-of-this-world delicious vegan chocolate pie consists of combining aquafaba (the liquid left in chickpea cans), vanilla extract, cream tartar, vegan dark chocolate and some other yummy ingredients which I’ll tell you all about in the recipe below.

If you are skeptical about aquafaba in a dessert, trust me, the result will taste like the ultimate chocolate mousse and truffle tart combined. One slice of this will simply not be enough! 🙂

Here’s a pro tip: You can also replace the liquid with silken tofu if you want a healthy dose of protein in your vegan chocolate pie. Tofu is a protein source rich in copper and iron, which are essential for the body! But for now, I recommend following the recipe below, as it guarantees delicious results each and every time! 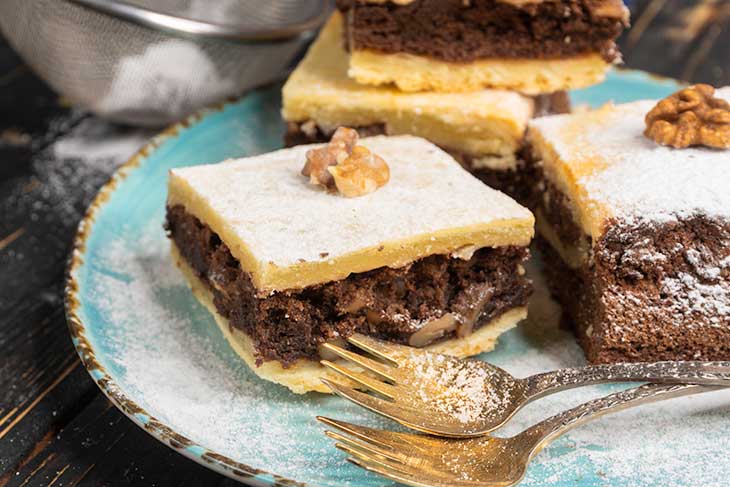 Now that we agreed, let’s get this party started!

We will make the crust first, which is going to end up being fluffy and super flavorful, just perfect combined with the intense chocolate filling! I will explain the detailed recipe below, but get ready to be amazed by one of the best chocolate pies I ever made! I usually make this type of layered pies with apples or apricots, but ever since I discovered how well they go with chocolate, I cannot stop making them! 🙂 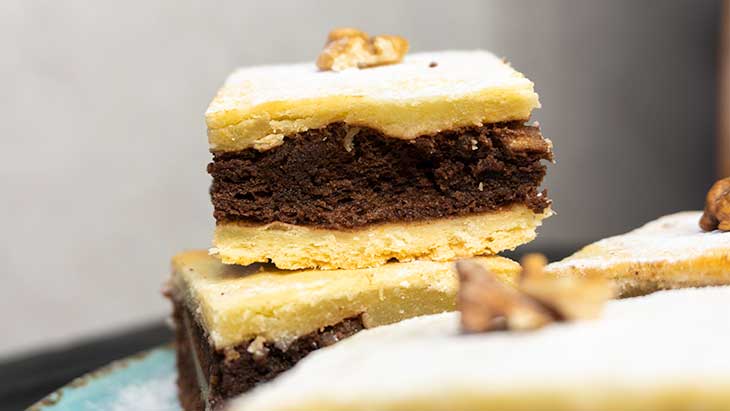 I hope you will enjoy this incredibly tasty vegan chocolate pie as much as I do. Let me know what you think of it in the comments below! Happy cooking!

5.0 from 2 reviews
Vegan Chocolate Pie
Print
Prep time
20 mins
Cook time
40 mins
Total time
1 hour
This recipe is for all chocolate lovers out there! Get ready to be amazed by this extremely easy to make vegan chocolate pie. It's healthy, too, and your kids will love it!
Author: Ruxandra Micu
Ingredients
Instructions
3.5.3208