Bake today the most beloved dessert in the world: cinnamon rolls! Make these vegan cinnamon rolls and enjoy the fluffiest, most flavorful sweet treat ever!

In the world of dessert, chocolate, vanilla and cinnamon reign supreme as some of the world’s favorite flavors. They all get added to basically anything, from toast to croissants and coffee. Who doesn’t enjoy a simple slice of bread and Nutella? Or a crunchy croissant with creamy vanilla or chocolate filling? Or that pinch of cinnamon spice dust in your Monday morning latte? People never hesitate to make their life sweeter, if possible. 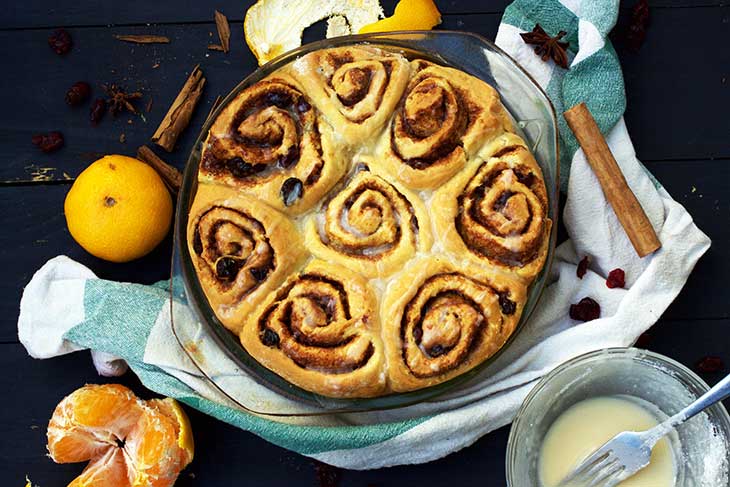 Dessert connoisseurs will agree that cinnamon is often a more acquired taste than the other two. You can’t have it raw – you might choke (see 2014’s internet cinnamon challenge).

But that’s beside the point. Cinnamon is a very potent spice, and it is very easy to add too much in any recipe. In short, a little goes a long way. Cinnamon dates back to year 2.000 B.C., when it was imported from Egypt to China and was so highly prized that it was regarded as a gift fit for monarchs. 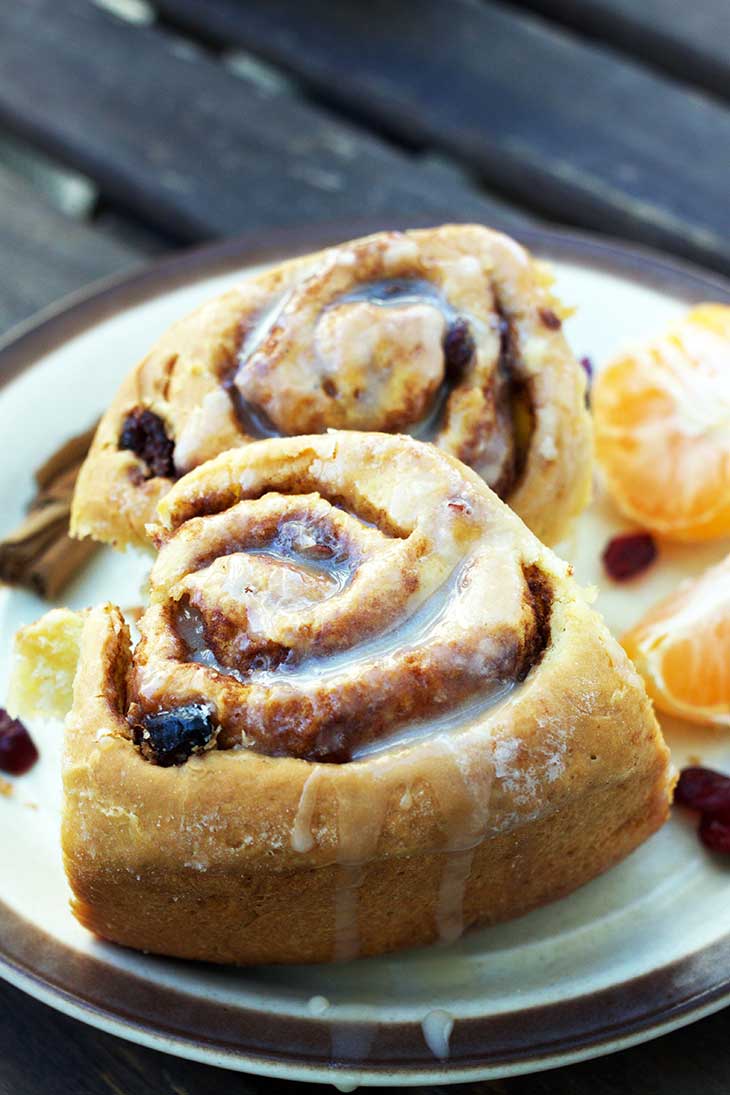 The world-famous cinnamon roll has a diverse and multicultural past. Around the mid-1700s, Northern European bakers began mastering the art of making super-rich, butter-infused yeast doughs.

The French shaped them into buns, followed by the Dutch frying them in oil. Around this time, the British invented the Chelsea bun, a type of currant bun; all while the Germans developed the schnecken, a bun rolled with sugar and currants. These buns laid the groundwork for the Swedish to add cinnamon creating the very first cinnamon rolls ever! 🙂

Cinnamon rolls have become extremely popular around the globe. You can walk into any pastry shop and see them being displayed proudly, near the muffins and donuts. They go great with coffee – many eat them for breakfast, along with a big cup of hot coffee or tea. What’s there not to like about this oven-baked, sugar-glazed dessert?

Cinnamon rolls are so popular that they even got their own International Day (mark your calendars – it’s October 4th!). This was decided in 1999 in Sweden, the country whose chefs conceived this sugary treat. The Swedish Home Baking Council set October 4th as the International Day of the Cinnamon Roll in order to celebrate their 40th anniversary. 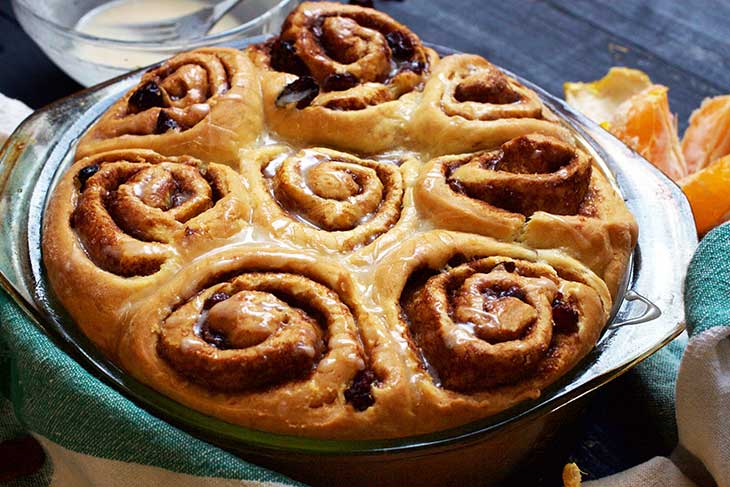 However, the kanelbulle (lit. cinnamon bun) didn’t stay in Sweden for too long – the world had to taste it! Different countries and cultures have been cooking the cinnamon roll differently for decades, putting their own unique spin on it.

Cinnamon rolls come in different sizes. The size of a cinnamon roll depends on where you eat it from. They are usually 2 inches in diameter. You can find some of the largest ones in Haga, an area of Gothenburg in Sweden. Appropriately titled hagabullar – Queen of the kitchen – they measure up to 12 inches in diameter – some of the largest rolls that you can still eat by yourself! 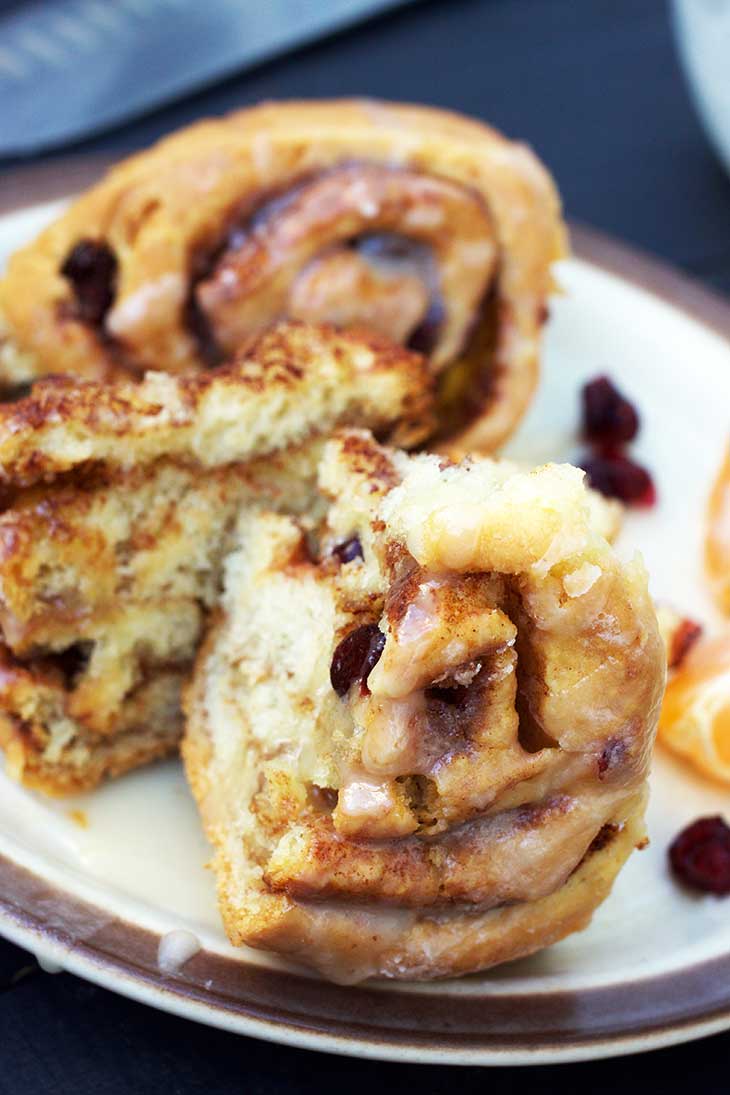 Things are a bit different outside of Sweden, though – The Finnish also have a large variety of cinnamon rolls, or korvapuusti as they call it (literally: a slap on the ear).

These are about 8cm in diameter (and still not as large as the Swedish hagabullar!). :)) The Finnish also had the idea of stacking more cinnamon rolls on top of each other and baking them together in what they call bostoninkakku (Boston cake).

Even the time of the day when cinnamon rolls are served is special: the Swedish usually eat cinnamon rolls during Fika – a Swedish word for taking a pause in your day to sit down with people and share pastries and coffee. 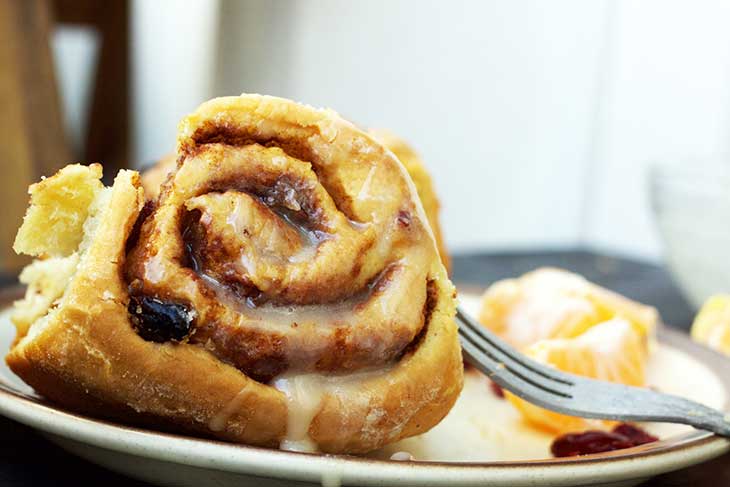 Weirdly enough – even though cinnamon rolls by definition are a type of dessert, there are still some places in the world who appear to have missed the memo. In certain areas of the American Midwest, especially Kansas, cinnamon rolls are eaten with chili – dipped into it or even smothered! In America, cinnamon rolls are also heavier and sweeter – hardly surprising from the country that managed to turn bagels into donuts! 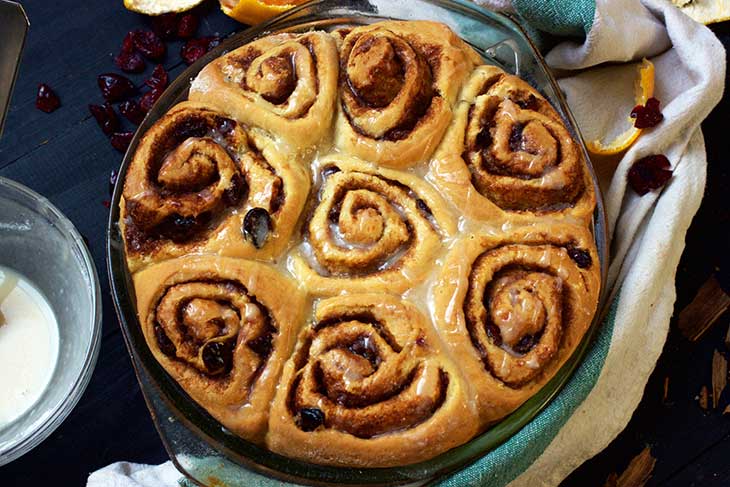 Plus, the cinnamon roll is the symbol of Cinnabon – an American chain of baked goods and pastries, that has helped along with the worldwide popularity of cinnamon rolls and buns.

Cinnabon is present throughout America in most airports and train stations, where weary travelers can sit down and enjoy a cup of coffee and a sweet glazy roll. But even though a cinnamon roll from Cinnabon is a good treat when you are in a rush, nothing can compare with a hot cinnamon roll made at home!

If you want to try this amazingly simple dessert yourself, I urge you to try my vegan cinnamon rolls! They’re soft, they’re sweet and, most importantly, they’re vegan and healthy too! But shhh, nobody will ever be able to tell! 🙂 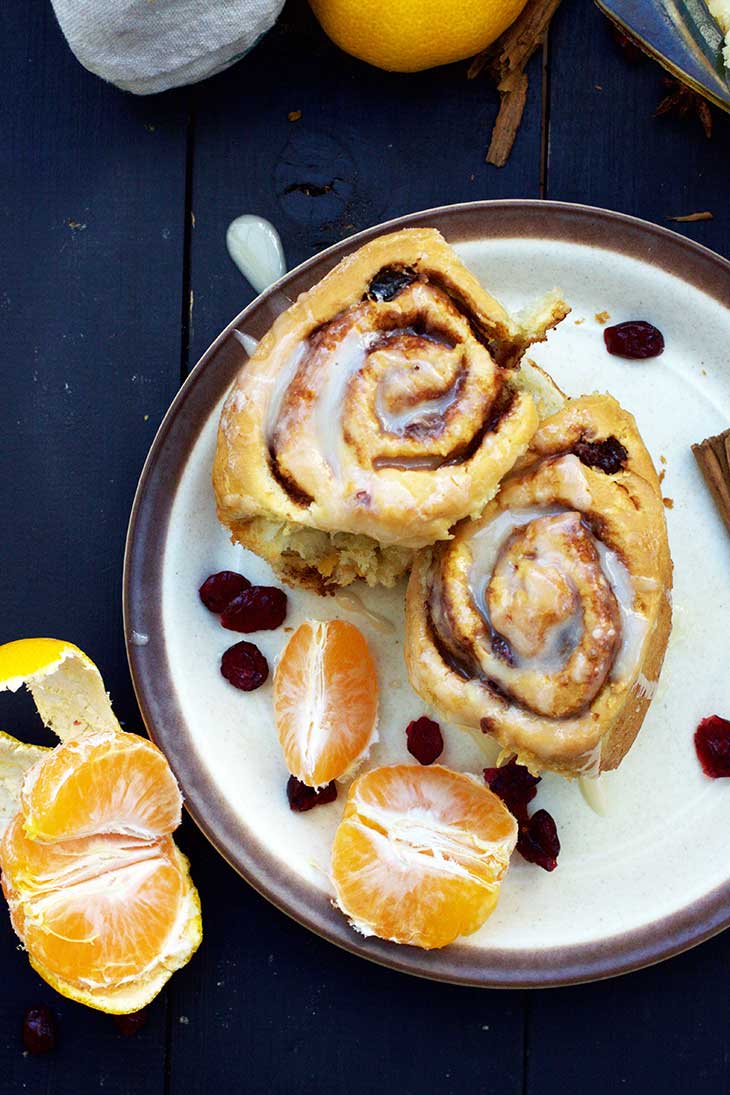 There’s nothing like enjoying a cinnamon roll on a cold winter day! It is a delightfully pleasant experience, as the oozing icing courts the sweet cinnamon dough, creating a marriage of sweetness that leaves one swooning over how pleasant it is! Phew, now let’s get to the recipe! 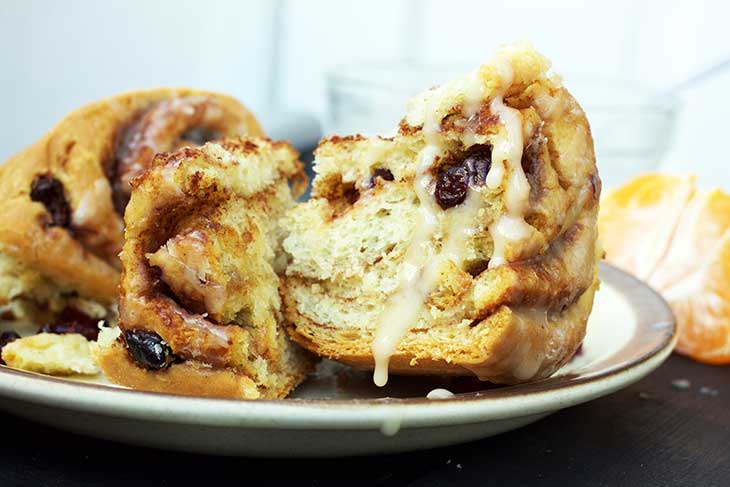 My vegan cinnamon rolls ended up just perfect! My family couldn't believe that this recipe is 100% vegan! :) Congrats on the amazing recipe, Ruxandra!