This mouthwatering vegan eggplant parmesan recipe is probably the best way of eating eggplants! It’s incredibly flavorful and the extra-cheesy texture makes it the perfect, comfort meal. Give it a try!

Eggplant Parm is one of the most popular Italian recipes that has gained worldwide fame, and for a really good reason! It’s incredibly delicious!

The recipe is vegetarian as it is, but I wanted to make it vegan, with no eggs and dairy, so I used flax eggs and vegan cheese instead. The result was just as good as the traditional eggplant parmesan recipe. 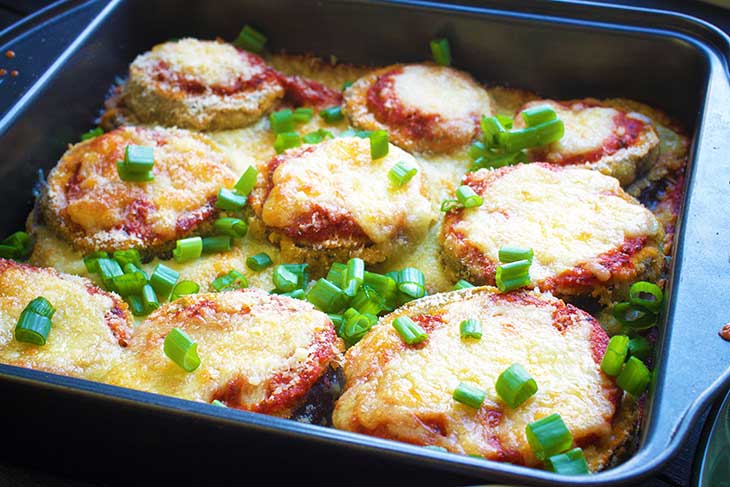 The authentic Melanzzane alla Parmigiana recipe is a simple baked dish made with layered eggplant slices, lots of cheese (Parmesan and sometimes mozzarella too) and tomato sauce. The recipe has Sicilian origins and has many variations with both meat and other vegetables.

Veganizing this recipe was easy. The trick is finding a good brand of vegan cheese that melts. Valsoya or Dayia are ok. For the crispy eggplant slices, flax seeds + water did the trick in successfully replacing eggs. 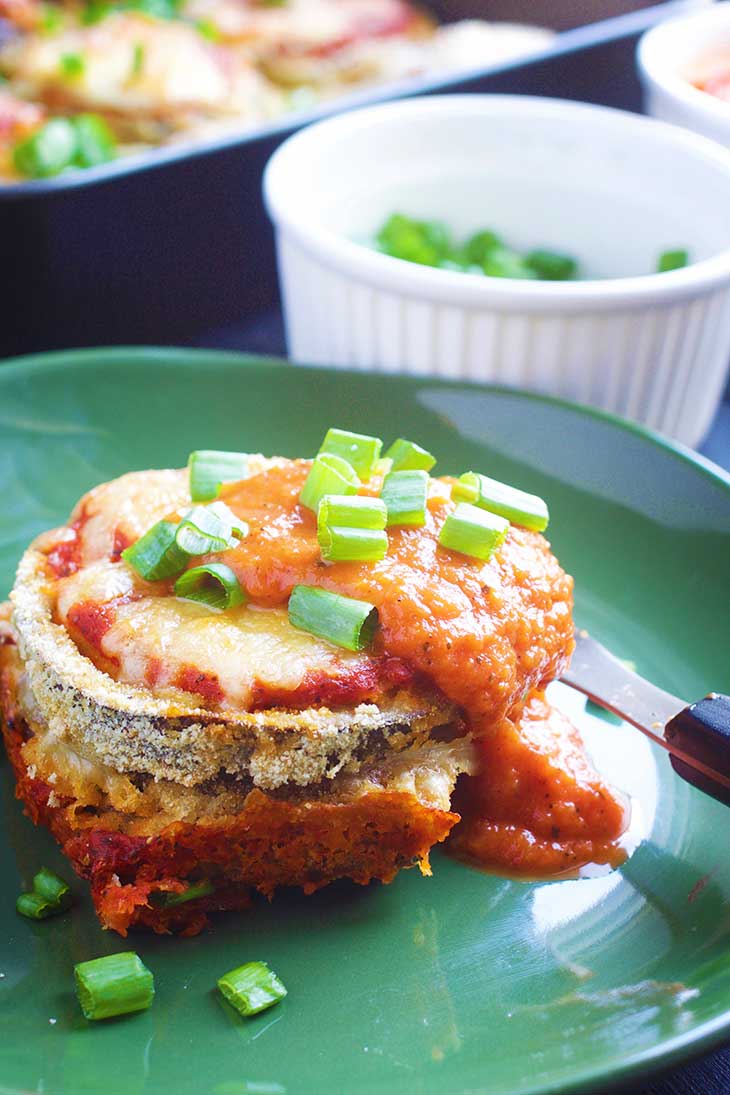 This easy vegan eggplant parmesan recipe is by far one of my favorite ways of eating eggplant. I am a huge eggplant fan and used it so far in roasted eggplant spreads, eggplant casseroles, stuffed eggplant recipes, and more. I can never have enough of it. But from all the dozens of recipes I’ve tried with this amazing vegetable, this is the BEST.

Hope you’ll love it as much as I did, and if you want to adopt a healthy diet, check out my meal planner. I can help you eat awesome, healthy recipes, every day! 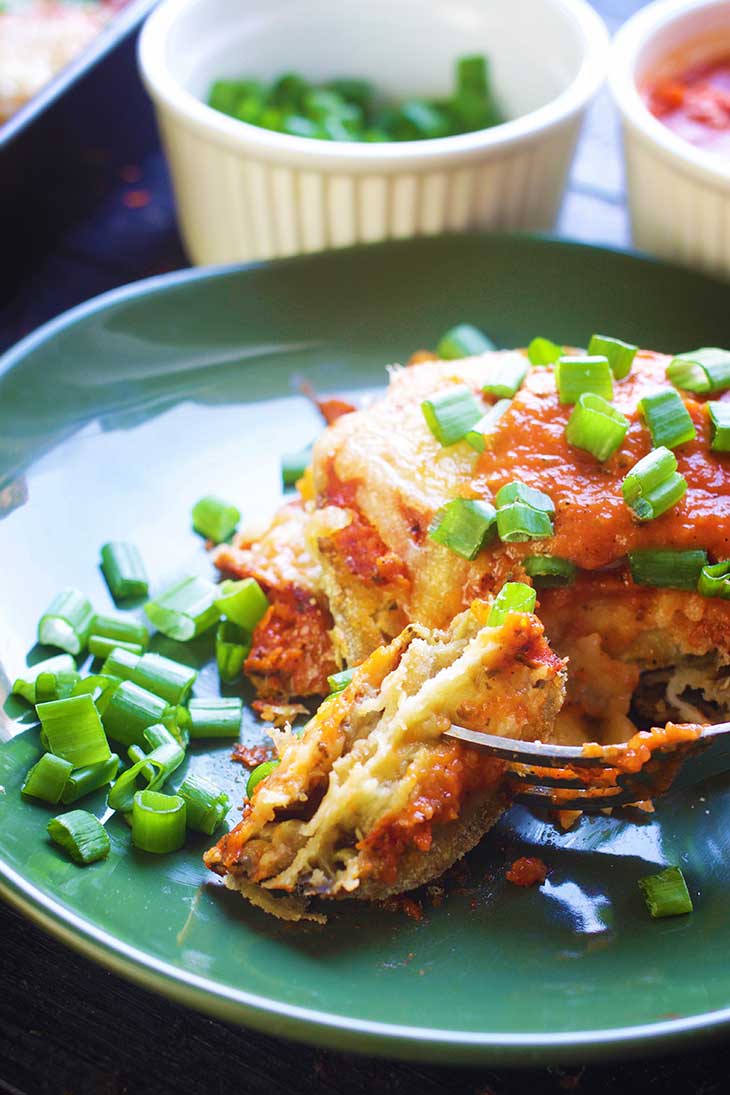 I love eggplants too! Made this but the dairy version, with some mozzarella on top. It was delicious! Thanks!