Make this delicious vegan shawarma recipe with grilled Portobellos perfectly marinated, fresh veggies and a smooth, tahini-rich hummus, all wrapped up in a pita bread!

If you are a food lover and keen on the Middle Eastern cuisine, you must be well aware of the Shawarma recipe. Or if you live somewhere in a Balkanic country, then you’ve probably seen shawarma fast foods at every street corner and got tired of it by now! 🙂  Shawarma is an incredibly popular recipe and for a good reason! It’s so delicious and a preferred fast food meal by many, thus this is the main reason why I decided to create a vegan version of it so we can all enjoy this awesome dish. 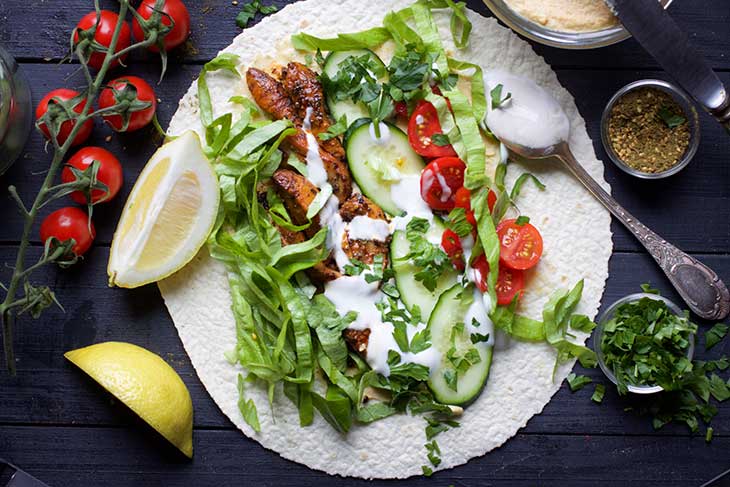 The traditional shawarma recipe is made with meat (poultry, lamb or beef), veggies and sauces all wrapped in a pita bread. It usually contains cucumber, tomato, shredded cabbage, herbs and sometimes even tabbouleh. You can also combine it hummus and tahini or make it similar to the Greek gyros and add some yogurt. 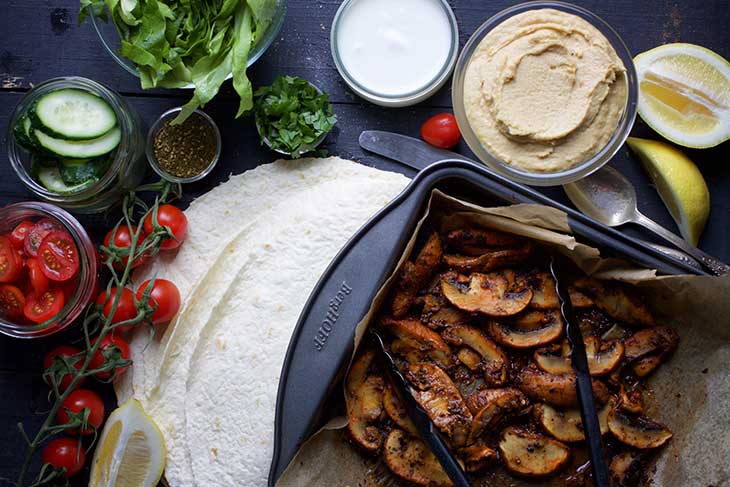 This Middle Eastern recipe originated in the 19th century during the Ottoman Empire period in Turkey. The preparation process of shawarma is grilling a vertical spit of stacked meat slices and cutting them in small shreds with a special knife. Then the pita bread is drizzled with sauces, veggies are added, meat and everything is wrapped together. Shawarma basically means “turning” in Arab as a reference to the rotating grill that’s used to make it. 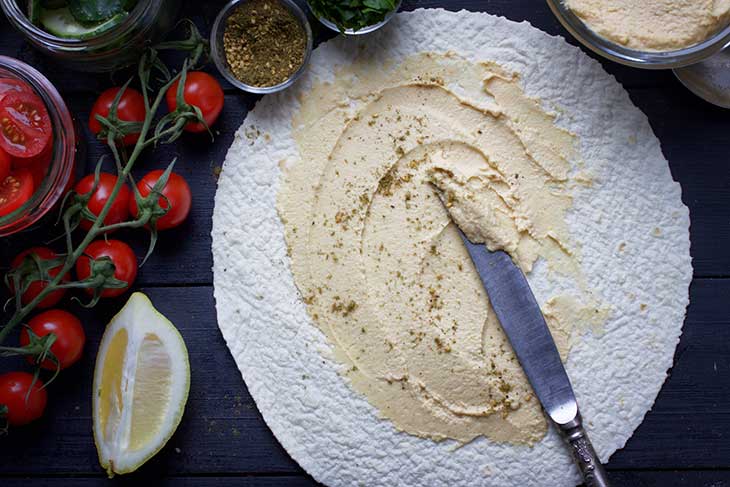 I wanted to make a healthy vegan shawarma recipe, with no frying, no heavy sauces and of course, no meat! 🙂 The result exceeded my expectation. Oven grilled Portobellos, previously soaked in a marinade are the perfect healthy substitute for meat! I loved it and hope you’ll enjoy it too! 🙂

P.S. Try this falafel wrap too! You’ll love it! 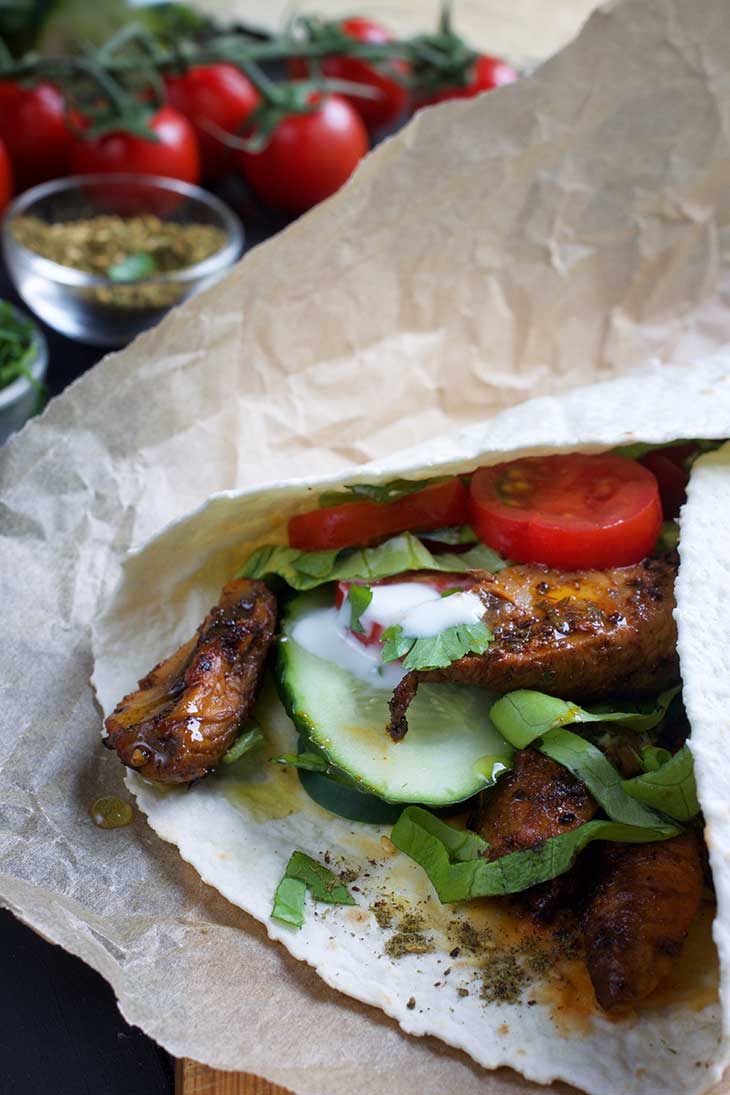 I’ve made this twice now and it’s amazing! The only change I made is that I added 1/2 tsp of dill to the sauce.

I'm trying this the first chance I get!

Actually, I have some oyster mushrooms I have to use, so I'll give them a go instead of the bell peppers.

Please could you print the nutritional values with weight watchers points??? Thanks so much.

Hi, Sandy! I have no idea what Weight Watchers is. :)) If it's counting calories, I will never post this on my blog as it goes against my principles. Counting calories seems counter-productive to me. Calories are not all created equal and what we should do is simply make healthy choices and have an overall healthy diet. If we avoid processed foods, fast food, refined sugar and eat normal portions is enough to maintain our weight or even lose any extra pounds. You can use cronometer to find the nutritional value for this recipe.