Feeling festive? The fruitcake is a very popular festive dessert served at weddings or at Christmas. Learn how to make the most delicious and healthy vegan fruitcake at home! Easy peasy!

Fruitcake (also called fruit cake or fruit bread) is a kind of cake which is typically served at celebrations, such as weddings and Christmas. It’s made with candied or dried fruit, nuts and spices, optionally soaked in strong alcohol. It doesn’t take long to make and you can decorate it any way you like, or even leave it bare.

Fruitcakes appear to bear quite a lot of history, too! The earliest recipe of this dessert originates from ancient Rome, and it involves pomegranate seeds, pine nuts and raisins. All of these were mixed into a barley mash. Honey, spices and preserved fruits were beginning to be used in the recipe ever since the Middle Ages. 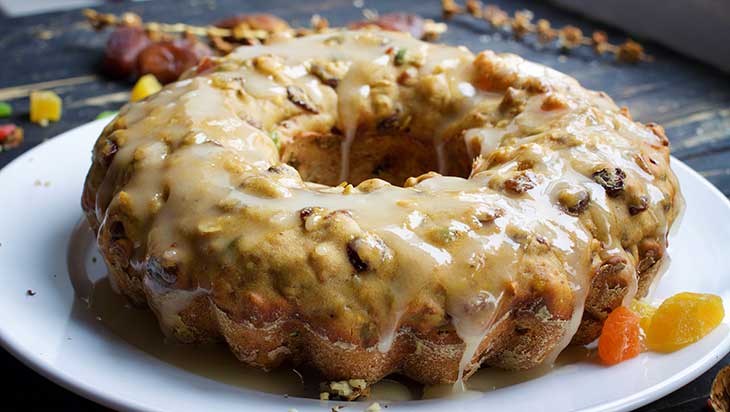 In the 16th century, people found out that high concentrations of sugar could preserve fruits, this resulting, of course, into candied fruit. From the 16th century on, sugar became widely available thanks to the American Colonies. This created a large amount of candied fruit, which, in turn, made fruitcakes more affordable and popular. They quickly spread all over Europe, in countries such as the United Kingdom, Portugal, Italy, Romania, and Spain, and each of those has its own recipe.

The recipes vary a lot in terms of ingredients and fruit used, and the reason has to do with the available ingredients available in those countries mentioned before and certain conditions as well. For instance, some church regulations forbade the use of butter during Lent. This was such a big deal for the fruitcake lovers that in 1490 Pope Innocent VIII gave a written permission known as the ‘Butter Letter’ or ‘Butterbrief’, in which he gave Saxony the permission to use milk and butter in their fruitcakes! 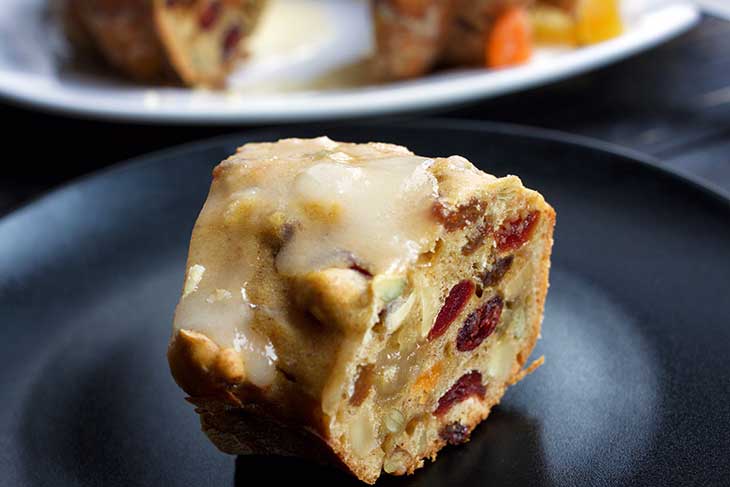 Now let’s talk about the different types of fruitcakes all around Europe, starting with…

In the United Kingdom, fruitcakes vary from very light to extremely rich and moist, meant to be consumed on their own. The traditional Christmas cake is round and covered in marzipan and white or fondant icing. They can be further decorated with mistletoe leaves and berries, as well as decorative Christmas figurines.

One amazing example of English fruitcake is the Genoa cake, containing currants and glace cherries amongst other ingredients. If you visit Scotland, you’ll find the delicious Dundee Cake, decorated with almonds.

If you want to make this even more British, soak the fruits into strong black tea. This will add a subtle flavor and will work amazingly with the cake’s moistness. 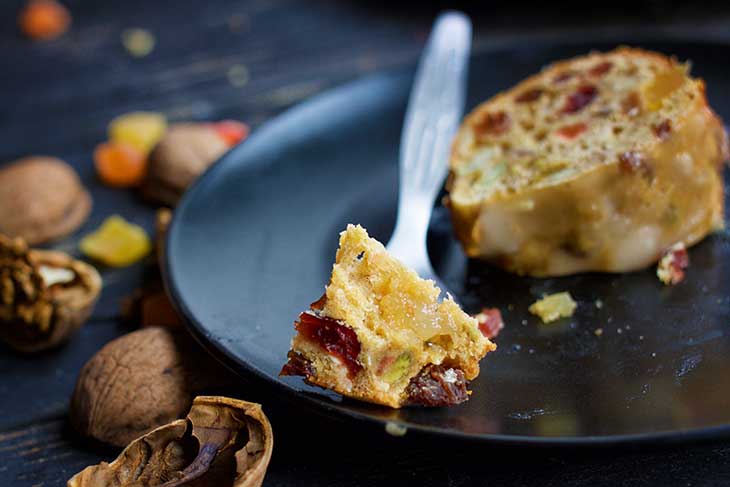 In Italy, you’ll find Panforte. This is a Tuscan fruitcake which was invented in Siena, in the 13th century. It contains heaps of spices for flavor. Another Italian version is called Pandolce; this one’s from Genoa, and it’s a bit denser. Panettone, probably the most popular Italian fruitcake, is a Milanese dessert served around Christmas. Its texture is similar to Irish barmbrack.

Bolo Rei is enjoyed during the Christmas season as well, and became a traditional Portuguese recipe during the holidays, though it was first made in France. It includes the famous fava bean, which means you will pay for next year’s cake if you’re unlucky enough to find it. 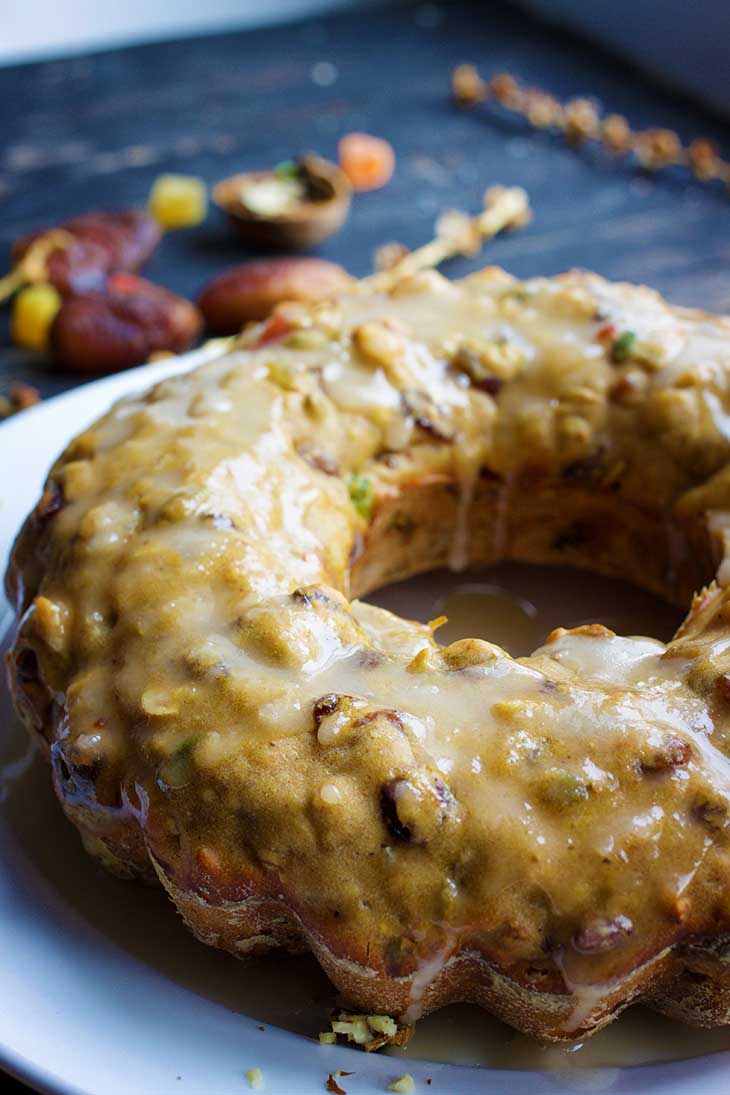 Cozonac is a traditional Romanian dessert served for every major holiday or celebration, including Christmas, Easter, New Year, and even funerals. The most basic version involves raisins and swirls of ground walnuts, sugar, and chocolate. Other popular variations include Turkish delight and even chocolate. It’s best served warm, next to a glass of milk.

Spain has the amazing Bollo de Higo, a cake made from figs, almonds or walnuts, plus different flavorings. It’s similar to the Italian Panforte. 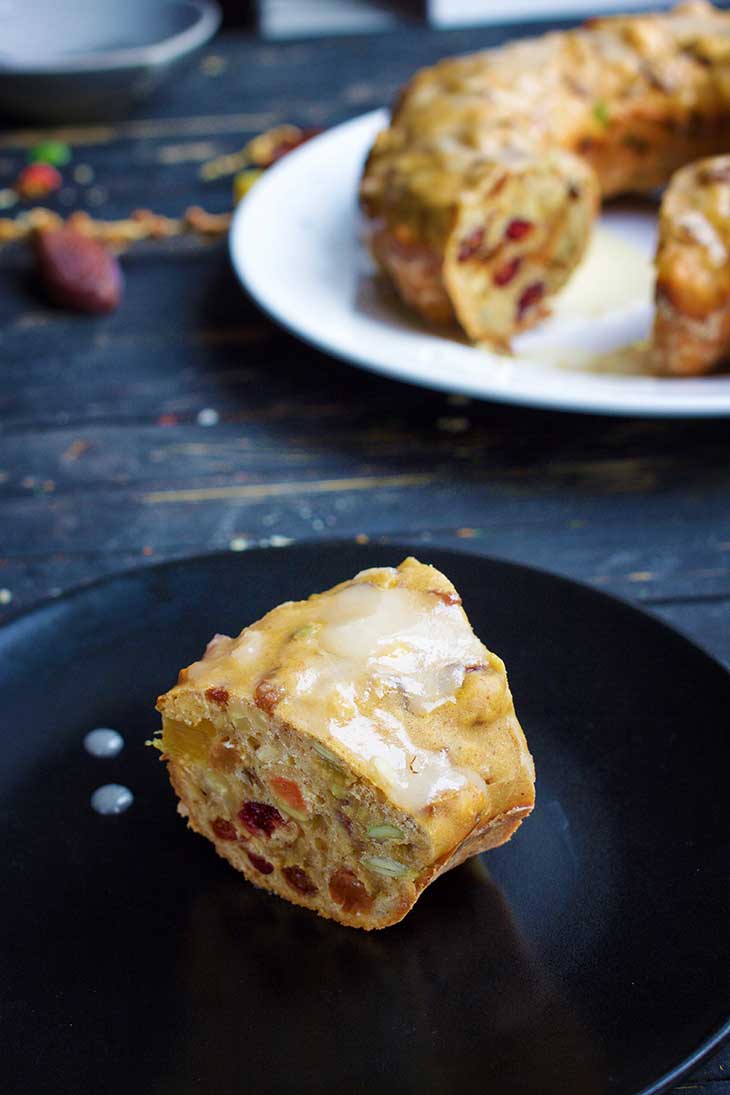 Making this cake at home can surely be a fun experience, and you can mix up the ingredients according to your own taste buds. You can use whatever mix of dried fruit you like and balance to your own preferences. For instance, you may hate raisins and would want to use cranberries instead – it’s totally up to you.

I seriously believe that fruitcake doesn’t deserve the bad name it gets nowadays. This mostly has to do with the fact that people slowly stopped making it at home and went instead for the supermarket versions. Believe me when we say: don’t do that! Supermarket versions are nothing like the real thing. Instead, plan a peaceful afternoon, when you know you’re free, and try making this vegan fruitcake at home. The recipe is extremely simple and highly customizable, so the results will be amazing because you can mix and match the ingredients as you please! You will be rewarded for sure. 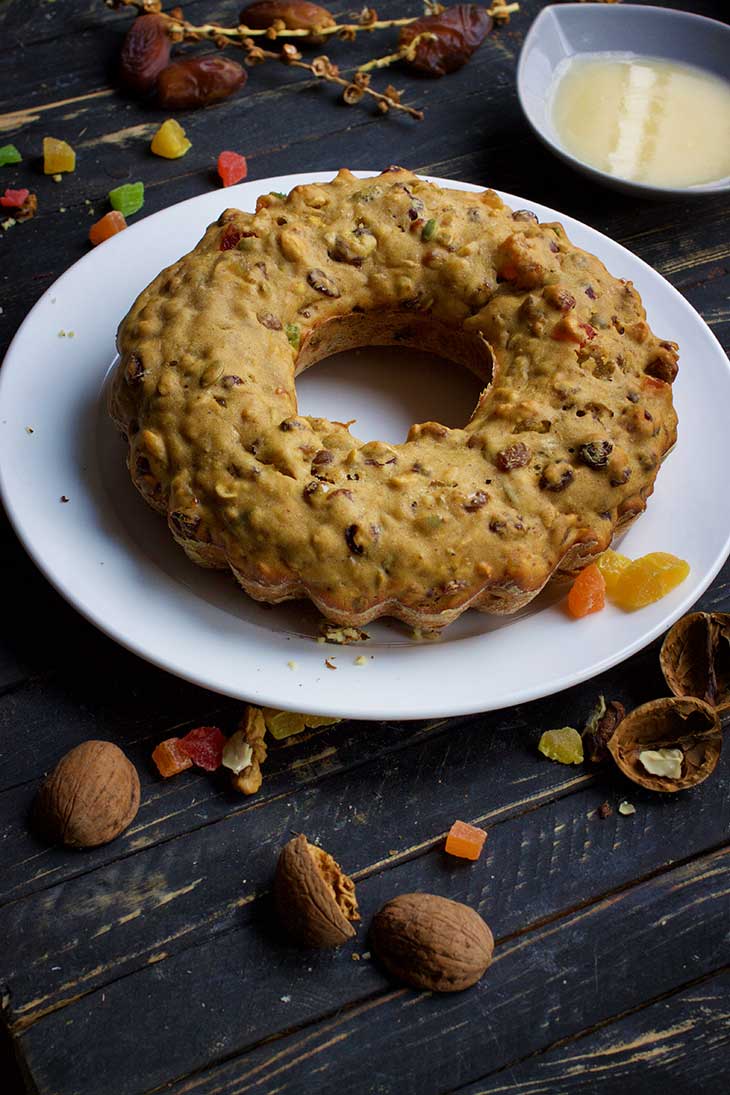 This fruitcake is simply amazing and the glazing as well! Love it so much!