Are you ready? I’m up with another Mexican dish for you! Here is how you can prepare cauliflower tacos with an incredible BBQ flavor that will make you fall in love!

If you clicked on this recipe then it’s probably because you enjoyed my last taco recipe! If that’s not the case, then hello and get ready for a super delicious taco recipe, this time with an even better summer vibe because we’re adding some BBQ flavors!

You don’t have to think that your barbecue days are over just because you decided to follow a vegan diet – moreover, the recipe I am going show you will help you make your friends fall in love with vegan food and encourage them to try it themselves! 🙂

I’m excited to tell you that I’ve managed to come up with this incredibly tasty technique that resulted in something amazingly close to BBQ wings. This version, though, is vegan and cruelty-free, so I’m saying it’s much better than the original version! 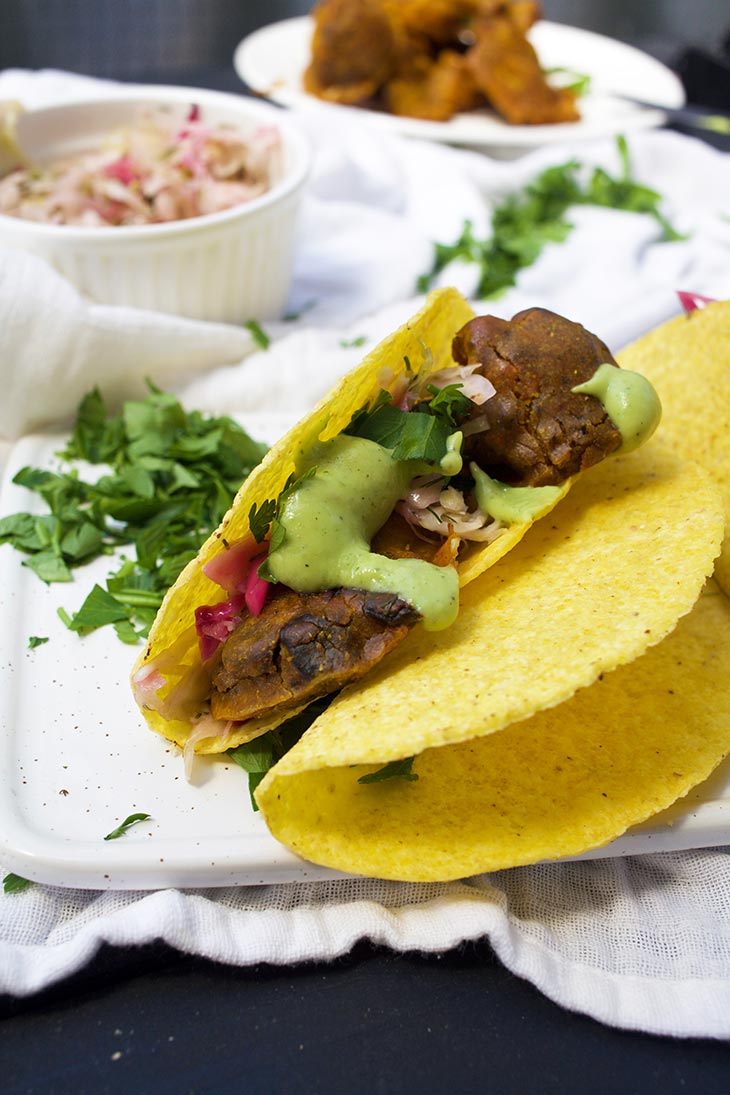 For health benefits, I’m constantly trying to sneak in more cruciferous veggies into my diet such as cauliflower, cabbage, kale, garden cress, bok choy, broccoli, Brussels sprouts, and similar green leafy vegetables, which are loaded with vitamins, fiber, and even contain cancer-fighting properties.

By the way, did you know that cruciferous vegetables are vegetables that belong in the Brassicaceae family, getting their name from the New Latin word “Cruciferae,” which means cross-bearing, due to the cross-like shape of their flowers! 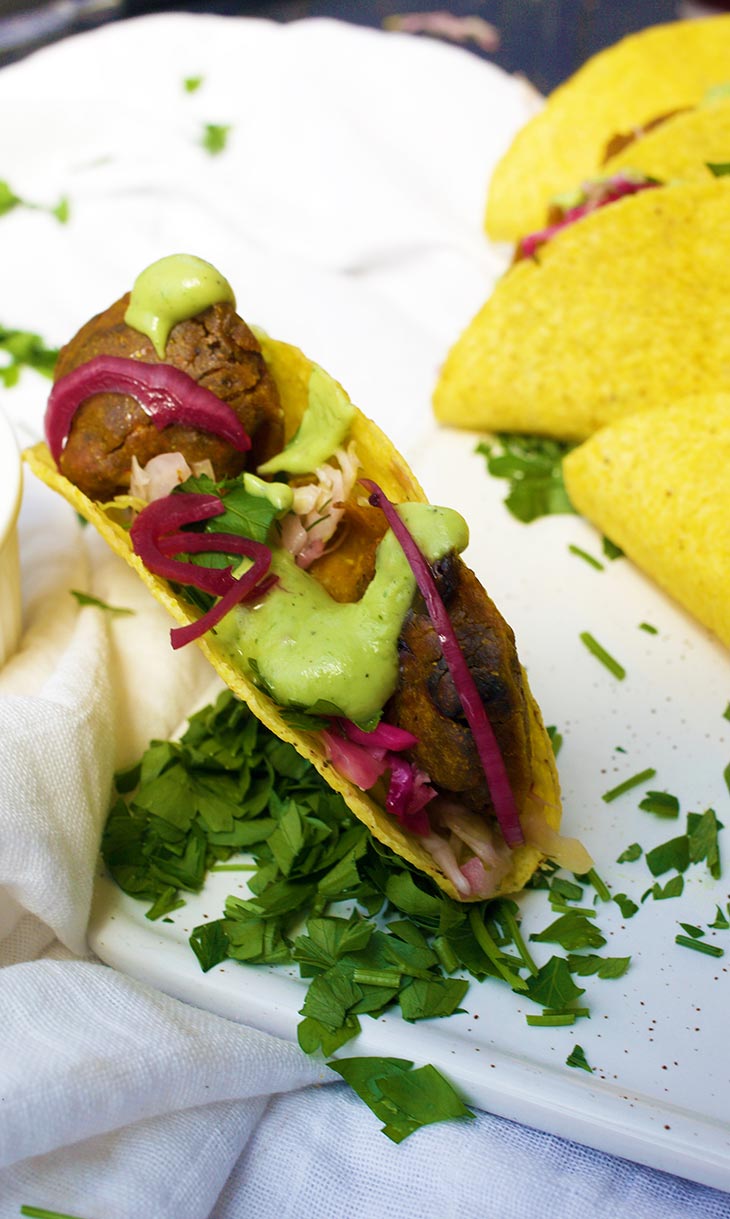 Just so you know, cauliflower has this super awesome power to shapeshift into several meals, but only if cooked properly. Among its abilities, we have cauliflower rice, cauliflower wings, steaks and…cauliflower pizza crust.

Hold on a minute, pizza crust? Yep, you’re not seeing double my friend, I have another surprise coming for you – but for now, let’s get back to our BBQ tacos! 🙂 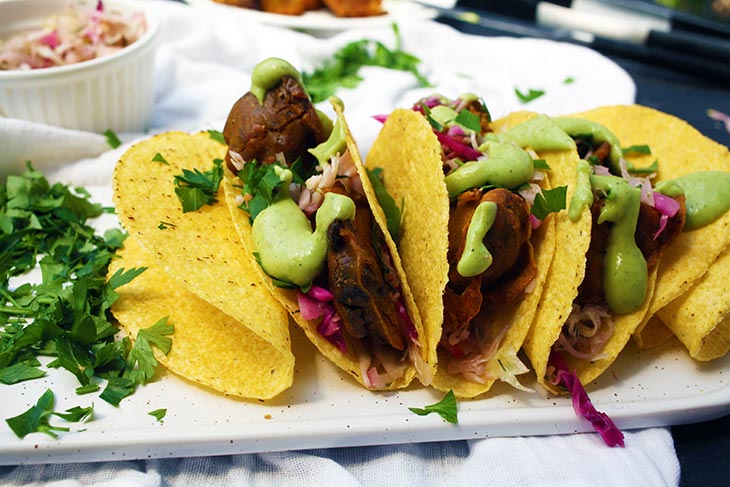 By the way, did you know that there are some groups of Mexican entrepreneurs who have tried to make an official Taco Day (“Dia del Taco”) on March 31st? Right now, unfortunately, it is not official, but we can organize to have a Dia del Taco in our kitchen right now! 🙂 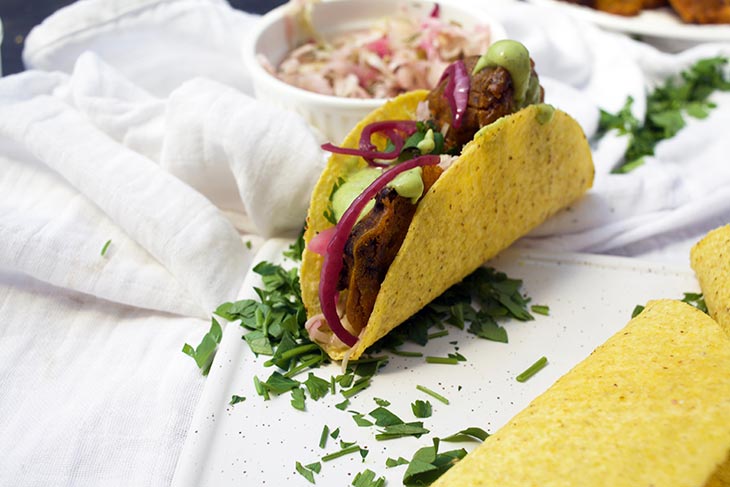 For inspiration, we can take a look at these traditional ways in which we can prepare tacos:

As we can see, there are lots of possibilities on how to improvise with this versatile Mexican dish, and the main components of a taco are usually tortillas, meats, toppings and optional fillings such as onion, coriander, guacamole, hot sauce, and lemon juice. 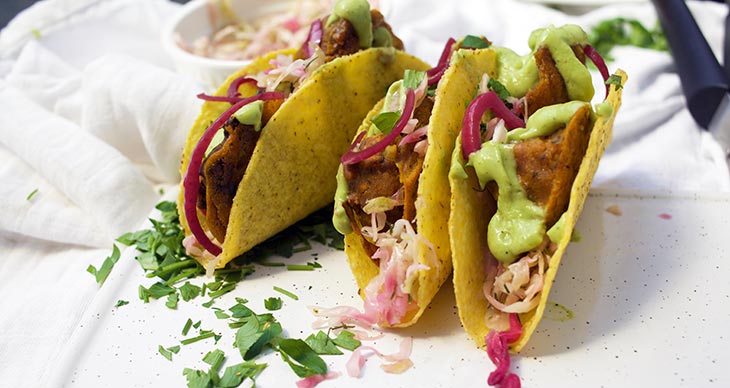 This version of cauliflower tacos, even though it can be classified as “vegan comfort food”, I assure you that it’s a whole lot healthier than any of that pre-packaged stuff in the store.

In Mexican cuisine, the traditional base is corn, as well as other indigenous foods such as beans, avocado and tomatoes, and pepper, accompanied by rice. But for today’s recipe, I have come up with a “magical” mix of spices and herbs that will transform some simple cauliflower into a delicacy! By the way, these vegan cauliflower tacos are served with guacamole dip! 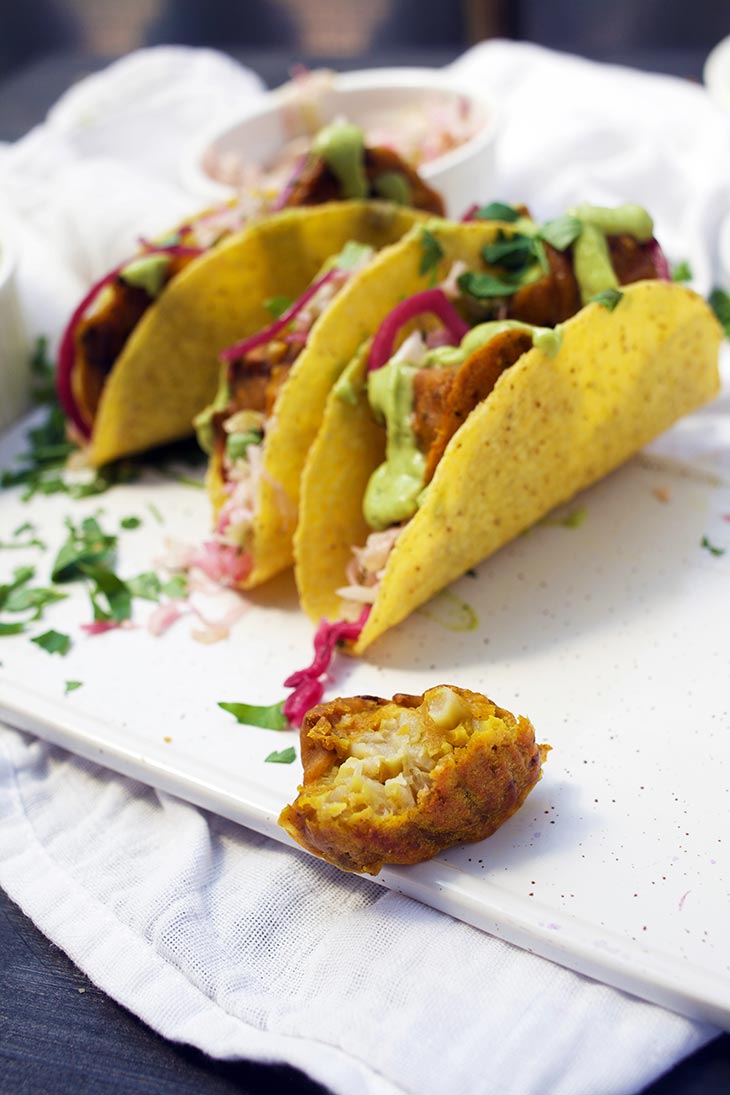 But please be warned – with the right amount of spices, you may end up unable to stop yourself from feasting on these right over the kitchen sink before serving up dinner for everyone! 🙂 Guilty as charged here, but I know you’re guilty too, so we’re not to blame because it’s just so tasty! 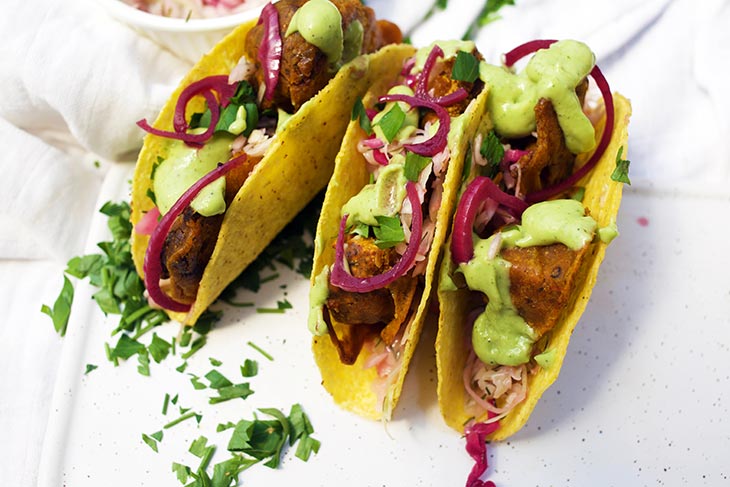 Thank you! Happy to hear you liked the recipe!