This is a super-easy, super-delicious raw Easter cheesecake, made with raw vegan cashew sweet “cheese”, raisins and almonds crust.

A few days ago I received a very specific request from Costin. He saw a delicious raw Easter cheesecake recipe on a website and asked me to make it for Easter. You probably don’t know, but here in Romania, we have a traditional cheesecake recipe we make for Easter only. It’s called “pasca” and it’s a soft, yeast bread with sweet cheese and raisins filling. Here’s how the traditional Romanian ‘pasca’ looks like, on Roxana’s blog.

Because I recently gave up all dairy and gluten products, I decided to transform this traditional Easter cheesecake recipe into a healthy, delicious, raw vegan dessert. I wanted to make it look and taste just like the real thing! I think I got pretty close! 😀

Instead of sweet cheese, I made a delicious cashew cream with raisins and vanilla flavor. The crust was made with raisins and raw almonds. This turned out great! I also added some poppy seeds for some extra texture. Hope you won’t see it in the photos, but I had a “little” accident with the poppy seeds…hence that black area on the cheesecake :D.

Oh, I almost forgot to mention, this raw Easter cheesecake is ready in just 15 minutes! How awesome is that?!

Will you add this recipe to your Easter menu? 😀 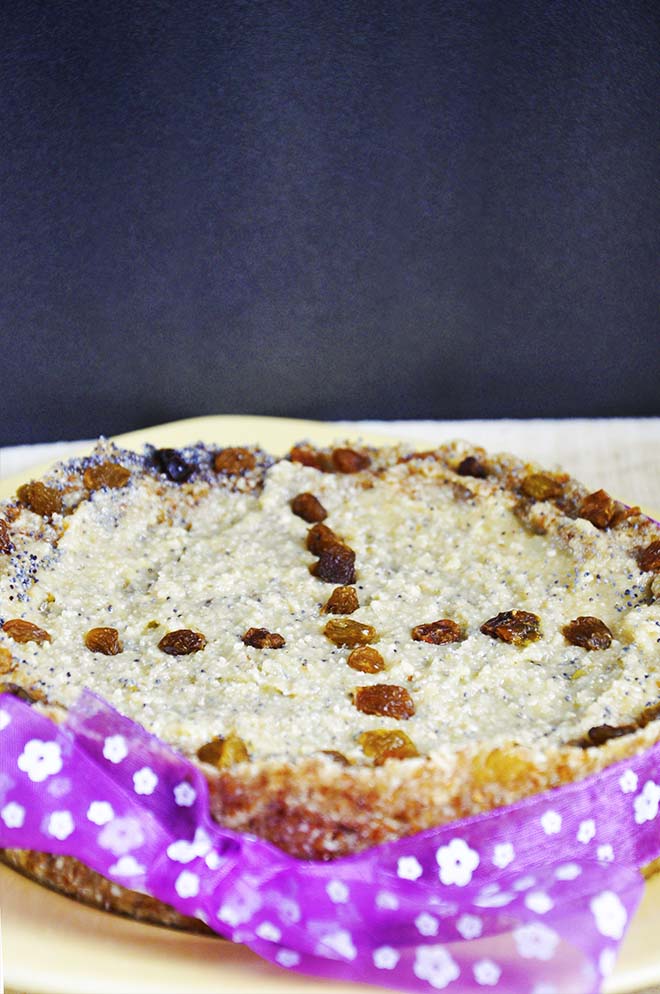 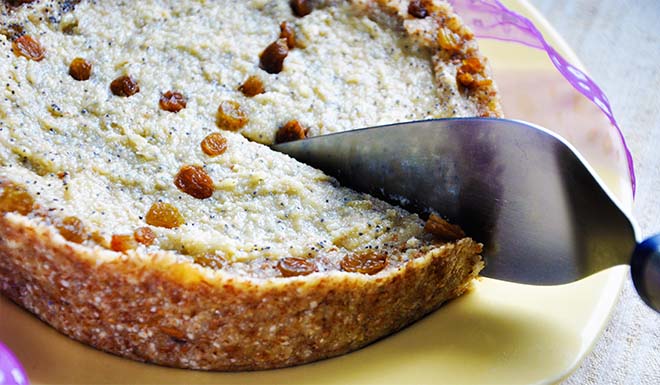 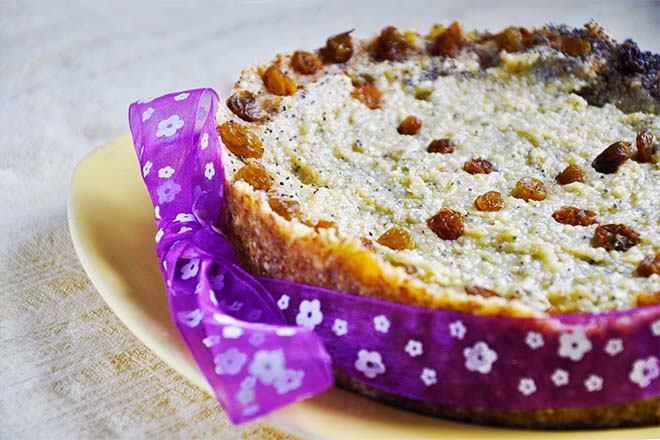 This is the first raw recipe that I try EVER and I'm in love! :) Thank you!

Wow that's so different - a must try!

Thanks Jo! Glad you like it! It's also super-easy to make :D