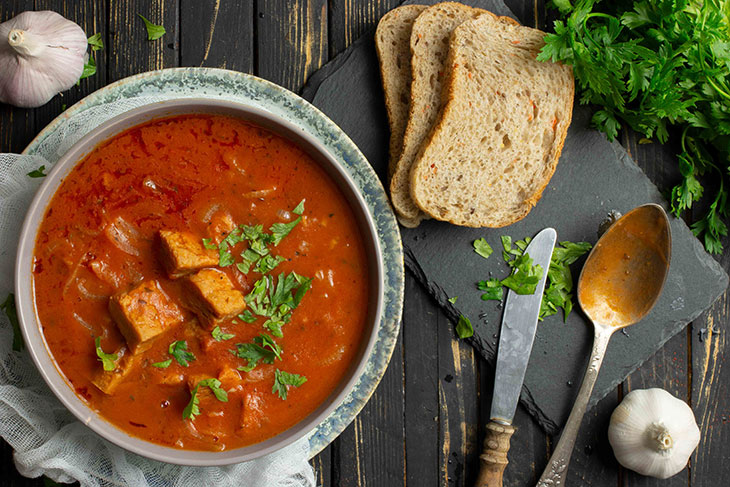 Let me elucidate this mystery for you. Goulash is a traditional Hungarian dish (Gulyas), something between a soup and a stew. The authentic recipe includes beef cubes, soup veggies such as carrots, red bell pepper, and potatoes, onion, paprika (the main spice!) and that’s about it.

Sounds simple, right? It’s because it is! The traditional goulash is an excellent example of how a handful of simple ingredients can create an intricate dish, bursting with flavors. 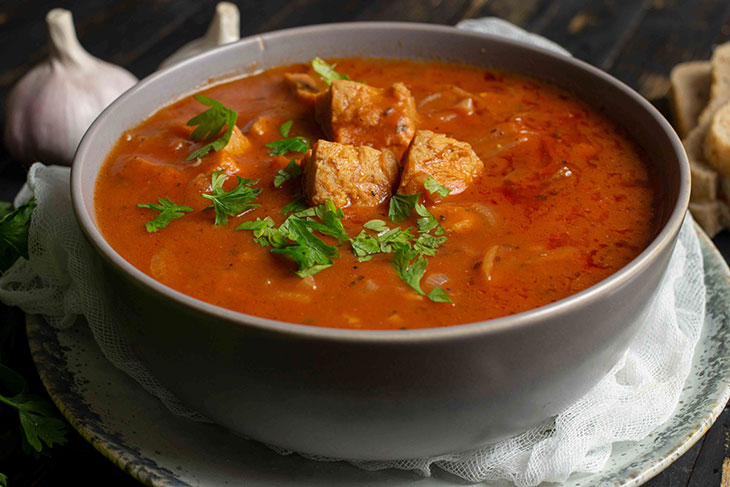 A bit of a disclaimer here. If you’ve tasted goulash in America… no offense, but chances are that your dish has little to do with the real deal. As with any other good recipe, the goulash has been transformed over time and, in the USA, people usually serve it as a stew, with lots of macaroni and beef inside, tons of tomatoes, and cheese on top. Blasphemy? Probably, but I’m not the one to judge. After all, people can enjoy food as they want, just know that the traditional goulash is… a bit different than that.

And because I love a good goulash, I’ve decided to transform the traditional recipe into a vegan one. After all, why not? I’m sure that all my recipes on the blog have convinced you that you can turn literally ANY dish into a vegan one, without missing on any authentic flavors or nutritional contents. The same goes with this vegan goulash soup!

Even though this vegan goulash soup has absolutely no trace of meat in it, I solemnly swear you won’t miss it at all. I decided to replace the beef with textured soy protein cubes (TSP cubes) this time, as I truly believe it perfectly mimics the meat’s texture. And I’m extremely happy with how everything turned out! 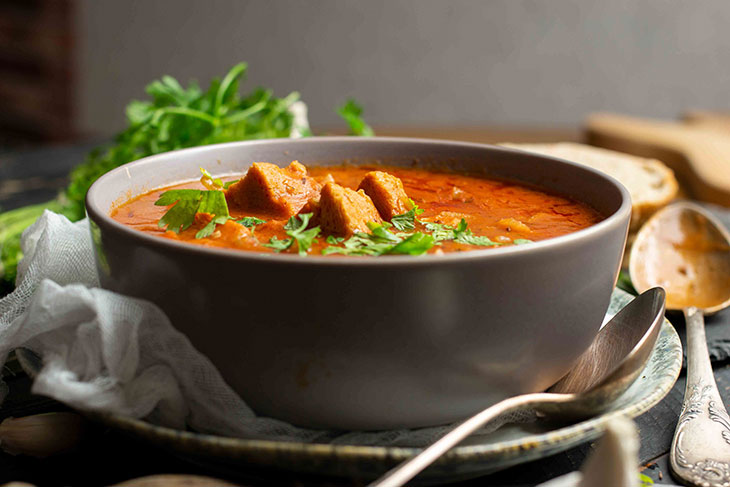 Now, when it comes to a good goulash (and I mean a finger-lickin’ one), paprika is its essence. After you cook the onion and garlic in a pan until it gets translucent, you add the spices, paprika above all, in order to lock in the amazing flavors. And if you want to take everything to a whole new level, make sure to use smoked paprika instead of the classic one. It makes a world of a difference, mark my word! 😉

Healthy, hearty, and chunky. What more can you wish for? And the flavor is simply unbeatable. I think a big bowl of vegan goulash soup is the perfect solution for a gloomy day or evening. You can make yourself comfortable on the sofa while indulging in some comfort food. Self-care at its best! 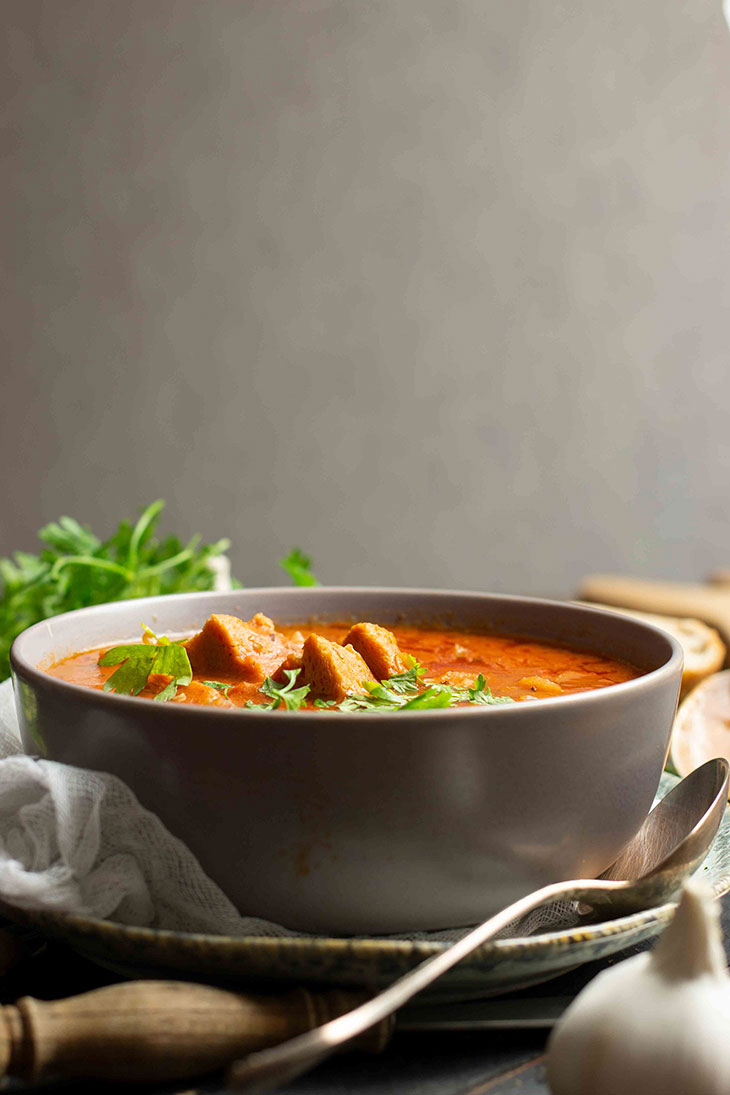 Regardless if you’re from Central Europe or not, I recommend making an authentic goulash soup at least once in your lifetime. I promise you won’t regret it! And it works wonderfully for family dinners as well, when all your loved ones are gathered around the table, waiting for something delicious to be served. When you’ll reveal to them the goulash, I’m sure everyone will be impressed. And if you’re feeling uninspired, you can even prepare some vegan goulash soup for the holidays. After all, December is the best month for hearty soups and stews!

Ah, and let’s not forget about another important factor here: this vegan goulash soup is affordable, as it’s made with cheap ingredients. Talkin’ about a perfect dish! This is why I recommend it to students and families as well – and it can also work for meal prep.

If I think about it, I guess I can say that this vegan goulash soup is a bit similar to my beans soup or to this sauerkraut soup – it’s just as filling and delicious, although the three of them have pretty different flavors. 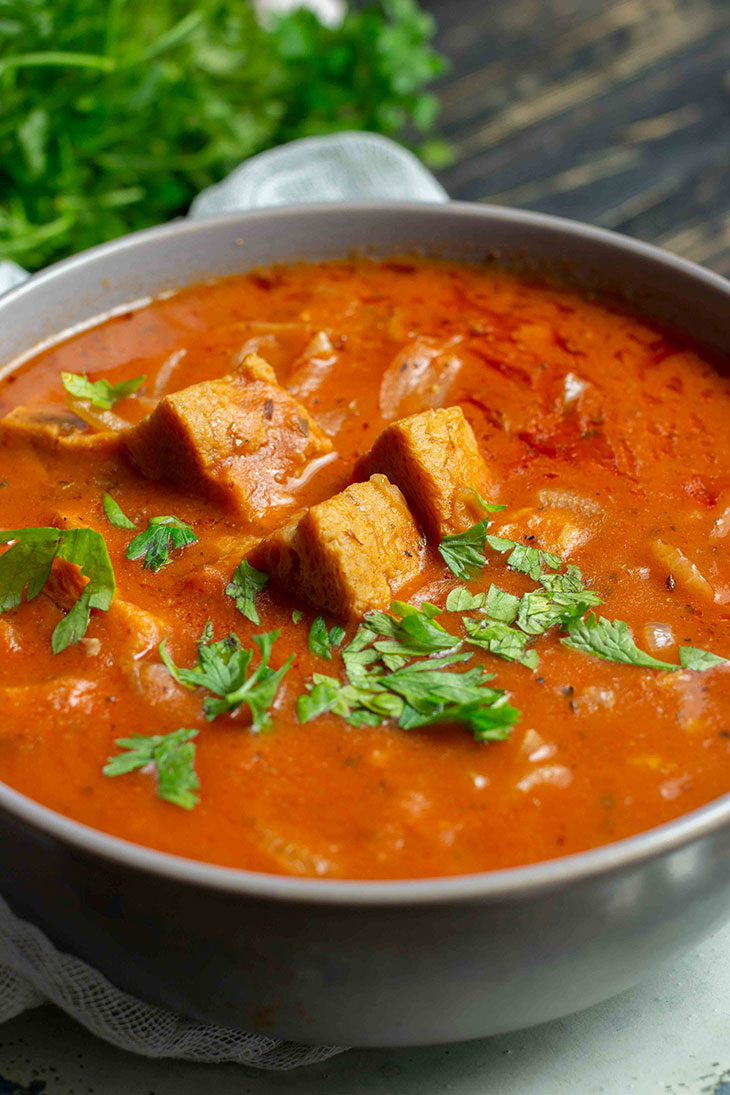 Okay, are you convinced? If the answer is yes and you’re planning on doing this awesome vegan goulash soup soon, please don’t forget to come back here and let me know how it went. I’m so curious! I hope you’ll enjoy it. Happy cooking! 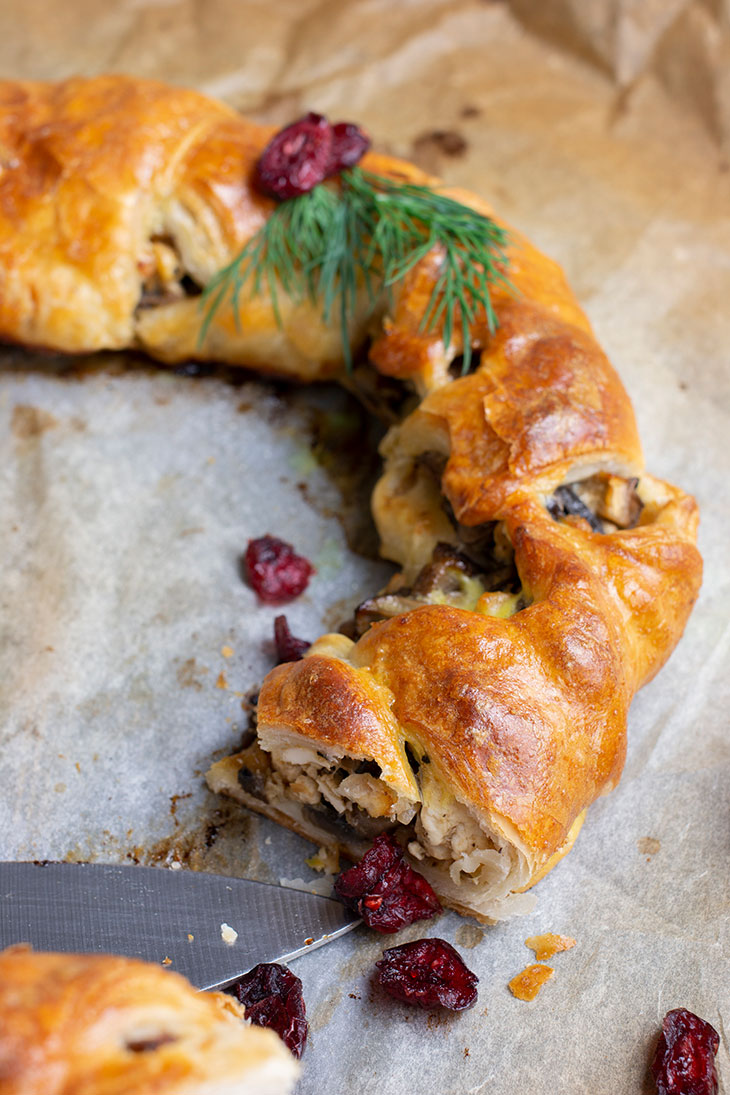 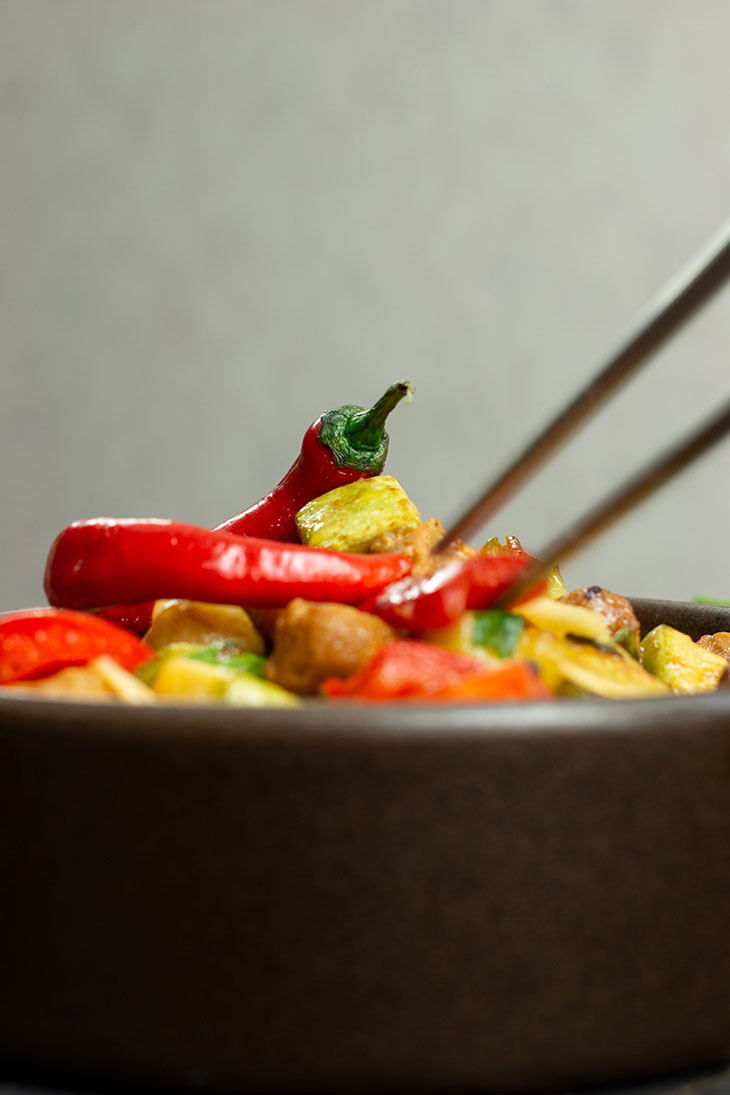 Stew, soup, doesn't really matter to me. Thing is: it's SO GOOD! ❤️