Learn how to make an awesome Mexican cuisine dish with vegan and healthy ingredients! These vegan taquitos are the perfect lunch when you’re short on time!

Mexican cuisine is a wonderful place where you can discover some ways of cooking that you’ve never thought possible. It is a cuisine full of great tastes and wonderful aromas! The Mexicans have taught the rest of the world how to properly spice their meals. Their rich culture of plants (such as chili peppers) has permitted them to invent new levels of spiciness that have taken the rest of the world some time to get used to! 🙂

Mexican cuisine also includes tons of accessible foods and dishes, though. Tacos, quesadillas, burritos – all these have taken the fast-food industry by storm when they first became imported into the United States.

Mexican restaurants kept opening up everywhere, and they eventually extended throughout Europe as well. Nowadays, everybody knows what a taco is, and most people still haven’t gotten over the soft shell vs hard shell debate.

Tacos are probably the most popular item of Mexican cuisine. And then the natural evolution for any food trend happened – so now we have taquitos as well – they’re like tacos, but smaller! 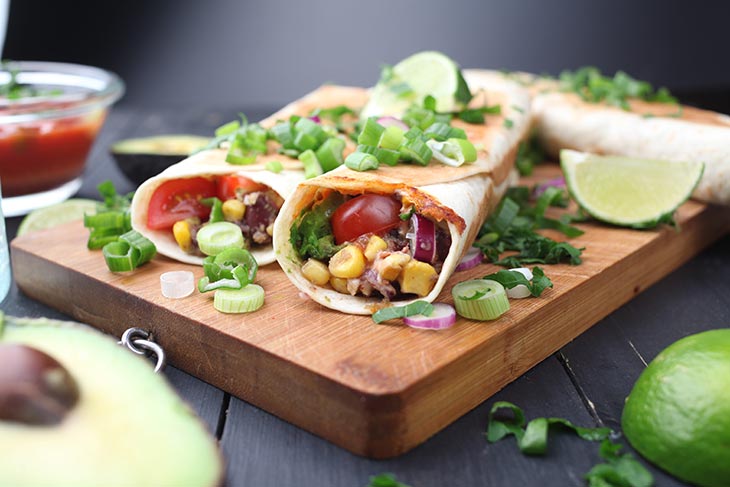 Taquitos are made out of a rolled taco shell and are full of delicious, flavorful ingredients. These ingredients can vary from region to region, and depending on your taste, taquitos can be vegetarian or even vegan, just like today’s recipe! 🙂

Today we’re going to take a look at vegan taquitos. I’ll be showing you the ways in which they can be prepared and how versatile a snack they can be! Vegan taquitos can be as difficult to make as you want them to be.

This depends on whether you want to make your own shells or not. If you’ve never made Mexican food before, you could use store-bought, but if you have some free time and a desire to experiment in the kitchen, I advise you to try and make taco shells at some point, it’s a good skill to have in the kitchen!

Next up is the filling – so what should we put in our vegan taquitos? Well, meat, cheese, and eggs are out of the question, obviously, this is a vegan recipe! You might like red beans, red onion, corn and vegan mozzarella (or any other type of vegan cheese) as the base ingredients in your taquitos. 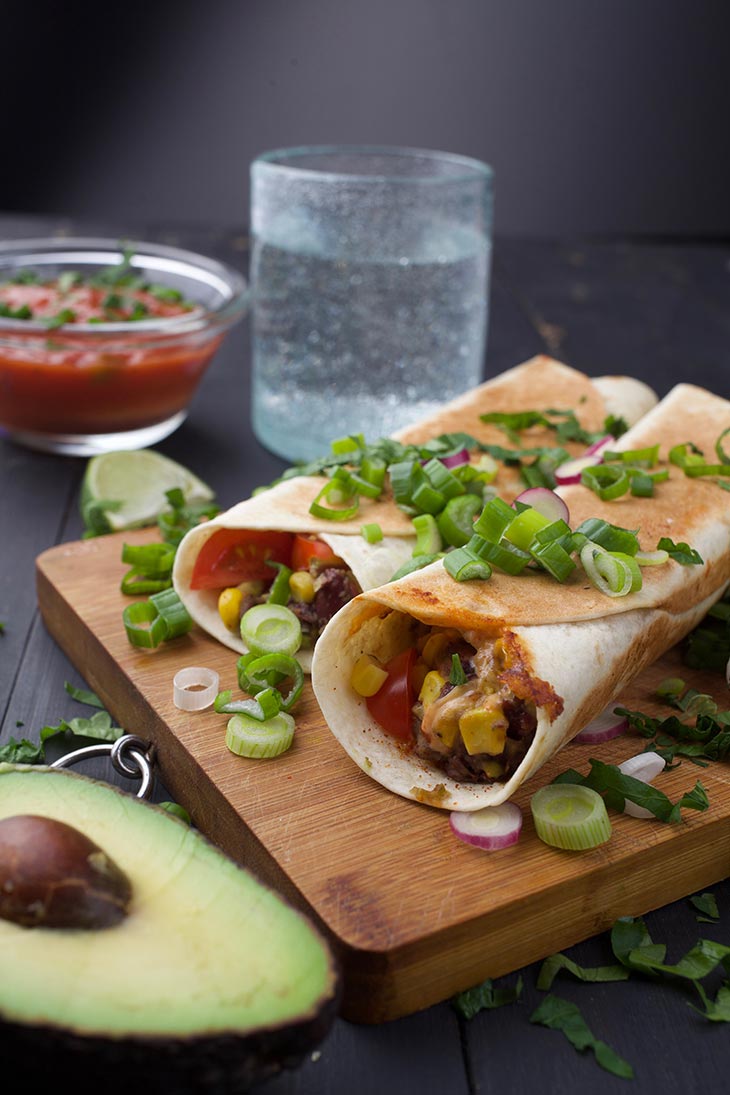 There’s a certain formula to this, to make it easier. You usually need one soft ingredient that will melt when deep-frying the taquitos, some chopped vegetables that will cook nicely together and some aromatic powders or sauces of your choice.

If you can take it, I would recommend some fresh chili pepper as well, as taquitos are naturally meant to be spicy! 🙂 If you’re not into spicy food, however, don’t fret – there are many more delicious combinations to be tried here!

Taquitos are a fun snack, which can be made in a relatively short time. You might not feel like cooking them when you’re exhausted. You can make more when you have the energy and place the rest in the fridge – they keep very well, indeed! When you feel tired and taquito hungry, just take them out and run them through your favorite sauce! I almost forgot, and this seems like the most important part – the sauce! There are many sauces that go well with taquitos, but you should think about pairing the sauce with whatever you decided to put in the taquitos themselves.

I like using a Chipotle-style sauce, but you can decide for yourself – maybe you want to use a new sauce you got from the supermarket or, who knows, maybe make one yourself! The world is your oyster, or should I say your taquito? 🙂

Vegan taquitos are a great party snack. If you want to make it special, make a bunch of vegan taquitos, fry them and then put extra vegan cheese on top of the lot before they cool down.

This way, you don’t need to make a dip – it’s already on them! People will love these. Even hardcore meat experts will agree that these taste pretty similar to their favorite taquitos. And there’s no fuss and no cruelty involved, either!

These go great with a family picnic as well, now that I think of it! Either way, they are an absolute symbol of good times with the ones you love. I hope you’ll enjoy making these taquitos as well! If you have any questions or advice, don’t hesitate to tell me all about it!

Very flavorful and easy to make. Thank you, the entire family loved these (we're big fans of the Mexican cuisine)! :)

So happy you and your family liked it! :D