Hummus, my love. I don’t think I’ll ever get tired of experimenting with new flavors when it comes to hummus. I eat it often and it has become quite a joy to try out new ingredient blends. This time I added an unusual extra ingredient to my basic hummus recipe – marinated eggplants! I discovered marinated eggplants about an year ago and I’ve been using them ever since. I will also show you how to preserve marinated eggplants so they will last you all year round! 🙂 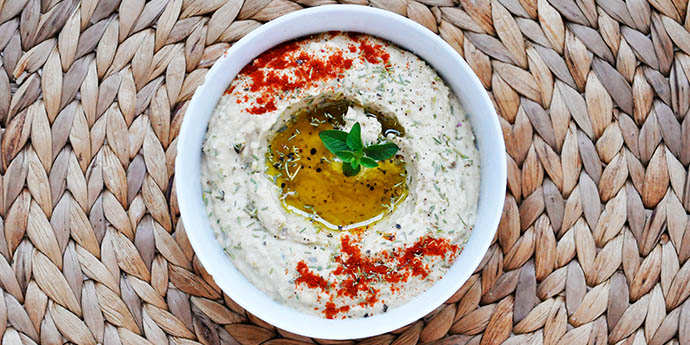 You should remember not to add any lemon juice in this marinated eggplant hummus recipe. Also, add less garlic. No need to add any olive oil, maybe some drizzles on top but that’s it.

I’ll show you below how to make marinated eggplants preserve. The quantities mentioned below are for 3 x 600g jars and you can keep them in your pantry for over an year. They will last, just as pickles do.

[later edit] I forgot to mention that you should make the marinated eggplants ahead. It’s best to have these in the pantry and use them when needed. If you want to make the hummus right away, you can cheat and make the basic hummus recipe + lightly fried eggplants only. It’s not the same of course, but still good. The marinated eggplants should stay in the jars for a minimum of 1 month before using them, so that they will be lightly pickled and have a garlicky flavor. Once you open the jar, you should store it in the fridge. 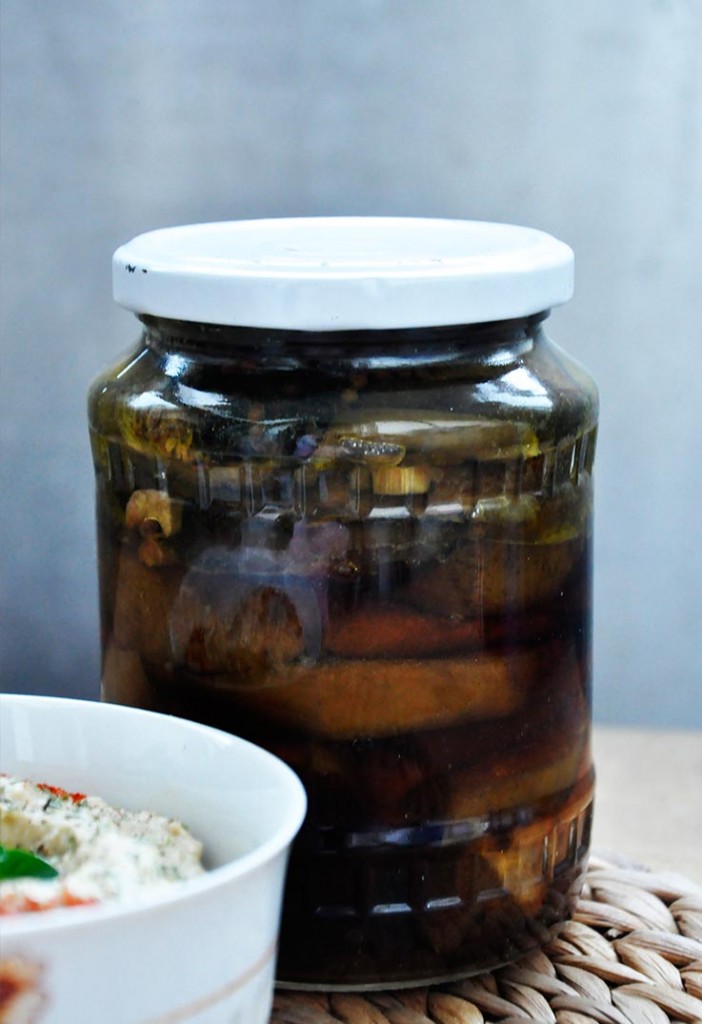 The prep time is for eggplant hummus only. 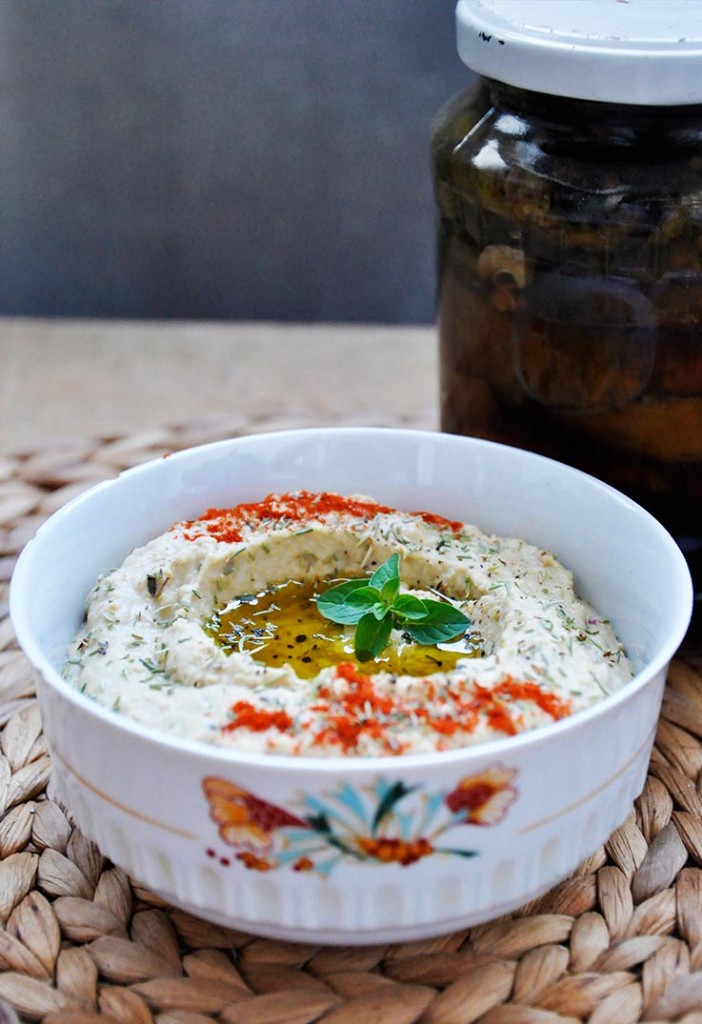